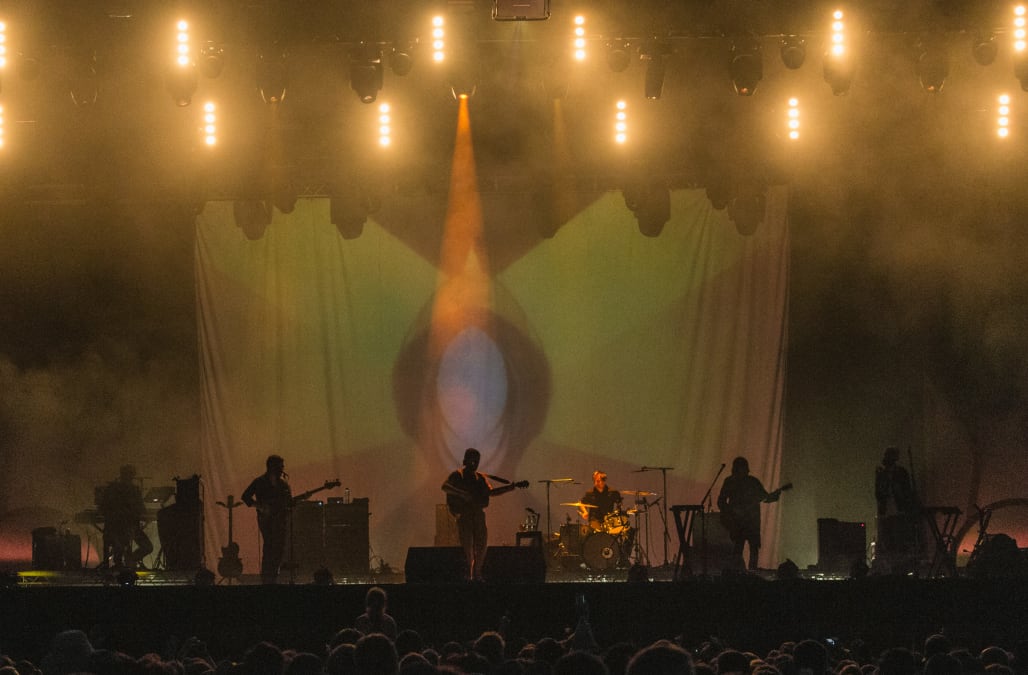 Fleet Foxes are most definitely a romantic band with their sweet folk sounds and poetic lyrics, and on Sunday (July 16) the group made two fans' dream proposal become a reality. On the closing night of the major U.K. music fest Latitude Festival, Fleet Foxes helped organize a proposal by bringing a couple on stage during their headlining set.

During their main stage performance, the band brought up the couple, Jack and Molly (as revealed by Molly's mother on Twitter). As Jack got down on one knee to confess his love and propose to a teary-eyed Molly, she -- of course -- said yes.

Watch fan footage and read tweets about the engagement below.