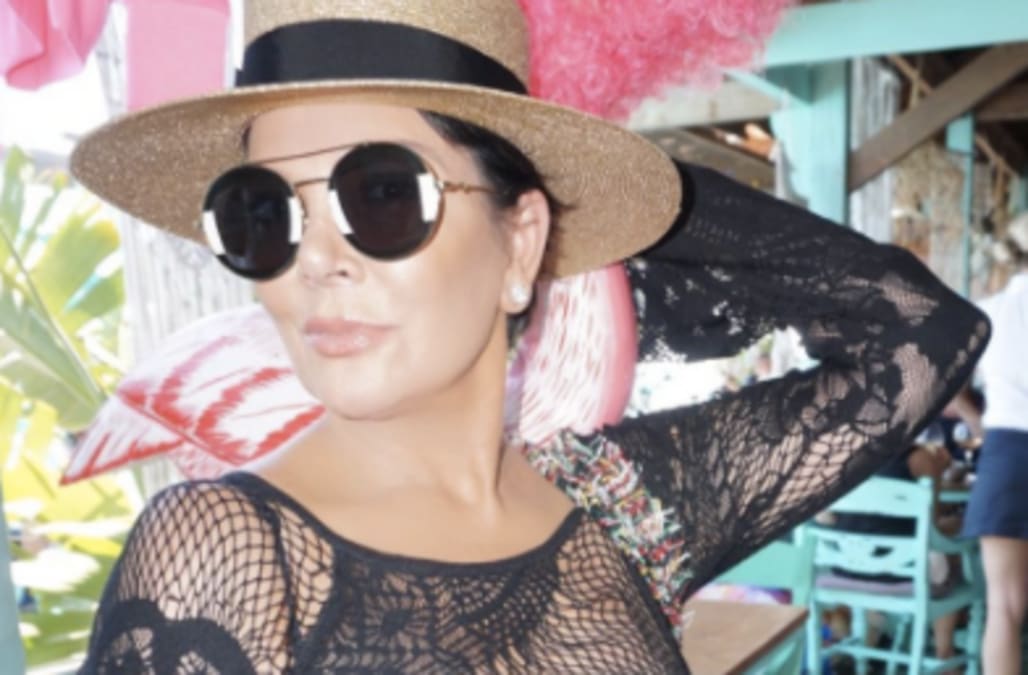 Kris Jenner is living it up in France!

The 61-year-old matriarch of the Kardashian family has been soaking up the sun while living on a yacht off the coast of France for the past week or so, and she's been sharing a slew of epic snapshots from the luxury vacation.

Jenner called the yacht her "happy place" in her first social media snap from the trip, and we can see why: The "Keeping Up With the Kardashians" star has been beaming in all of the photos she's posted and has never been without a smile.

Between her see-through crochet cover-ups that she's been wearing over teeny bikinis and a super fun, silk Pucci dress that she wore while dancing around her yacht, Jenner has been killing the fashion game, as well. Friend and makeup artist Joyce Bonelli, who joined Jenner on the trip, called Jenner her "muse" in a fabulous snap of Jenner standing on a couch.

The latest photo from her lavish vacation shows the mother of six posing in a restaurant while wearing one of her see-through cover-ups, a black two-piece suit and a chic sun hat.

See all the photos from Kris Jenner's vacation:

More from AOL.com:
Aaron Carter fires back at brother Nick's tweet after arrest: 'Why wouldn't he call me directly?'
Delta calls Ann Coulter tweetstorm 'unacceptable and unnecessary'
George A. Romero, father of the zombie film, dies at 77