The 'Game of Thrones' premiere was surprisingly hilarious 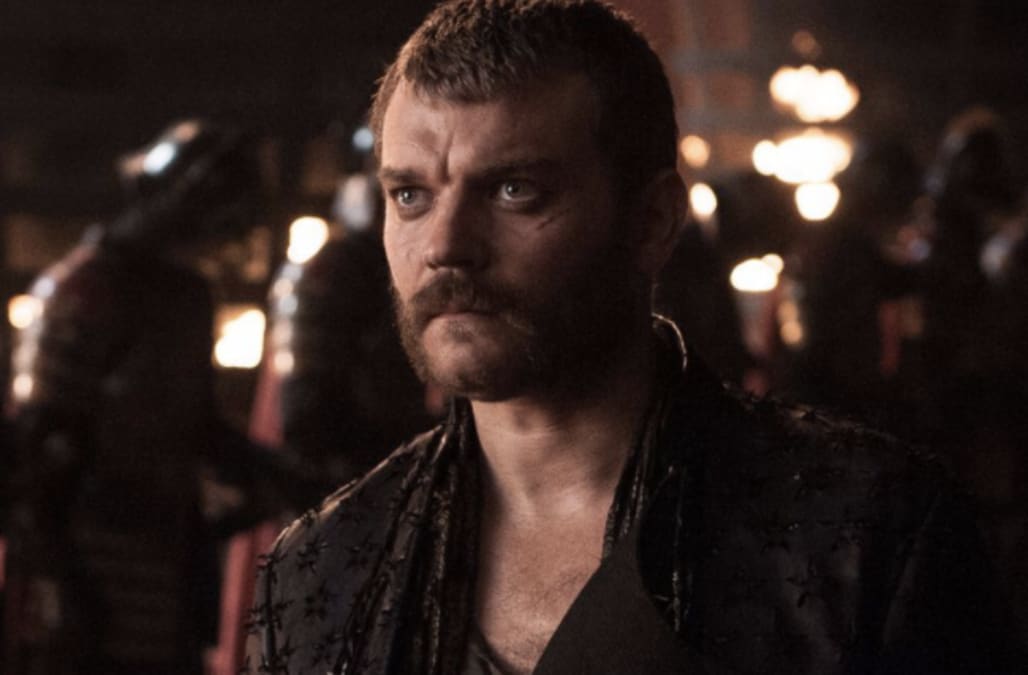 Game of Thrones is a lot of things — but funny isn't usually one of them.

But that all changed in "Dragonstone," the first episode of Season 7, which featured more laugh-out-loud moments than the show has had in years.

That's probably due to the fact that showrunners David Benioff and Dan Weiss wrote the premiere (they also scripted another of the show's most memorably quippy episodes, "Kissed By Fire," back in Season 3), and since no one we love died or was horribly tortured in the episode, maybe they thought there was no harm in giving us a few jokes before the shit hits the fan.

9 TV Shows Like Game of Thrones for Teens
Avatar: The Last Airbender/Legend of Korra, 9+, streaming

Beloved by tweens, teens, and parents, these wonderfully written intertwined tales have rich characters and a mystical plot that references legends of long-ago cultures rooted in unity with Earth's elements. Sound pretty deep for a cartoon? It is, and it's also tons of fun.
​How it's like GOT: Rich storytelling, headstrong heroines, and elemental battles (Khaleesi's dragons breathe a mean fire, but they're nothing compared to Korra's water-bending skills).

The Doctor has been around since the '60s, and his history goes back way further. He is a Time Lord, after all. The show is more sci-fi than fantasy, but its scope and quality make it a GOT peer. Kids will like all the action and perilous predicaments, though the main character always manages to escape his own demise (unlike many GOT characters).
​How it's like GOT: It's got a nimble sense of gallows humor that teens will appreciate and an epic catalog of threatening entities that must be defeated.

A goofy adventure with an Indiana Jones vibe, this series follows a group of librarians tasked with caring for the world's magical objects. Pretty cool job, right? The Librarians doesn't take itself too seriously but is still packed with great characters, fantastical plots, and daring exploits.
​How it's like GOT: Lots of fun action and choreographed fights, with just a hint of magic.
Once Upon a Time, 12+, ABC

Disney versions of classic fairy tale characters face challenges in Storybrooke, Maine, as well as in a parallel world filled with magic and mystery. While it's a little too mature for young kids, teens should love seeing these alternate versions of their childhood heroes deal with all kinds of decidedly grown-up problems.
​How it's like GOT: Conflicts among characters are often solved by sword fights, death threats, and murder -- and much of the story is clouded in a sense of peril and shifting loyalties.
Xena: Warrior Princess, 12+, streaming

With a reboot coming up soon, kids can get to know this powerful, independent gal a little early. Like Arya Stark, she's got sword skills and some serious inner strength. A fun mix of history and fantasy, this cult classic has stuck around for a reason.
How it's like GOT: It's set in a mythical world with lots of swordplay and its fair share of bare midriffs and sexual innuendo (think Star Trek-level, not GOT).

It's still a bit violent at times, but this supernatural teen classic has a fun, campy tone, and its many relationships and motivations are much more in line with what teens can handle compared to GOT.
​How it's like GOT: The constant threat of evil and a core crew of characters with magical powers who don't always get along.

This drama set on a mysterious island should have teens on the edges of their seats with that "what the heck's gonna happen next?" feeling (without surprising them with a gory beheading or mass murder). The cast's quest to discover where their plane crashed, who the elusive Others are, and why there's a polar bear in the tropics remains riveting through many seasons.
​How it's like GOT: Ever-changing loyalties and realism countered with a heavy dose of mysticism, and the shocking deaths of beloved characters.
Shadowhunters, 14+, Freeform

When you live in a world where werewolves, fairies, and vampires are real, teen troubles are a little different. In this fantasy series based on the popular books, main character Clary learns how to navigate her new life dealing with various creatures, intriguing romances, and universal teen drama.
​How it's like GOT: Lots of family secrets and their aftermath, supernatural battles, and compelling characters.
The Shannara Chronicles, 14+, MTV

On a postapocalyptic future Earth, humans have evolved into numerous races, including trolls, elves, and gnomes. All live in harmony until an ancient demon brings magic back into the world and, along with it, trouble that only the young protagonists can stop.
​How it's like GOT: Also based on a series of fantasy novels, this show definitely isn't violence-free, but it's milder, and the trio of heroes is always fighting for good.
Up Next

The episode started out with some deliciously black humor, as Arya Stark impersonated Walder Frey (the crotchety old traitor she killed in the Season 6 finale) to poison all of his remaining family members in revenge for their part in the Red Wedding, which killed Arya's mother, brother, and a whole heap of their allies.

Later, the internet lost its mind over Ed Sheeran's cameo, but that was more a case of laughing at him, not with him.

But most of the episode's chuckles came courtesy of Cersei, Jaime, and Euron Greyjoy, who apparently spent his time off getting rock and roll makeover tips from Once Upon a Time's Captain Hook.

Once Euron arrived, he spent most of his scene throwing epic shade at Jaime, all while doing his best to impress Cersei. "Ever since I was a little boy, I wanted to grow up and marry the most beautiful woman in the world, so here I am with a thousand ships and two good hands," he smirked, proudly displaying his working digits for Jaime.

He didn't stop there. When Cersei pointed out that Euron was deeply untrustworthy because, "You murdered your own brother," he gleefully suggested, "You should try it, it feels wonderful." Jaime's expression was priceless.

Then there was the extended montage of poor Samwell Tarly's adventures in poop shoveling — admittedly, it kind of made us gag a little too, but the delightfully escalating rhythm of the cuts (and the almost musical quality of the slopping liquids) was as spectacular as it was gross.

The show has developed its characters so well, they don't even have to speak to make us laugh — there's nothing better than watching Tormund sashay up to Brienne like the creeper he is and watch her sigh with resignation at his unwanted attention.

But the delivery of the night goes to Sansa, who puts Petyr Baelish in his place with a few well-chosen words.

"What do you want that you do not have?" Littlefinger asks at one point, getting all up in her grill, as usual.

"At the moment, peace and quiet," Sansa retorts, with all of her mother's withering disdain. When he attempts to restart the conversation, she easily cuts him off: "No need to seize the last word, Lord Baelish, I'll assume it was something clever."

Sassy looks good on you, Game of Thrones, you should try it more often.