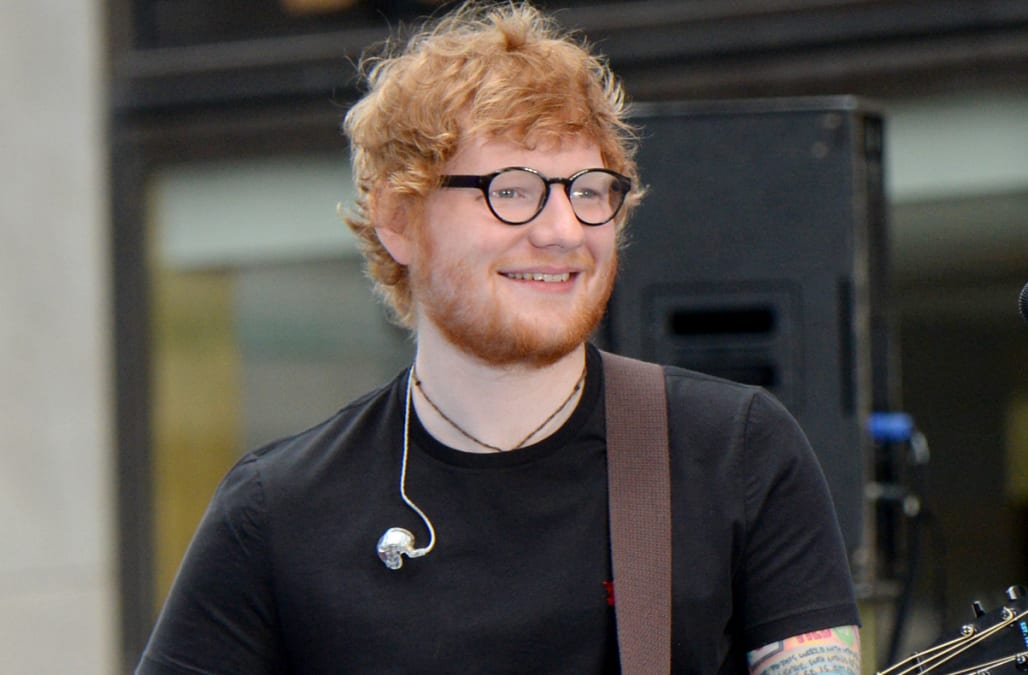 [Warning: this story contains spoilers for the season seven premiere of HBO's Game of Thrones, "Dragonstone."]

Winter has arrived in Westeros, bringing with it superstar singer Ed Sheeran.

Following months of buzz, Sheeran showed up on screen Sunday during in the season seven premiere of HBO's Game of Thrones, and the Grammy winner even sang a tune. Sheeran follows in the footsteps of other musically talented members of Coldplay, Sigur Rós and Snow Patrol who have appeared on the show. And he's not the first to sing: Snow Patrol's Gary Lightbody and Sigur Ros' Jónsi Birgisson also showed off their vocals.

Read more: 'Game of Thrones': How the Season 7 Premiere Sets the Stage for the Endgame

But it's just Sheeran who can claim to have appeared on the show in what was reportedly "a gift" to Game of Thrones star Maisie Williams, a fan and friend of Sheeran. The two share the screen in a scene that finds Williams' Arya Stark happen upon a group of men in the forest after leaving a massacre at the castle of Lord Walder Frey. While Sheeran sings, Arya approaches the group of men who represent the Lannisters, the family who ruthlessly ripped Arya's family to shreds.

She accepts their invitation to sit down, drink and share their meager barbeque meal. It's a short scene and one that even finds Arya crack a smile and laugh while admitting her ultimate destination on this journey is King's Landing to assassinate Cersei.

"Nothing exciting happens in this scene, we just have a conversation and that's kind of it," said Sheeran, who down played the scene earlier this year to Entertainment Tonight. "It's not an integral part of it, at all. I'm just like, in it. ... It's decent. I like it."

Read more: Inside the 'Game of Thrones' Season 7 Premiere as HBO Brings Winter to Downtown L.A.

The reaction on social media thus far has been the same -- the fans like it. It's not the 26-year-old's first foray into series television. He played Sir Cormac in a recurring role on Kurt Sutter's FX drama The Bastard Executioner, a role that came about after he revealed his love of Sutter's previous work with Sons of Anarchy.

A rep for Sheeran did not respond to The Hollywood Reporter's request for comment. For full coverage of the new season of Game of Thrones, click here.