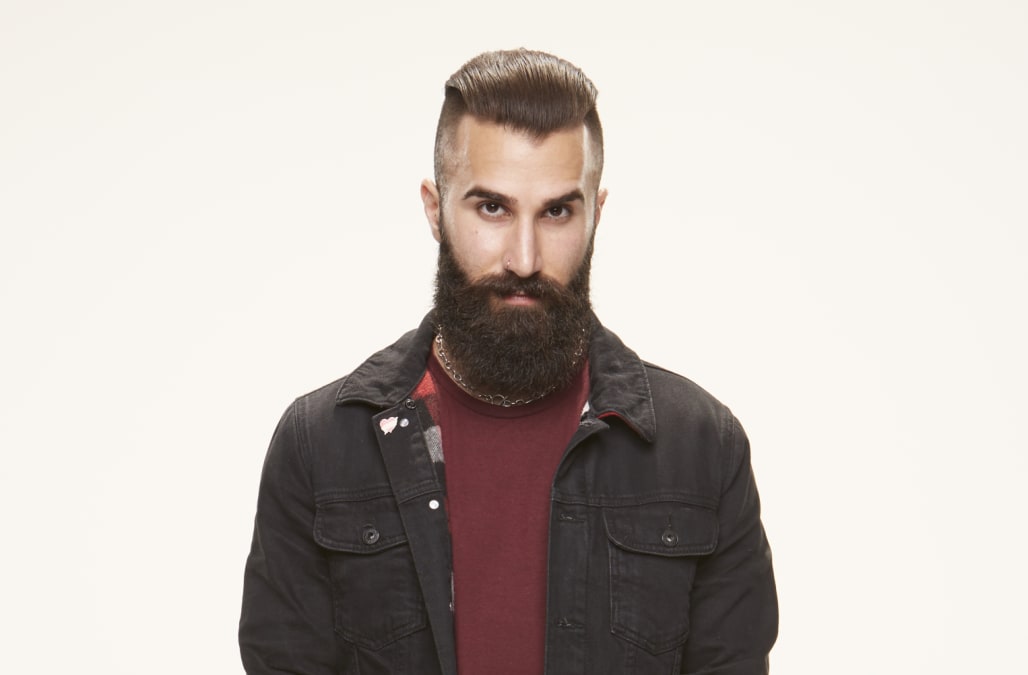 Season 19 of Big Brother, CBS' stalwart summer reality competition, has been a volatile one. From the very first day of the new contestants' stay in the Big Brother house, the power plays have been frequent and cutthroat.

But a new twist took center stage over the weekend: As has happened before, the series finds itself embroiled in a controversy over racially charged actions caught on the show's infamous 24/7 live feeds. One contestant, Paul Abrahamian, has been captured planning and debating wearing a black mask — which he described as a "black face" — in order to imitate fellow houseguest Dominique Cooper. He says the phrase "black face" in two different clips, both posted on Twitter Sunday.

The resulting firestorm has fans arguing over the intention of Paul's costume and rallying around Dominique, while the contestants stay sequestered inside, unaware of the controversy just outside the house.

This week, houseguest Alex Ow holds the power as Head of Household. This means she gets to nominate two of her fellow competitors for eviction — whomever loses the vote among the houseguests, to be held on live TV Thursday, goes home. Alex nominated Jessica Graf, not currently seen as her target, and Dominique. She did so in consultation with Paul, who has grown increasingly critical of Dominique in recent days, even making fun of the Christian contestant's religion.

But Sunday's planning on the live feeds took things to a new level. In the first clip, Paul shows an assembly of other contestants (including Alex, Christmas Abbott and Ramses Soto) his Dominique costume, complete with dress, leggings and what he describes first as a "black face," then as a "black mask." In a second clip, he asks fellow houseguests Elena Davies and Mark Jansen if he should wear the "face mask," describing it as a "black face" again.

and PAUL WANTS TO RIDICULE @DominiqueC_BBpic.twitter.com/d4eQTd6ccl

Debate over Paul's motives has spread like a wildfire since the clips went viral in Big Brother fan circles. The Big Brother fan-run live feed updates account @BB_Updates provided extensive notes on the conversation. According to the notes, Paul's intent is to dress up in snake-like feminine clothing, including a patterned dress and python leggings. The black mask, he argued, matches the rest of the outfit; he turned down Alex's green bandana, suggested as an alternative by Jessica, because it didn't match.

Some are standing by Paul against accusations of racism, though some admit that his plan is ill-formed and ill-advised. Others are arguing the intent doesn't matter; that blackface has such a painful connotation and horrifying history that even a plan without racist intent can still cause major harm.

So far, Dominique is not aware of the plan. Should Paul go through with it, he'll either show up to the Power of Veto ceremony to be held later today or to Thursday's live eviction vote in costume. Until then, fans of Dominique are rallying on Twitter to get others to vote for her for a new twist, the Halting Hex, which could save her from eviction — and throw the house into topsy-turvy turmoil once again.