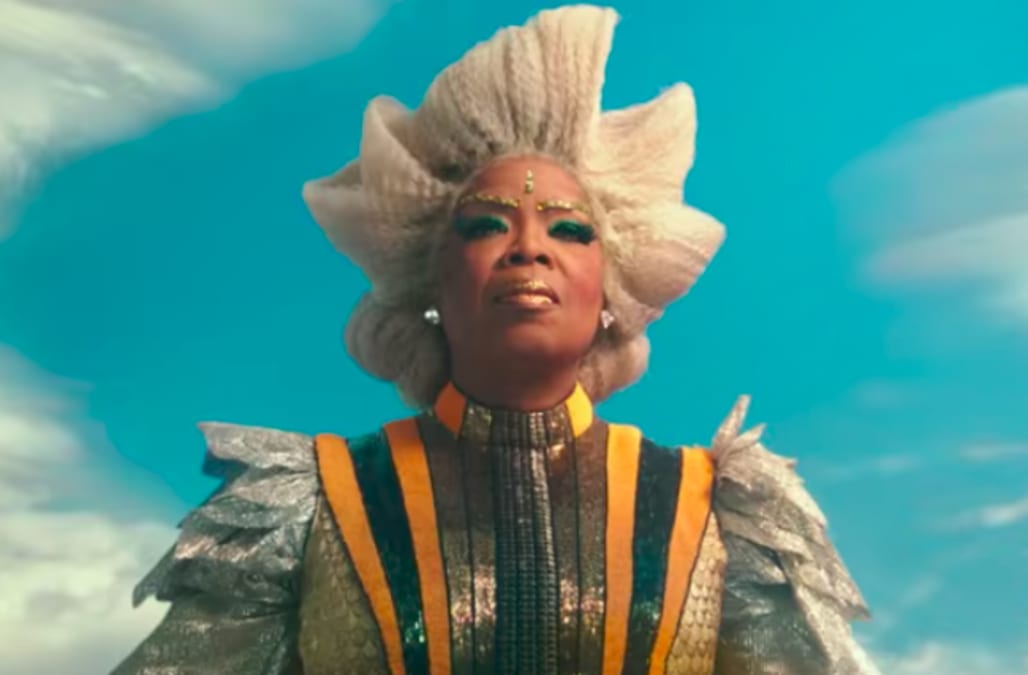 It's time for the first look at one one next year's most anticipated films.

The first trailer for director Ava Duvernay's A Wrinkle in Time debuted at D23 Saturday.

The ambitious project is an adaptation of the 1963 children's classic by Madeleine L'Engle. The film stars Storm Reid as Meg Murry, a young girl whose scientist father (played by Chris Pine) has been missing after disappearing years earlier. The sprawling cast also includes Oprah Winfrey (Mrs. Which), Reese Witherspoon (Mrs. Whatsit), Zach Galifianakis (Happy Medium) and Mindy Kaling (Mrs. Who).

They showed off a trailer, which begins with Pine's character in voice over.

"What if we are here for a reason? What if we are part of something truly divine? Imagine, 91 billion light years traveled like that." Pine says, before shown being trapped in a strange room.

The trailer, set to a cover of "Sweet Dreams," features ambitious set pieces and ambitious designs.

"I saw myself in it, and I saw so many different kinds of people in it," Duvernay said. "A family story wrapped in an epic adventure where you see worlds you've never seen before."

Reid, the young star of the film, admitted she was nervous to be at D23 and charmed the audience by referring to her director and co-star by Ms. and Mr.

"Ms. Ava of course is so patient and so hands on. She made me really feel like Meg. She let me put my creative position in it," said Reid.

"Me and Mr. Chris, we had some intense scenes," she said.

Speaking of Pine, he got applause after being congratulated on Wonder Woman. He admitted he wasn't too familiar with Wrinkle in Time, but was sold after meeting the director at her home.

Witherspoon said she was a huge fan of the book growing up.

"I just thought it was so magical that Ava chose to put her beautiful direction toward this material," said Witherspoon. "She sees the whole world and the beauty of the world."

"When Ava told me it is a character who is one of the wisest women in the universe," Winfrey started to big laughs, "who wouldn't say yes to that?"