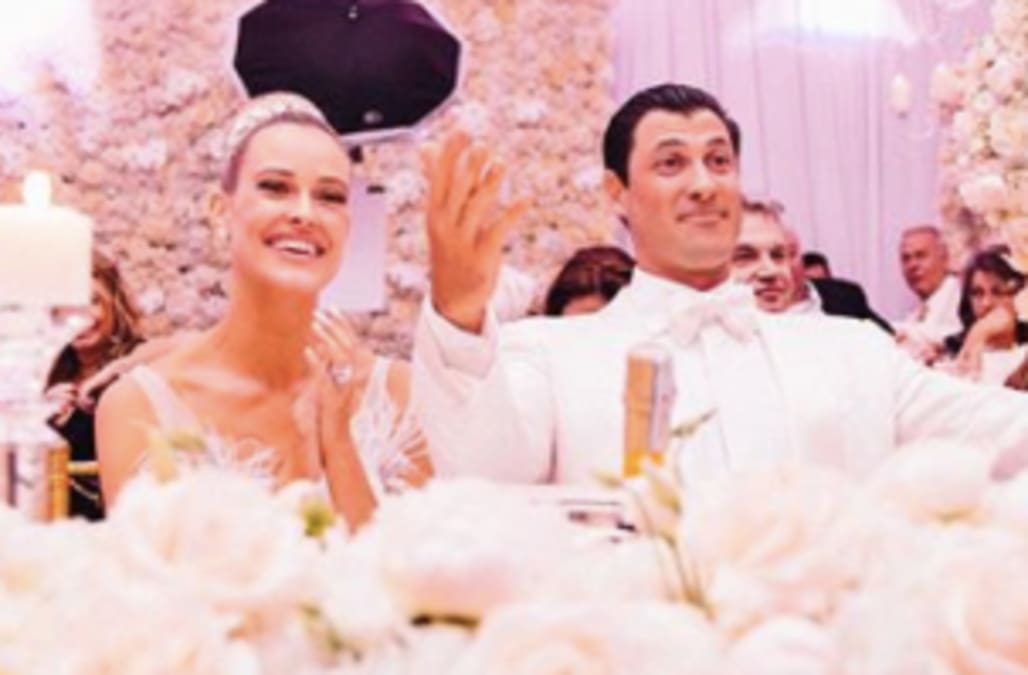 Peta Murgatroyd and Maksim Chmerkovskiy had a fabulous fairy-tale wedding.

The Dancing With the Stars pros said "I do" at the breathtaking Oheka Castlein Long Island, New York, on July 8. ET spoke with Murgatroyd 's bridesmaid and DWTS co-star Sharna Burgess and the couple's wedding planner and Peta's maid of honor, Nicole Volynets, about the "magical" weekend and how it all came together.

RELATED: Maksim Chmerkovskiy and Peta Murgatroyd Are Married! Get the Details on Their Lavish Long Island Wedding

"I've never seen both of them more in love and more happy than that moment," Burgess gushed. "The entire weekend was absolute perfection. The whole thing was magical."

The dancer, who took a weekend off from the DWTS Hot Summer Nights tour for her friends' important day, also dished on Maks and Peta's heartfelt vows and how emotional the moment was for everyone.

See photos from their wedding:

"They were so wrapped up in their love and in their moment," Burgess recalled. "Nobody else existed while they were saying their vows. They were right there with each other. Peta was very eloquent and well-spoken. She clearly thought out all the words that she wanted to say to Maks. Maks wanted to get up there and just speak from the heart. And I think he was so taken by the beautiful words that Peta said that he almost didn't know what to say, with the exception of that he will love her forever, and protect her, and do everything for her and Shai in his power."

"That is Maks to a T," she continued. "He is her king and she is his queen. I know they are going to do everything in their power to make each other happy forever. You could see that, you could feel it in that moment when they were saying their vows. They were both equally emotional."

RELATED: Peta Murgatroyd and Maksim Chmerkovskiy's Wedding Cake Was Just as Lavish as Their Wedding

As for the first dance, the newlyweds opted for "We Found Love" by Rihanna, which Burgess explained is a "very personal" song. "It's obviously about the words, and them finding love, and how they came together in their story."

"They feel like it represents them and I think it's so perfect that they were able to use that song to have their first wedding dance to, to start their new life together," she added. "And I think finding that acoustic version was magical, it was so beautiful and emotional and it felt like it was perfect for them in the moment. I definitely had tears coming down my face in the first dance."

See more photos of the couple together:

Volynets, who was a former DWTS troupe member, has known Maks for a very long time. Their families mutually own Dance With Me studios and she met Peta while on the ABC dance show. She became the wedding planner after she threw the lovebirds an extravagant engagement party.

"They loved it so much that, that same day, [they said], 'You have to plan our wedding!'" she told ET.

As far as what was important for the couple, Volynets says Maks "wanted an element of Jewish culture in his ceremony" that applied to his roots. The dancing pro also wanted "the cantor singing while Peta was walking down the aisle."

"And it was actually one of my favorite moments of the wedding, because as everyone turned to look at Peta, I looked at Maks," she said. "[I] watched him, like, go speechless and he had a tear. And so it was something that was really special because you just see their love for one another, which is so important."

Peta on the other hand wanted a classic, beautiful, traditional, fairy-tale wedding – which they clearly pulled off!

"Maks comes from a different culture than Peta does, and incorporating those two things was important to them and the traditions that come from both of their backgrounds," Volynets explained. "So we did the most traditional take on different things that we pulled from each of their heritages."

The celebration also featured some surprises, including Maks conquering his fear of singing and dedicating a sweet song to his lady during the reception. Peta also planned a video montage of her new hubby with their 6-month-old son, Shai, that played right before their first dance.