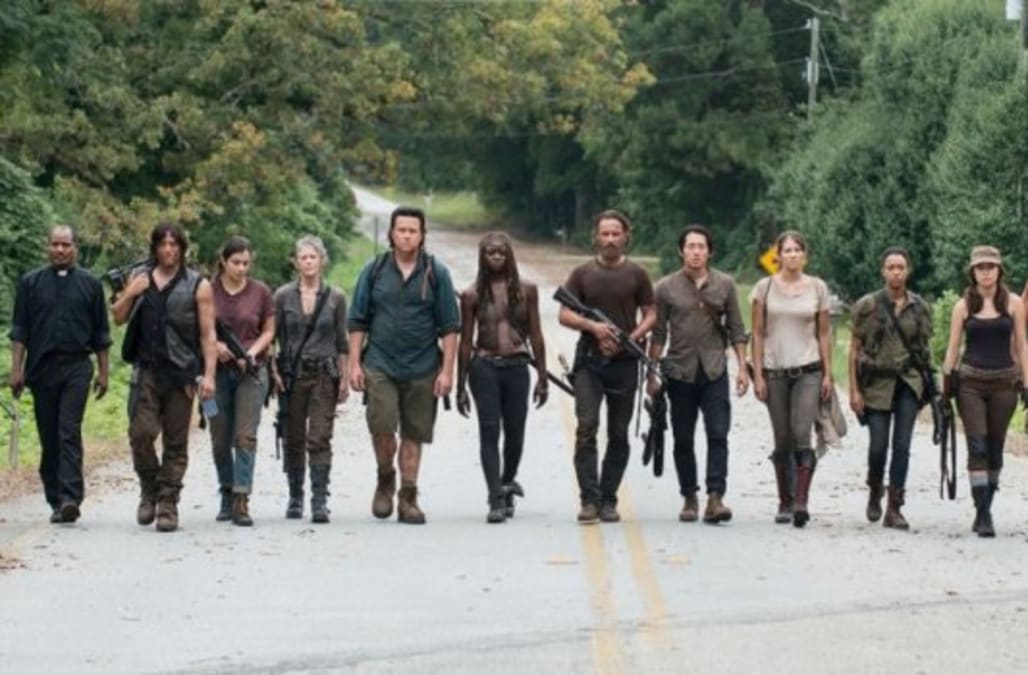 A stuntman on AMC's "The Walking Dead" was seriously injured in an accident on the show's set in Georgia.

"We are saddened to report that John Bernecker, a talented stuntman for 'The Walking Dead' and numerous other television shows and films, suffered serious injuries from a tragic accident on set," AMC said in a statement. "He was immediately transported to an Atlanta hospital and we have temporarily shut down production. We are keeping John and his family in our thoughts and prayers."

Bernecker fell more than 20 feet onto a concrete floor, suffering a head injury that required him to be transported to a nearby hospital by helicopter. Bernecker's girlfriend posted a message on Facebook regarding the accident, which read, "John deserves to be seen by every neorusurgeon and doctor there is until one of them sees the life we all know he has in him and bring him back to us... THIS ISNT FAIR."

Bernecker is a veteran stunt performer and fight choreographer. Per his IMDB page, he has worked on projects such as "Olympus Has Fallen," "The Hunger Games: Catching Fire" and "Mockingjay Parts 1 & 2," and "Logan" among many others. He is also listed as having worked on upcoming films like Marvel's "Black Panther" and Dwayne Johnson's "Rampage." He has also worked as an actor in several films, appearing in bit parts "Logan," "The Last Witch Hunter," "Goosebumps," and an episode of Season 1 of "True Detective."

PHOTOS: Behind the scenes of 'Walking Dead' Season 6