'Are you a TV producer now?': Anderson Cooper and Sebastian Gorka duke it out over 'fake news' insult, Russia investigation 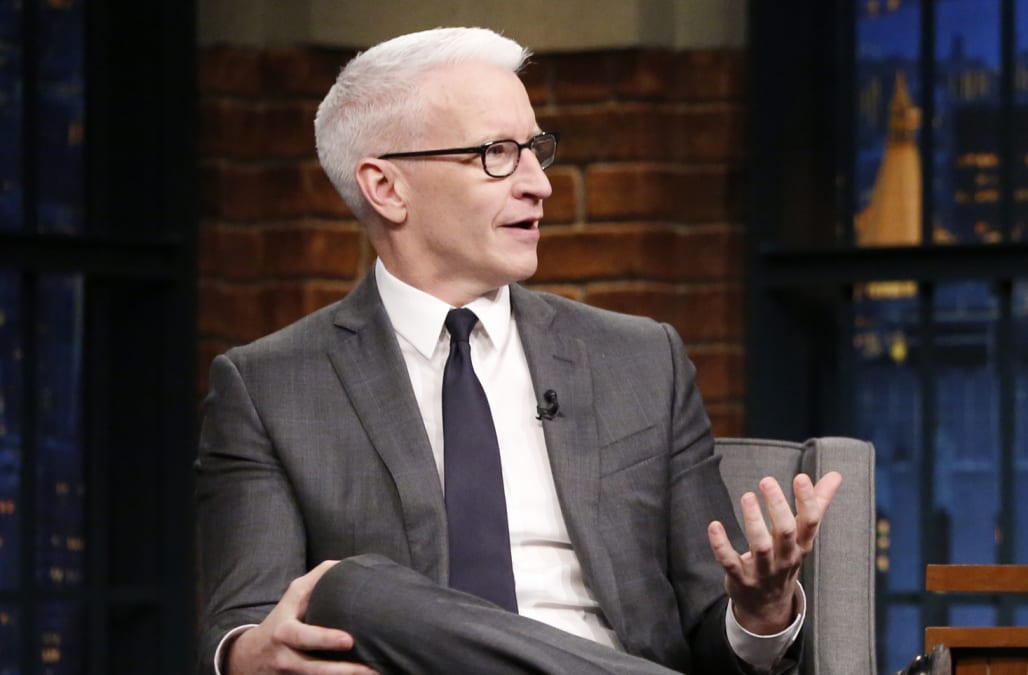 The interview initially focused on a 2016 meeting between Donald Trump Jr. and Natalia Veselnitskaya, a Russian lawyer with ties to the Kremlin, which has dominated headlines since last weekend. A Politico report on Tuesday said White House aides felt "helpless" as that scandal took on a life of its own.

"It's laughable. Your chryon talked about a 'crisis,' Gorka told Cooper, responding to a suggestion that the White House was in turmoil. "I actually work in the West Wing, I work in the White House, it is absolutely nothing of the kind. The president is a steam locomotive that can't be stopped. It's just fake news."

"I'm sad to see CNN fall to this," Gorka continued. "I know you want salacious and sensational coverage for your ratings so your corporate sponsors and owners will have more money, but that's not media, that's not reportage. It's just fake news."

Cooper responded by saying he was "just going to ignore the insults" and that he didn't believe Gorka's comments were going to be helpful to the conversation."

"It's not about you," Gorka replied. "It's about actually having journalism back on TV Where are the Walter Cronkites of yesteryear. This is just about ratings and money. It's actually quite sad."

Gorka continued by alleging Trump Jr.'s meeting in 2016 warranted no suspicion: "I deny the fact that there's anything here that's untoward. Again, this is an obsessive nine-month campaign."

"I stand by what the president said, and I stand by what his son said," Gorka said. "We are incredibly impressed by Don Jr.'s transparency and the fact that he actually published these emails and said he will cooperate with anybody."

Trump Jr. tweeted transcripts of his email exchange with Rob Goldstone, a publicist for Emin Agalarov, a pop-star whose father is a Russian oligarch, after The Times sought a time-sensitive comment from Trump Jr. in regards to the story.

"Let's be honest though, he only published emails because The New York Times got the emails and was going to publish them, and then he smartly got ahead of it," said Cooper. "And the only reason that this story has lasted so long is because he wasn't transparent from the beginning."

"The story only has legs because the fake news industrial complex is obsessed," replied Gorka. "9 months of accusations with zero, zero evidence of anything illegal."

"I thought we were going to talk about real issues," Gorka continued.

"Anderson, how many minutes are we in," Gorka asked, referring to the elapsed time of the interview.

"Are you a TV producer now," Cooper quipped. "You're concerned about how [many] minutes we're talking? You have somewhere else to go? If you gotta go, you gotta go."

"You're falling into the fake news trap again," said Gorka. "And it's sad, Anderson."

"You're shaking shiny objects to try to divert people, but I don't think viewers are really that easily diverted," said Cooper.

"Do you know why the president's description of a witch hunt is accurate," asked Gorka. "Because there never were witches. And there never was any collusion. It's bogus ... Anderson, you're like a broken record."

"No, because I'm not getting any answers from you," replied Cooper.

"Let's let the viewers judge, who decided that you are now at 13th place in national ratings behind 'Nick-at-Nite,' which is at 11 p.m.," Gorka said.

"You used that line on Monday, and you know, it was sort of mildly amusing," Cooper said, grinning. "But I think it's funny that you have enough time in the White House, which is apparently you're so busy, you're able to sit around [and] read Nielsen numbers."

"No, I had really good prep from my team, because the White House press team is superb," Gorka said. "I don't deal with this stuff because I do have a day job."

Later during a panel discussion, Cooper bristled at the interview, likening Gorka to "the Hungarian Don Rickles."

Watch a clip of the interview here: