Tucker Carlson loses it after Lt. Col. Ralph Peters compares him to 'Nazi sympathizer' for 'cheering for Vladimir Putin' 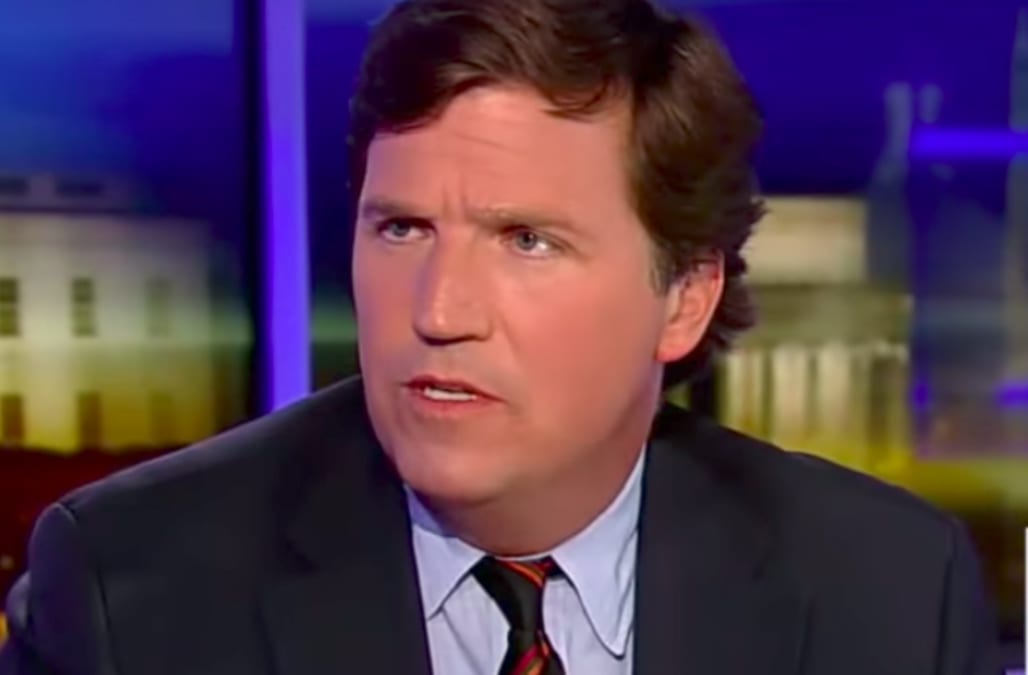 The terminally wallpaper-faced Tucker Carlson changed expressions on Tuesday night, which was a banner Fox News moment. Unfortunately for Carlson, this was not cause for celebration because he was absolutely appalled at his guest's suggestion that he's acting like a Nazi apologist. At that point, Tucker and his guest, Fox News analyst Ralph Peters (a former army officer turned political columnist), grew combative, all after Carlson made the argument that Vladimir Putin's not such a terrible leader and doesn't really hate the U.S., so perhaps the U.S. should support him more in the fight against ISIS. Peters (disrespectfully) disagreed:

"He is malevolent and he is as close to pure evil as I can find ... I don't understand what any American would want an alliance with Russia. We should be strengthening our alliance with democracies instead of trashing NATO ... building it up much more strongly."

Carlson pushed back while arguing that perhaps "people who are bad people have similar interests," so the U.S. should overlook Putin's actions (support of the Assad regime in Syria, annexation of Crimea, killing journalists, and so much more), which turned into Peters telling Carlson, "You sound like Charles Lindbergh in 1938 saying 'Hitler hasn't attacked us."

Carlson was outraged at this "insane" comparison:

"I beg your pardon. You cannot compare me to someone who made apologies for Hitler. And I don't think Putin is comparable to Hitler. You just compared me to a Nazi apologist because I asked the question ... which is, why not contravene American interest with a group trying to kill ISIS?"

Peters held firm while arguing that, indeed, Putin's actions are comparable to those of Hitler, and he again made the Nazi apologist comparison that offended Carlson so. The host did remind his guest that any form of Nazi comparison is generally a "conversation stopper," which is a fair point. Still, the conversation certainly continued here.

You can watch the full segment below — it's really something.