Mariah Carey caused a 's--t storm' on the latest Will Ferrell movie, and refused to sing her own song 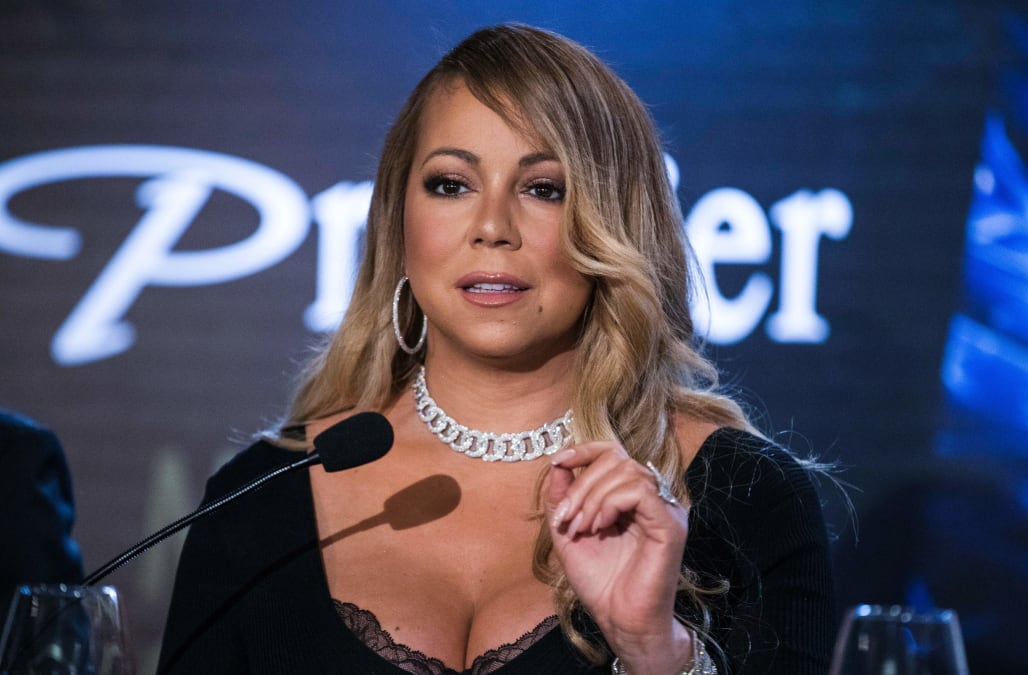 It sounds like Mariah Carey was in peak diva mode when she went to film her cameo for the Will Ferrell and Amy Poehler comedy "The House." It got so bad that it was never shot.

Ferrell didn't even deflect the drama when doing press for the movie.

While on "Watch What Happens Live," host Andy Cohen got to the bottom of it. Cohen asked Ferrell if Carey was four hours late to the set of the movie, which is what was rumored, and Ferrell confirmed that was true. Ferrell also confirmed that Carey refused to sing a song that was agreed upon and cleared before shooting that she would sing. Ferrell couldn't recall what the song was, but it was a Carey song.

Looking back on it, Ferrell called the whole experience a "s--t storm" and only learned that the cameo wouldn't be shot when, "At 11 p.m. there was a knock on my trailer door and they said, 'You can go home,'" Ferrell told Cohen.

That sparked Ferrell's co-star on the movie, Cedric Yarbrough ("Reno 911!") to jump on his Facebook page and give some more horrors from set (the post has since been deleted but you can read his comments on TooFab).

"Okay since Will Ferrell is talking, I'ma talk-ing," Yarbrough wrote. "Yeah, a real funny cameo was SUPPOSED to happen in the new film #TheHouse with the superstar Mariah Carey. But it was ruined by superstar Mariah Carey. The film takes place in a suburban home but is made into a 'Casino.' Why not have Mariah be an act in the casino? Funny idea... It's rumored that she eventually showed up to set. This is true. But after waiting for her for 3-4 hours! While we waited the director & team had the idea of doing a stunt that Mariah's body double would do now & bring in Mariah to match it. They do the stunt. All goes well. When Mariah finally showed up she refused to match the stunt. 'Darling, I would never do it that way...'. I heard her say those exact words... She then requested a large fan for her hair to be blown around and a camera that would be above her, basically a crane shot. This lady was unprofessional & borderline abusive to our director, who tried his best to appease her every wish."

According to The Hollywood Reporter, Carey also requested that her character be able to deflect bullets like Wonder Woman.

"The House" director Andrew Jay Cohen has taken the high road on the matter. "I love Mariah Carey," he told THR. Though with a little shade: "I liked her early stuff but then she got bad with the third album."

But a Mariah Carey cameo probably wouldn't have saved "The House." The movie has a 19% rating on Rotten Tomatoes and to date has grossed $24.6 million worldwide. This includes an $8.7 million opening weekend, the worst for a wide release Will Ferrell movie.

Watch Ferrell talk about the Carey cameo on "Watch What Happens Live" below:

NOW WATCH: Here's what Nickelodeon slime is made of — according to 'Double Dare' host Marc Summers

SEE ALSO: Quentin Tarantino is developing a movie based on the gruesome Manson family murders that shook Hollywood