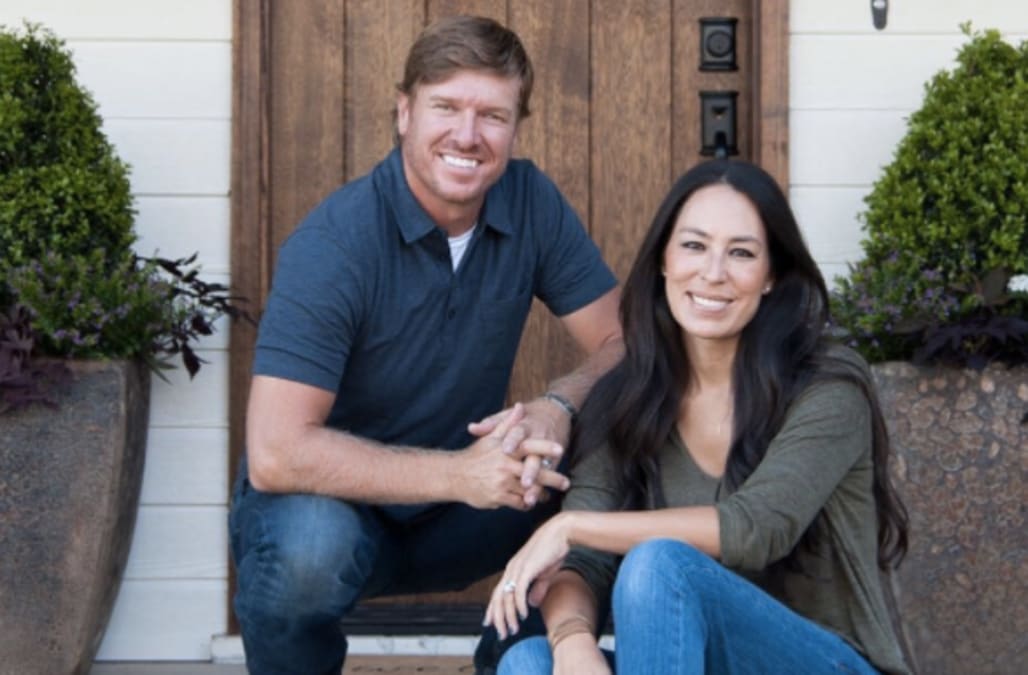 It's Chip Gaines' turn to get a makeover!

The "Fixer Upper" star is famous for renovating homes all over Waco, Texas, with his wife, Joanna Gaines, but he did a makeover on himself this time around.

Jo posted a sweet snapshot of the two of them on Instagram, including the debut of Chip's new hairdo -- a man bun! The two sported super casual clothing, her in sweats and a T-shirt and some sandals, and him in a cozy onesie with cowboy boots, for their getaway.

He competes with the view. Man bun, tube socks, adult onesie and all... He still looks mighty fine to me❤️#workcation #bookcamp

"He competes with the view. Man bun, tube socks, adult onesie and all... He still looks mighty fine to me❤️#workcation#bookcamp," the HGTV star captioned the photo.

While the couple looks incredibly adorable in the photo, Chip's hair is getting all the attention on Instagram! Let's just say his new 'do got some mixed reviews from fans.

"Not sure about Chip's up-do. I need to get use to it," one fan wrote. Similarly, another user agreed the longer hair just isn't for him: "Cut the hair Chip!!!"

However, a number of people came to the "Fixer Upper" star's defense -- and he even got compared to one of the hottest men in the word.

"Leave Chip's hair alone! Let it grow!" another impassioned fan posted. Likewise, one user shut the haters down with her wise piece of advice: "Love it ... only a man totally comfortable with himself would wear this outfit and do his hair like that. You rock Chip!"

Judging from Jo's caption, the two took a trip to an undisclosed location -- without kids -- to get some work done. In a previous Instagram photo, Jo revealed that she's working on some home designs for the upcoming season of their HGTV show. We're guessing that Chip is also busy putting the finishing touches on his book, "Capital Gaines: Smart Things I Learned Doing Stupid Stuff." Check out the video above for more!