'Aladdin': Disney struggles to find stars for its live-action movie 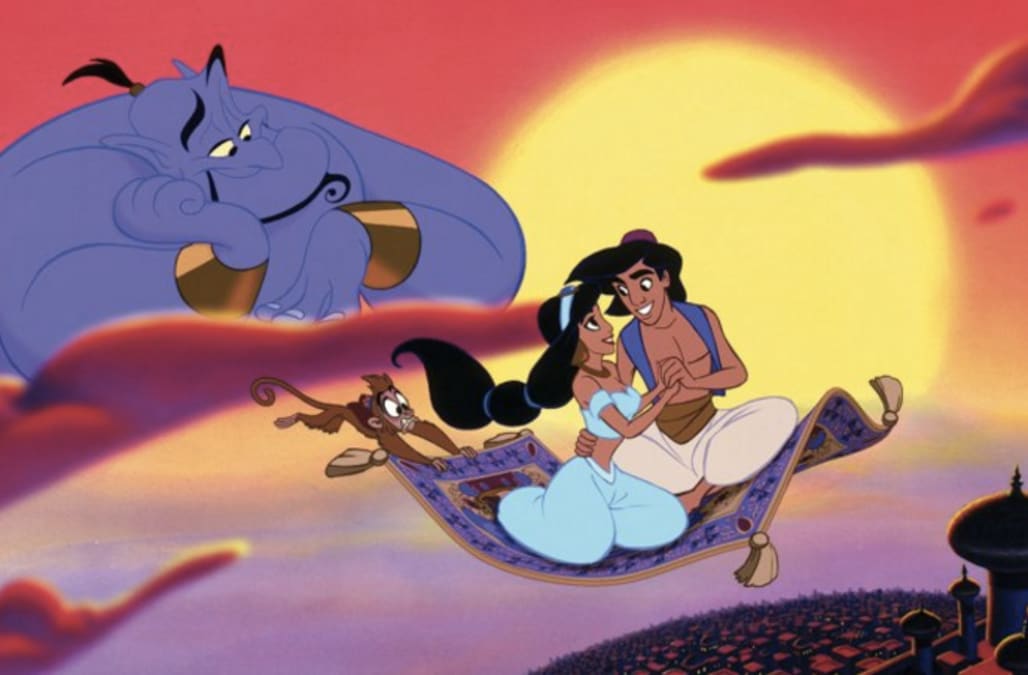 Disney's magic carpet ride has hit a bit of turbulence.

The studio and Aladdin director Guy Ritchie launched a global casting call in March to find the stars for the musical based on the hit 1992 animated film about a street kid who teams with a genie to woo the princess Jasmine. Disney, Ritchie and casting director Randi Hiller brought on casting agents around the world, from London to Egypt to Abu Dhabi and India, for what sources say is a massive global search: Around 2,000 actors and actresses have read for the lead roles of Jasmine and Aladdin.

But finding a male lead in his 20s who can act and sing has proven difficult — especially since the studio wants someone of Middle-Eastern or Indian descent (the animated film is set in the fictional Middle Eastern city of Agrabah). The original casting call specified that production was slated to begin by July, but the search has dragged on, with Disney and Ritchie having to go back to the drawing board multiple times. Sources say there have been several rounds of tests in London, with the actors coming in for up to two weeks at a time. "The test process was a mess," says one agent with a client who tested.

While the studio had interest in Dev Patel, 27, and Riz Ahmed, 34, the male lead will likely be a newcomer. Sources say the studio is eyeing Power Rangers actress Naomi Scott, 24, or Indian actress Tara Sutaria, 21, to play Jasmine, but can't lock the deal until the male lead has been selected since chemistry is so important to the story. (Will Smith is signed on to play the Genie, and sources say the studio is after known names for the role of the villain Jafar).

Elsa, Anna, and other Disney Princesses
SOFIA THE FIRST - 'Sofia the First: The Floating Palace' - Sofia and her family take to the high seas for a royal vacation in the first-ever 'Sofia the First' primetime special, 'Sofia the First: The Floating Palace,' premiering SUNDAY, NOVEMBER 24 (7:00 p.m., ET/PT) on Disney Channel and THURSDAY, NOVEMBER 28 (7:00 p.m., ET/PT) on the 24-hour Disney Junior channel. The undersea adventure, in which Sofia is magically transformed into a mermaid, features a special appearance by Princess Ariel from 'The Little Mermaid,' voiced by Disney Legend Jodi Benson who reprises her iconic role from the animated film. The special also introduces a new character named Oona, a young mermaid voiced by Kiernan Shipka ('Mad Men'). (Image by Disney Junior via Getty Images) PRINCESS ARIEL, PRINCESS SOFIA
The Walt Disney Co. Snow White character acts in 'Mickey's Soundsational Parade' in the Main Street, U.S.A. area of Disneyland Park, part of the Disneyland Resort, in Anaheim, California, U.S., on Friday, May 24, 2013. Walt Disney Co., the world's largest entertainment company, said this month fiscal second-quarter profit rose 32 percent, beating analysts' estimates as guests splurged at theme parks in California and Florida. Photographer: Patrick T. Fallon/Bloomberg via Getty Images
NEW YORK - MARCH 14: A person dressed as Princess Tiana (C) is joined on stage by all of the princesses of Disney movies during Princess Tianaï¿½s official induction into the Disney Princess Royal Court at The New York Palace Hotel on March 14, 2010 in New York City. She is seen with people dressed as characters (L-R) Princess Jasmin, Snow White, Mulan, Aurora, Prince Naven, Cinderella, Princess Bell, Pocahantas and Ariel (Photo by Jemal Countess/Getty Images)
Up Next

Among the newcomers who were still in the running for the riffraff/street rat in the most recent rounds of testing were Dutch actor Achraf Koutet, Canadian actor Mena Massoud and American George Kosturos.

As the search has dragged on (sources say the filmmakers went back to dig through the tapes once again when the most recent round of testing did not go well), the studio has brought on two movie-musical veterans to consult on the project: Marc Platt, who has a strong background in producing musicals and worked on Disney's upcoming Mary Poppins Returns; and Chris Montan, a longtime executive music producer for Disney's animated project such as Pocahontas, Toy Story, Hercules and Frozen.

The lengthy casting process could be a promising sign, however. Disney has had success with previous extensive casting searches for its live-action fare, from Lily James as Cinderella to Daisy Ridley as Rey in Star Wars: The Force Awakens, and insiders say the studio's delay in landing Aladdin is due to its determination to get the casting right for such a beloved and iconic character.

The live-action adaptations of its classic animated films has been a key strategy for the studio that has paid off with hits including Cinderella ($543.5 million worldwide), Maleficent ($758.5 million) and Beauty and the Beast ($1.3 billion). As is the case with Aladdin, Disney is also committed to finding culturally appropriate leads for its other live-action feature, Mulan, focusing its casting search in mainland China.

With shooting for Aladdin now planned to start in August, Disney may have to use all three of its wishes to find its diamond in the rough.

Read more: Will Smith in Talks to Play Genie in Live-Action 'Aladdin'

A version of this story appears in the July 12 issue of The Hollywood Reporter magazine. To receive the magazine, click here to subscribe.