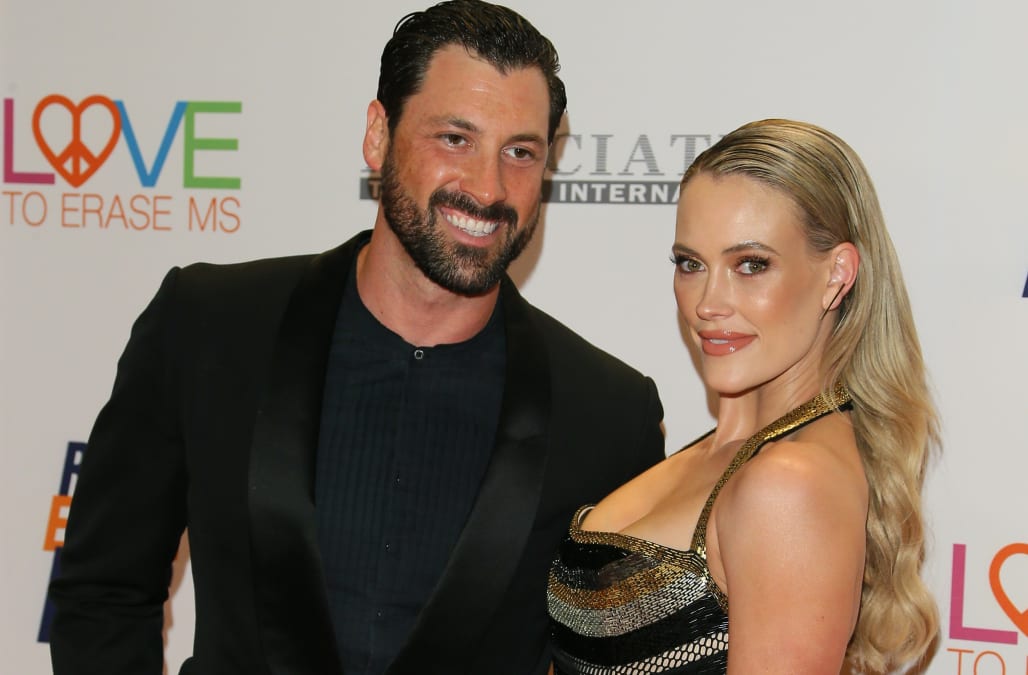 Peta Murgatroyd and Maksim Chmerkovskiy tied the knot at the palatial Oheka Castle in Long Island, New York, on July 8, and their breathtaking outdoor ceremony was straight out of a fairy tale. The romantic venue, complete with breathtaking greenery and a gorgeous sunset, made for some pretty stunning photos!

Peta walked down the aisle in an ivory ball gown with an off-the-shoulder fitted bodice and multi-tiered skirt. As for her hair, she took inspiration from Cinderella with a high bun and a long, crystal-encrusted veil. Maks played the role of Prince Charming perfectly, looking dapper in a white jacket and tie with black pants.

While all eyes were on the bride, we couldn't help but notice how gorgeous Peta's bridesmaids were! Rumer shared a picture with Sharna in their floor-length pastel pink gowns. The gown's tight silhouette hugged their enviable bodies perfectly while the one-shoulder feature showed off their toned arms.

It looks like the couple didn't ban phones at their ceremony because social media is full of photos and videos from their wedding -- and it's giving us a case of major FOMO.

Considering the wedding was full of "Dancing With the Stars" pros, it was no surprise they got low on the dance floor. Candace Cameron Bure was lucky enough to get a dance lesson from Val!

The photo booth at the reception also seemed to be a hit with guests, with many sharing their silly snaps on Instagram.

"Dancing With the Stars" pro Tony Dovolani captured one of the best moments of the night -- Peta and Maks kissing underneath a rainbow. The photo is truly picture perfect!

Check out all the best photos from their wedding in the slideshow above.