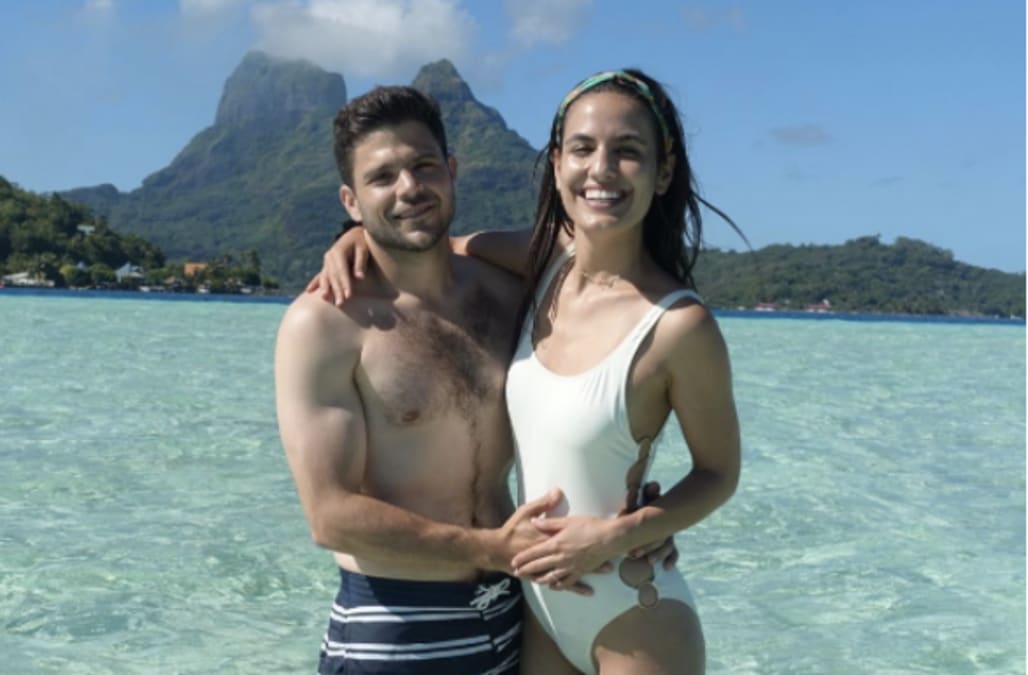 Jerry Ferrara is having the honeymoon that dreams are made of!

The newlywed, best known for his role as Turtle in HBO's "Entourage," has been kicking back on the island of Bora Bora with his new wife, Breanne Racano. Their stunning honeymoon is so picturesque that the couple even joked that they were on "The Bachelor" in a video that showed off their waterside sunset dinner.

Inside Jerry Ferrara's dreamy honeymoon
STILL OUT OF OFFICE: #freeghost👻 #freejamesstpatrick
This week on the Bachelor.... @bachelorabc 🤣 🤣 ... @jerryferrara is such a good sport 🌹
🏝🍍
We out here!!! 💕 #borabora
My arms sure are tired from all these selfies while @jerryferrara paddles me around in a kayak. 🤣 #borabora
BORA BORA 🌺
Gotta give a major shoutout and thank you to @travelkara8 for planning the greatest Honeymoon ever. You are amazing at what you do!
GOOD MORNING. STILL OUT OF OFFICE: #freeghost👻 #freejamesstpatrick
Who says I suck at taking photos?!?!
Up Next

The couple is definitely enjoying soaking up the sun at their lavish digs at the Four Seasons Resort Bora Bora. In several photos that the couple shared on Instagram, they're spending a lot of time on the beach and playing in the crystal waters. One day they went for a kayak trip and Racano joked, "My arms sure are tired from all these selfies while @jerryferrara paddles me around in a kayak."

It looks like this whole marriage thing is working out well for the two! They got married in June in Ohio and had a star-studded guest list that included Ferrara's "Entourage" co-stars.

Jerry Ferrara's wedding photos
My husband. My world. Holding me by his side with the biggest smile from day one. . . I'm the luckiest. I love you @jerryferrara ❤️
What a day. What a night. So many unbelievable feelings. Somehow someway I was able to marry my dream girl. @breanneracano let's get this life started. Thank you to all our family and friends for being there. Thank you to everyone who helped make the day a memory we will not ever forget.
3...2...1...and we're laughing 💕
I can't believe this fairytale wedding was my own. Thank you to the best planners in the game @acharmingfete & @lynchdesign for making this vision come alive. 📸 cred: @laurengabriellephotography 💕
Found myself a beautiful bride @breanneracano
They did it! Congratulations to the Ferraras!
Amazing night. Amazing couple love and happiness @jerryferrara and @breanneracano
Oh Kev
Bride to be with the groom that was. @jerryferrara @andyadlertv
Magical night punctuated by @mrkevinconnolly showing off his stage presence
Lord of The Ring!!!
Up Next