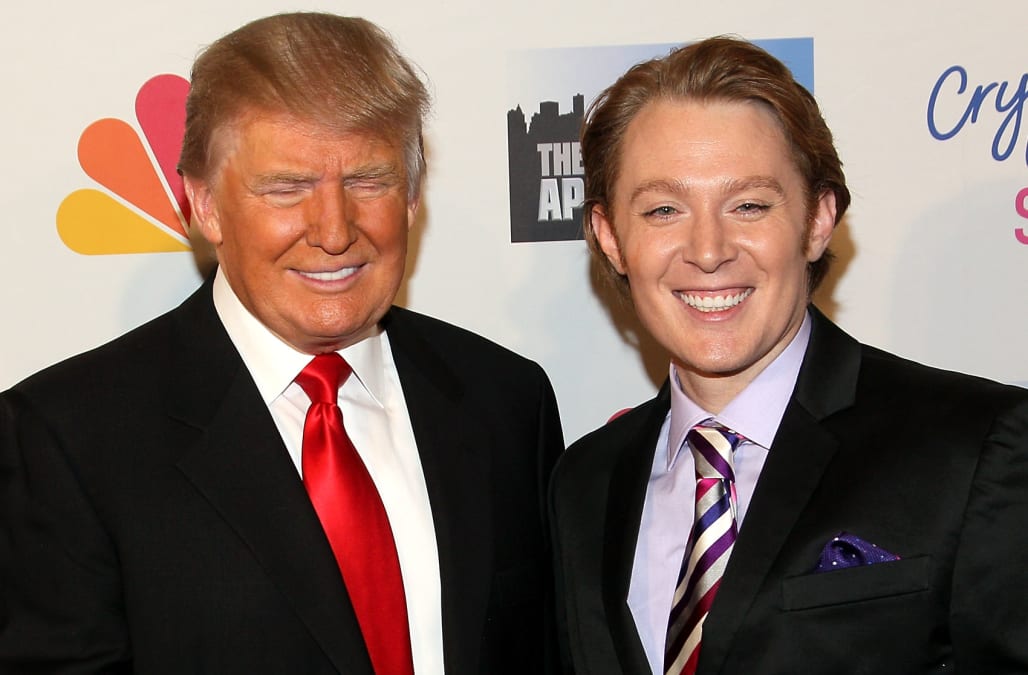 Clay Aiken is spilling behind-the-scenes secrets about Donald Trump from his time on the "Celebrity Apprentice."

The former "American Idol" runner-up was recently interviewed on the podcast "Domecast," where he revealed that Trump actually didn't decide who he yelled "you're fired!" at.

SEE ALSO: Kim Kardashian slams Twitter troll who suggests she was 'caught out with cocaine'

"Trump didn't decide who got fired on 'Apprentice,'" Aiken revealed. "I mean, NBC made those decisions."

That wasn't the only aspect of the hit NBC reality show that wasn't what it seemed.

"There used to be a little thing right on his desk that looked like a phone -- he pretended it was a phone --but it was actually a teleprompter where the producers were sending him notes," he continued. "He didn't know that people were getting in fights during the week while we were doing these tasks, the producers did. And they'd send him notes and he'd say, 'Oh you two didn't get along.'"

Aiken, who competed on "Celebrity Apprentice" back in 2012, claims that he wasn't trying to bash Trump by revealing these secrets, but he believes that they're indicative of his actual involvement in running our country right now.

"I'm not saying this to be incendiary," he said. "But Donald Trump isn't the businessman that people believe he is because we saw him on TV playing the 'Apprentice.' And he did look like he was leading, but on 'The Apprentice' he doesn't lead."

"I think to myself, the man as president definitely has a teleprompter sitting on his desk right now with people telling him, 'Well such and such is in the healthcare bill, don't say this,'" he continued. "I feel like half the time his teleprompter has broken down as president and he doesn't know what's going on."

He went on to call the former "Apprentice" host a "nice guy" who "didn't make those decisions" on the show.

"He didn't fire those people," he claimed, and added that he's "probably leading the country in the same way that he did 'The Apprentice.'"

See photos of Donald Trump with the creator of "The Apprentice":