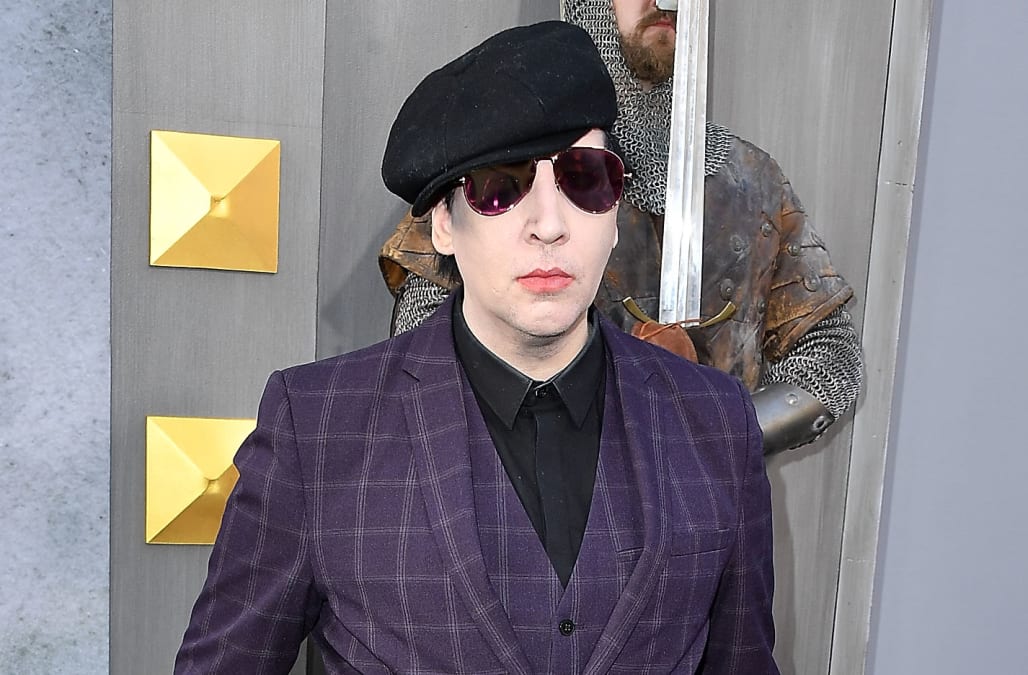 The 48-year-old musician announced the passing of his father on Instagram early Saturday morning, showing a softer side rarely seen in public.

"Today I lost my father, Hugh Warner," he wrote in a post showcasing a childhood photo with his dad. He added, "He taught me how to be a man, a fighter and a survivor. He taught me how to shoot a gun. How to drive. How to lead. He will always be the best dad in the world."

WATCH: Rose McGowan Says She Blames Breakup From Marilyn Manson on Cocaine Use

Manson, whose birth name is Brian Hugh Warner, previously lost his mother Barbara Wyer in 2014, after a long battle with dementia. "Somehow and somewhere, I know he is with my mom now," Manson continued, indicating the tight connection between his parents.

He concluded his Instagram tribute with, "I will keep my promise and never let you down. I miss and love you dad."

Despite his rebellious and shocking on stage persona, it's clear Manson has always been close with his parents. On Father's Day, he shared a photo on Twitter of father and son wearing matching goth-inspired make up, captioned, "For Hugh so loved the world he made me. Happy Father's Day."

In recent years, Manson has added several acting roles to his resume, most notably on Sons of Anarchy, where he struck up a friendship with co-star Charlie Hunnam. "We are strangely like brothers," Manson told ET at the premiere of Hunnam's film, King Arthur: Legend of the Sword. "I don't have a lot of close men friends at my round table, so to speak. I don't even have a table, but Charlie and I always cook food for each other."