J.K. Rowling wrote an unpublished manuscript on a party dress 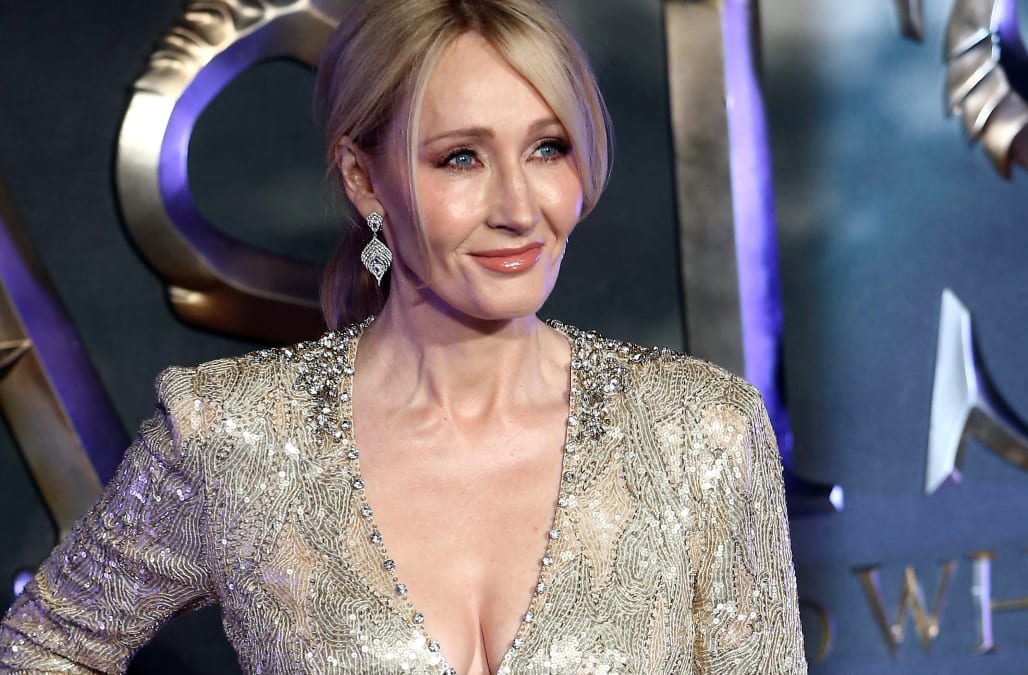 J.K. Rowling famously wrote the manuscript for the first "Harry Potter" book on a typewriter, mostly in cafes, and jotted her ideas down on a napkin, so she's no stranger to unconventional writing mediums.

This one, however, takes the cake.

The author revealed in an interview with CNN's Christiane Amanpour that she wrote an unpublished manuscript for a children's fairy tale — and it's written on a dress hanging in her closet.

For her 50th birthday in 2015 (she was born on July 31, the same day as Harry Potter), she threw a party on Halloween. She said she tasked her guests with coming as their own private nightmare. Hers was a lost manuscript.

"I wrote over a dress most of that book," she said.

She doesn't go into how long the book actually is, what it's actually about or what kind of dress she made unwearable — except in very specific circumstances — but she does dash the hopes of "Harry Potter" fans by discussing whether the book-slash-dress will ever get published.

"So that book, I don't know whether it will ever be published, but it's actually hanging in a wardrobe currently," she said.

Rowling stat down with Amanpour to talk primarily about her children's charity Lumos, which seeks to help children stuck in institutions around the world and to provide them with health care and education.

"What drew me in was one child. It was a news report about one child in a newspaper," she said. "The story was about an institution in the Czech Republic where this boy, among many other children with special needs, was being kept, I would say, at least 20 hours out of 24 in a cage-bed, which is exactly as it sounds. It's a cot for a baby covered in — covered in mesh, covered in wire. And that was his existence. And from that, that's how it all began. I was just appalled and horrified."

You can read the rest of the interview here.

More from The Wrap:
‘Harry Potter and the Order of the Phoenix’ Turns 10: 18 Behind-the-Scenes Facts (Photos)
‘The Confessions’ Review: Tedious Thriller Has Nothing New to Say About Banking and Greed
Emily Watson Joins Angela Lansbury in PBS’ ‘Little Women’