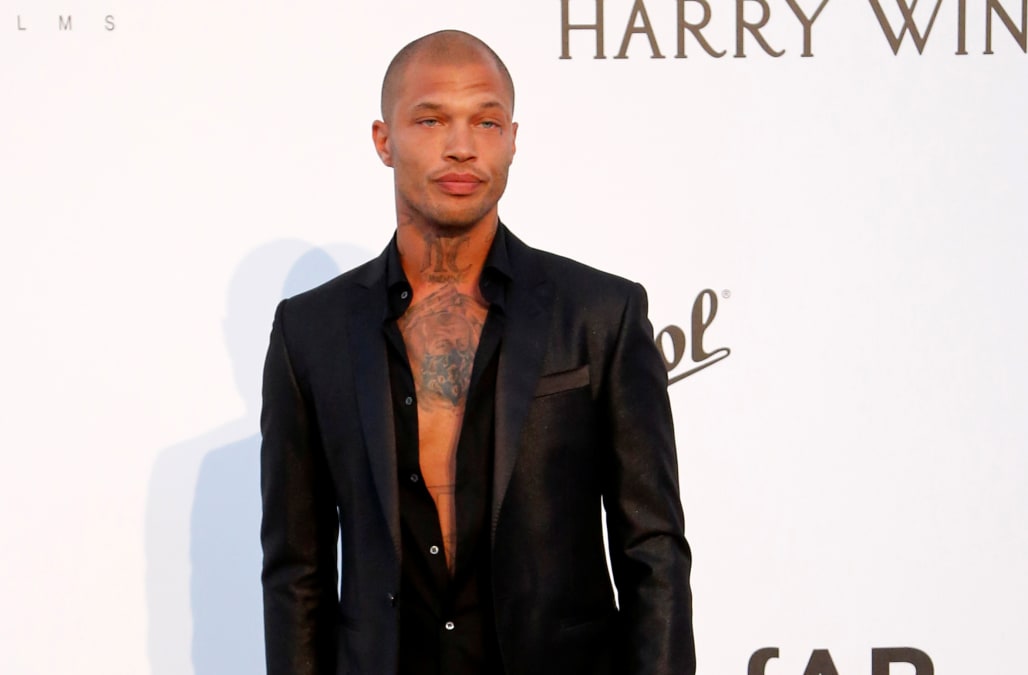 It sounds like Jeremy Meeks, who made headlines in 2014 for having a seriously sexy mugshot, is headed for divorce.

Melissa, 38, tells the Daily Mail that their "marriage is over," and that she had "no idea" her 33-year-old husband was even with Chloe, daughter of billionaire and Topshop founder Sir Philip Green. Chloe, who also posted an image of herself alongside Jeremy and his manager, has since deleted her Instagram account.

Melissa says the images cut like a "dagger through the heart" and left her feeling "humiliated."

"I know it takes two to tango but she knew he was married. To me, that's unforgivable," Melissa says to the UK publication. "My whole world has been torn apart by this. What do I tell our children? My heart is broken. My marriage wasn't perfect but I thought it could be saved, until this happened."

Melissa says she is "angry" with both Jeremy and Chloe and is concerned about the kids -- the couple has a 7-year-old son, and Melissa has two other children from a previous relationship.

"What they did destroyed my entire world," she says. "Did either of them think about the children and how this will affect them? They're the innocent victims in this. And so am I. They weren't even trying to be discreet. I've been publicly humiliated, which makes the pain so much worse."

She also says she didn't learn of the affair until a complete stranger sent her a photo of the couple through a direct message on Instagram, adding that she'd "never heard of Chloe Green."

"The first I learned of it was when I woke up and checked my phone," Melissa says. "I went into shock. I felt nauseated. It was like a bomb had gone off and my whole world had been blown apart. I thought Jeremy was working."

Adding that Jeremy was supposedly on a business trip in Turkey to promote a holiday resort, Melissa says her texts and calls went unanswered. They finally had a showdown on Wednesday, following Jeremy's return home.

"We had it out on the doorstep. I told him how devastated and angry I am," she says. "He kept apologizing -- not for the affair, but for the way I learned about it. I feel humiliated, not just because my husband was caught with another woman but for the fact they were so brazen about it. He told me, 'I didn't mean it to happen like this.' Those pictures will haunt me forever. He kept saying, 'I'm sorry, you didn't deserve this.' We talked about divorce. I told him I didn't think the marriage could be saved. He agreed. The marriage is over."

Following Jeremy's newfound fame after his release from jail, Melissa says his image no longer "fit with a man who had a wife and kids."

"Fame changed him," Melissa claims. "His head was turned. Sex sells. He's a sexy guy and he didn't want his wife there. He started hanging out with celebrities. I wanted to be part of his world. We argued about it. He spent increasing amounts of time away from home and when he came home we rowed. We went through ups and downs. Did we discuss separating? Yes. But as far as I was concerned we were trying to make our marriage work."

Melissa says Jeremy is currently staying with friends and feels as if the entire situation is a "nightmare."

"I loved my husband -- I still love him," she says. "I never imagined our marriage would end like this in such a humiliating way."

ET has reached out to Jeremy's manager for a comment. For more on Jeremy and the Topshop heiress, watch the video above.