Spotted on set! See all the stars on their films and shows this summer 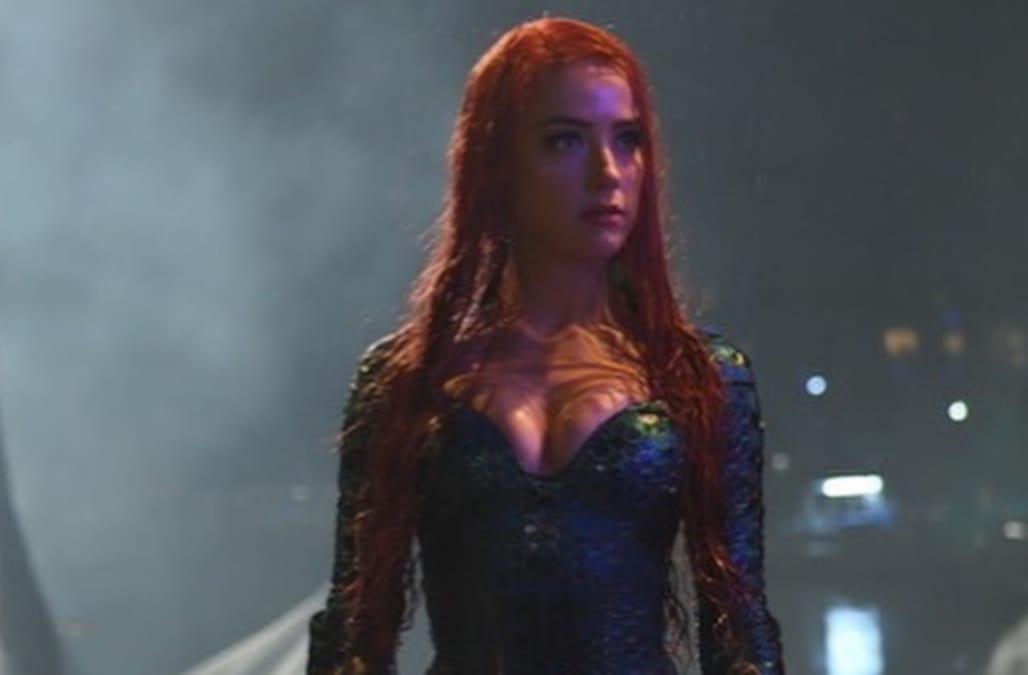 Ever wonder what kind of trouble celebs are up to on the set of their films and shows? Well, it's not too hard to find out when celebs share photos right from set to their social media accounts.

The Rock notoriously shows off the impressive (and sometimes dangerous!) stunts he tackles in his films. The Rock, who is currently working on "Rampage," posted a photo recently where he revealed that the director compared his running style to that of fellow action star, Tom Cruise. Naturally, Rock wasn't having it -- and he said he runs way more like a warrior than Cruise. Gauntlet dropped.

Jason Momoa and Amber Heard have been sharing photos from the set of "Aquaman," and it's safe to say that Heard looks just as gorgeous as a red-head as she does a blonde. She'll play the role of Mera in the much-anticipated flick.

Check out all the photos of stars on set below:

Spotted on Set: Summer 2017
Sarah Jessica Parker films a scene for 'Divorce' at Washington Square Park on June 9, 2017 in New York City. (Photo by Gotham/GC Images)
Water break @prideofgypsies @creepypuppet #aquaman 📸: @jasinboland
Forks, tongs, cans + bottles + a Wong... Help us #healthenet #afeastoffriends #Avengers #AvengersInfinityWar #universescollide #sciencebros #facialhairbros #beardbros #holmies #benedictsquared #avengersassemble #marvel #mcu #ironman #drstrange #hulk #benedictcumberbatch #benedictwong #lacroix (📸credit @jimmy_rich)
Headhunter lean.. with full grenade belt. While shooting this running scene all day, one of our producers said "Rock you're running like Tom Cruise in his movies".. I said stop the music right there. Nope. Cruise runs like 6 o'clock. Straight up and down, arms tight to the body like an offensive player running for the end zone. This is the run of a defensive headhunter. Forward lean, stride long, arms open and pumping. Intense eyes fixated on the target 🎯which my warrior ancestors lovingly referred to as your head. This running form is also called, "get me the fuck outta here because there's a genetically modified 50 TON BEAST that's trying to eat me and all I wanted to do is just want to go home and have tequila and waffles". #HeadhunterLean #FightOrFlight #IDontTasteLikeChicken #RAMPAGE
Always laughing with these two 😘😋 #TBT #WonderWoman #Grateful
Dropped by X-Mansion. Looked closely for Beast's lawn bombs before taking well deserved nap.
@DeparturesMovie #🎬 @maisie_williams
Awesome being in a movie with the Legendary Christopher Plummer! Would have been Awesomer if we had a scene or 2 or 3 together. Oh well... Next time!
The face of a mother desperate to change fate. @somewherebetweenabc coming this month!
Jennifer Lopez hit the streets of NYC to film a scene for 'Shades of Blue.' (Photo by Gotham/GC Images)
Ray Liotta shows off a rough cut during a scene in "Shades of Blue." (Getty)

Adam DeVine and Rebel Wilson get cozy on the set of "Isn't It Romantic" in New York City.