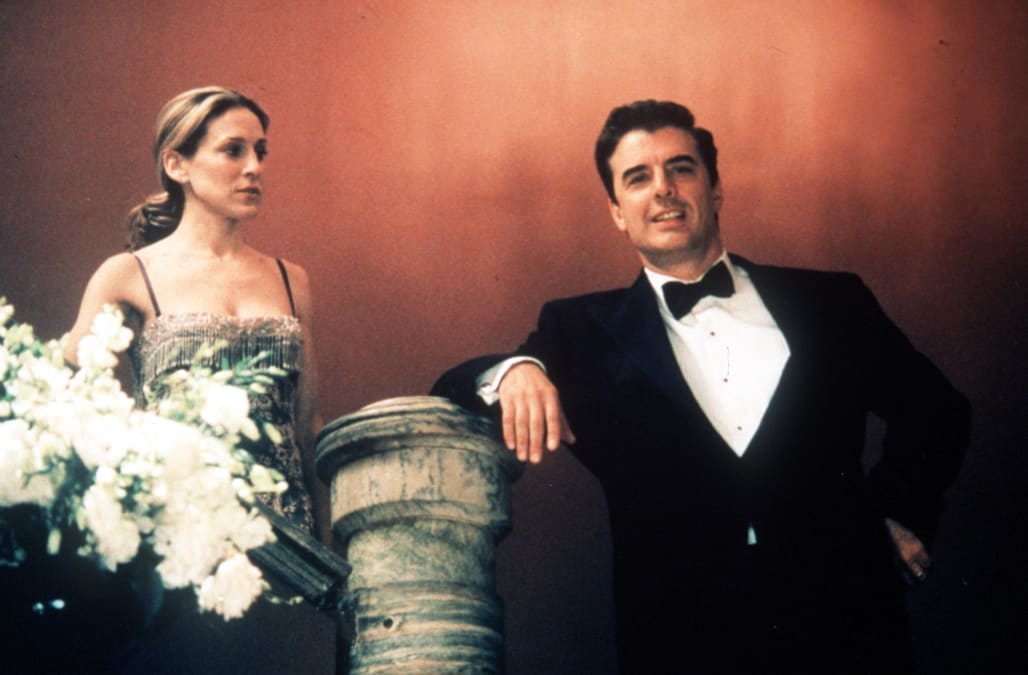 The woman behind Sex and the City isn't so sure Carrie Bradshaw would've had her happy ending if she lived in the real world.

"Well, I think, in real life, Carrie and Big wouldn't have ended up together," Candace Bushnell -- who wrote the books that inspired the beloved TV and movie series -- admits to The Guardian. "But at that point, the TV show had become so big. Viewers got so invested in the storyline of Carrie and Big that it became a bit like [Pride and Prejudice's] Mr. Darcy and Elizabeth Bennet."

Bushnell adds that Sex and the City became too much of a phenomena not to have Sarah Jessica Parker and Chris Noth's characters end up together. "They had become an iconic couple and women really related to it. They would say, 'I found my Mr. Big' or, 'I just broke up with my Mr. Big.' It became part of the lexicon," she explains. "And when people are making a TV show, it's show business, not show art. So at that point, it was for the audience and we weren't thinking about what the impact would be 10 years later."

As for why the HBO series has staying power, the 58-year-old writer has a simple answer: "human nature."

"We all grapple with the issues in Sex and the City, and now people grapple with them in a different way, maybe online," she notes. "But the core of wanting to find someone, a soulmate, or not wanting one, the things that one learns about oneself when one gets into relationships, all that is human nature and that doesn't really change."

Bushnell admits that the trend toward online dating has changed the relationship landscape drastically -- though she's not sure if it's for the better. "When I talk to girls in their early 20s some say, 'What's a date like?' Twenty years ago, you had to go on dates," she says. "But Tinder has pushed us up against a very harsh reality and I think younger people see themselves as commodities in the dating world. I have to say, that never crossed our minds 20 years ago, the idea of having to make myself more attractive on my profile, this whole idea of marketing oneself."

While several of the stars of Sex and the City have discussed a possible third movie, Bushnell didn't talk about expanding the franchise in her recent interview. Last September, however, Parker spoke with ET about whether she'd consider reprising her role as Carrie.

"We have this very long and honored relationship with those women and men that watched our show," the 52-year-old actress said. "We aren't casual about it and we have to know that we are offering up something that is deserving of their time and affection and dollars for tickets. So we consider all those things. That means we aren't being flighty with them. It's not on the table. It's in the warming drawer."