'Once Upon a Time' season 7: All the new and returning castmembers 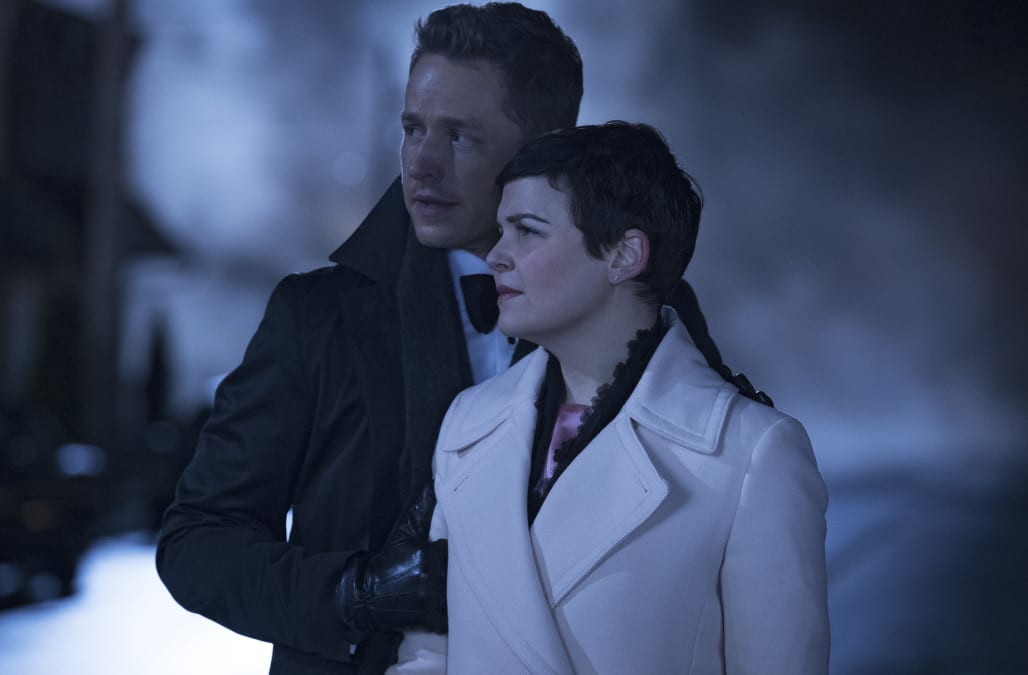 The seventh season of ABC's Once Upon a Time is coming into focus.

Following the exits of stars Ginny Goodwin (Snow White), Jennifer Morrison (Emma) and more, the Disney-inspired fairy-tale drama is rebooting itself for what producers Adam Horowitz and Eddy Kitsis called the "next chapter."

To help keep track of all the comings and goings, The Hollywood Reporter breaks down who's out and who's staying, as well as all the new faces coming aboard for season seven.

"I hesitate to use the word 'reboot.' We're more thinking about it as a hybrid of a lot of things," Horowitz told THR in May after the season-six finale. "We're paying homage to the original premise, but there are certain characters who are returning and some who are not. It's a combination of a lot of things, but what we're trying to do is go in a new direction but stay true to the spirit of what the show has always been."

Read more: 'Once Upon a Time' Creators Explain the "Next Chapter" to Come in Season 7

In addition to original series regulars Goodwin and Morrison, Josh Dallas (Prince Charming), Jared Gilmore (Henry), Emilie de Ravin (Belle) and Rebecca Mader (the Wicked Witch) are all walking away from the franchise. (Expect Morrison to come back for an episode or two in season seven to close out Emma's storyline.)

"Everybody has said they'd be willing to come back. As our show is and has been for six years, we see people come back all the time," Kitsis said about seeing any of the exiting stars returning.

There are a number of new series regulars joining Once for season seven. They are:

• Alison Fernandez, who plays Lucy, Henry's long-lost daughter, who, in a nod to the pilot, shows up on his doorstep to prompt him into saving his family. (Series regular)

• Dania Ramirez (Devious Maids), who is playing a character that is being kept under wraps. (Series regular)

• Gabrielle Anwar (Burn Notice), who is playing a character that is being kept under wraps. (Series regular)

• Mekia Cox (Chicago Med), who is playing a character that is being kept under wraps. (Recurring)

• Adelaide Kane (Reign), who is playing a character that is being kept under wraps. (Recurring)

Producers have noted that they play to "open up the universe more" in season seven, which includes just how they get to see Henry as an adult and what that means for Regina. Season seven, Kitsis said, will explore the "epic love story" between Lucy's mother and Henry, who is the grandchild of Prince Charming.

Bookmark this page for the latest Once Upon a Time season-seven news, as we'll update it as more information becomes available.