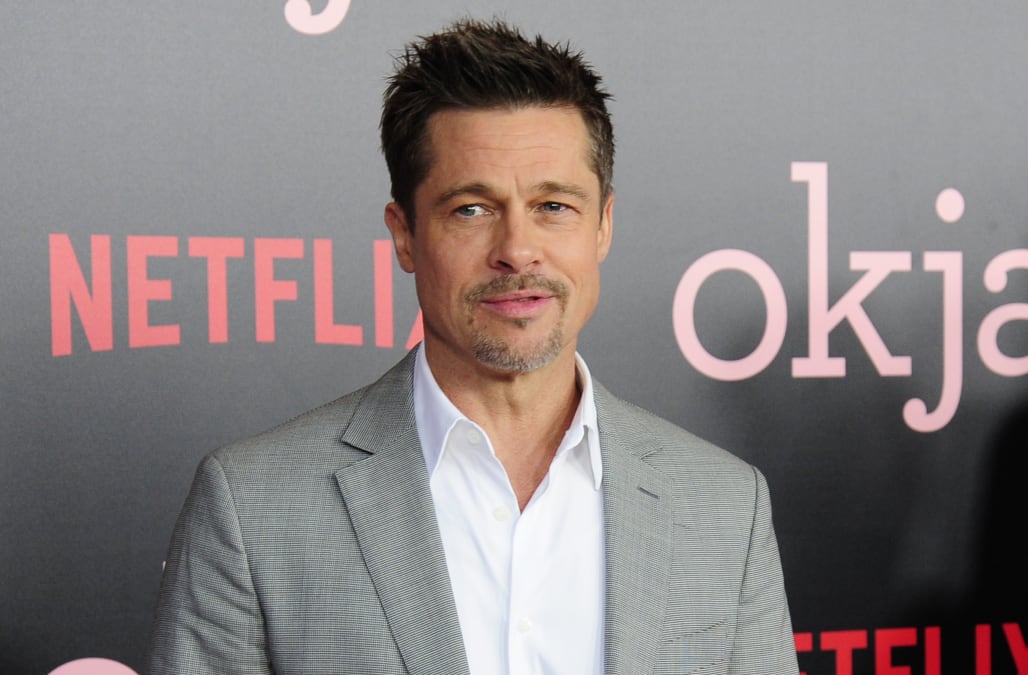 Brad Pitt is back!

Once again, the 53-year-old heartthrob was spotted out and about in Los Angeles, California, on Thursday, and looked ruggedly handsome in a pair of worn blue jeans, brown boots, dark sunglasses and a blue muscle T-shirt. Pitt took a break from working at his office, and was seen grabbing iced coffee to beat the summer heat.

The War Machine star has certainly found his stride since splitting from wife Angelina Jolie in September, and appears to have done so by putting all his energy into his art. Prior to his iced coffee run, Pitt was photographed smiling for cameras outside his art studio, while wearing another fitted T-shirt, faded jeans and the same brown boots. To top it all off, he's currently sporting some sexy, scruffy facial hair. 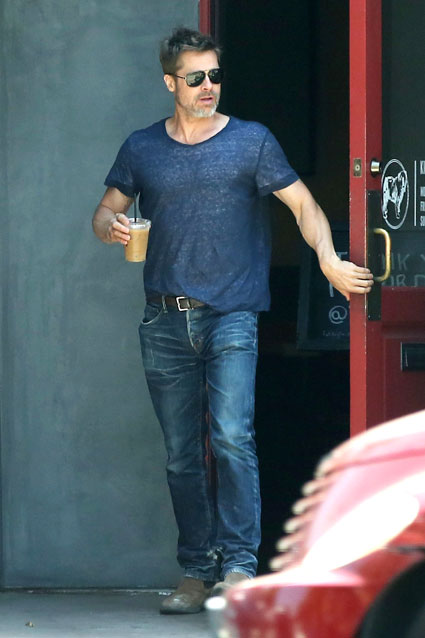 Last month, a source told ET the actor is still single despite him recently being romantically linked to both actress Sienna Miller and supermodel Elle Macpherson. Given how much he's spotted at his art studio, he might not have time to date right now.

When interviewed by GQ Style in May, Pitt revealed what he's working on when holed up in his studio. "I'm making everything," he shared. "I'm working with clay, plaster, rebar, wood. Just trying to learn the materials. ...But it's a very, very lonely occupation. There's a lot of manual labor, which is good for me right now. A lot of lugging clay around, chopping and moving and cleaning up after yourself."

Here's a look at yet another time the father of six was looking handsome while heading to work in the video above.