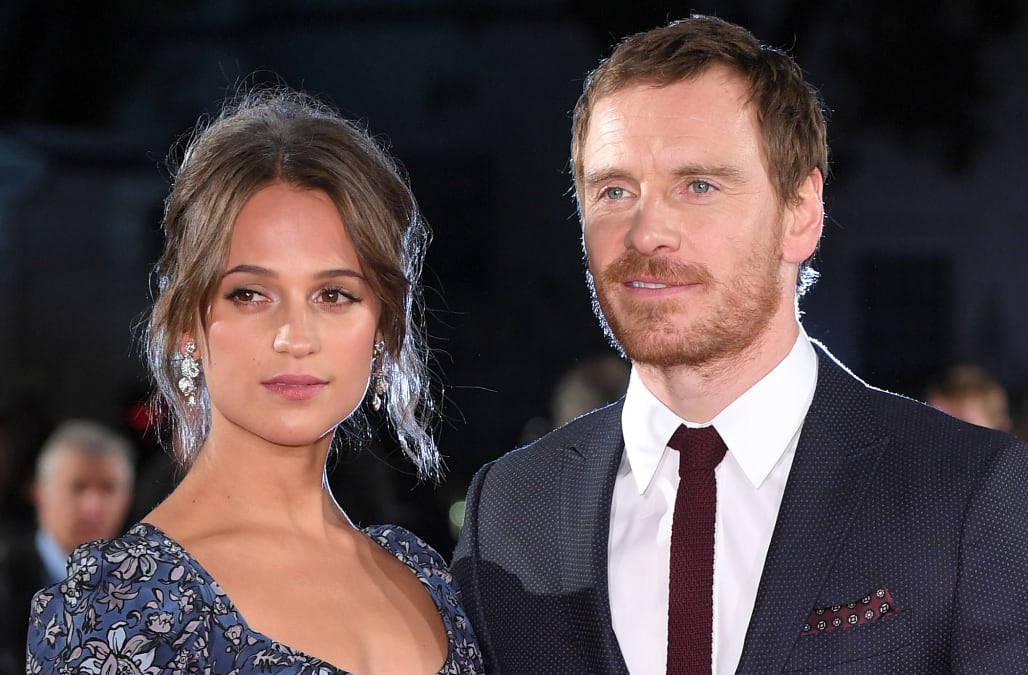 Alicia Vikander and Michael Fassbender are heating up Ibiza!

The lovebirds were spotted hanging out on a yacht near the island of Formentera on Wednesday, packing on the PDA and putting their enviable figures on full display during their relaxing, romantic getaway.

MORE: Michael Fassbender Opens Up on Alicia Vikander Romance: 'It's Good That it Happened' 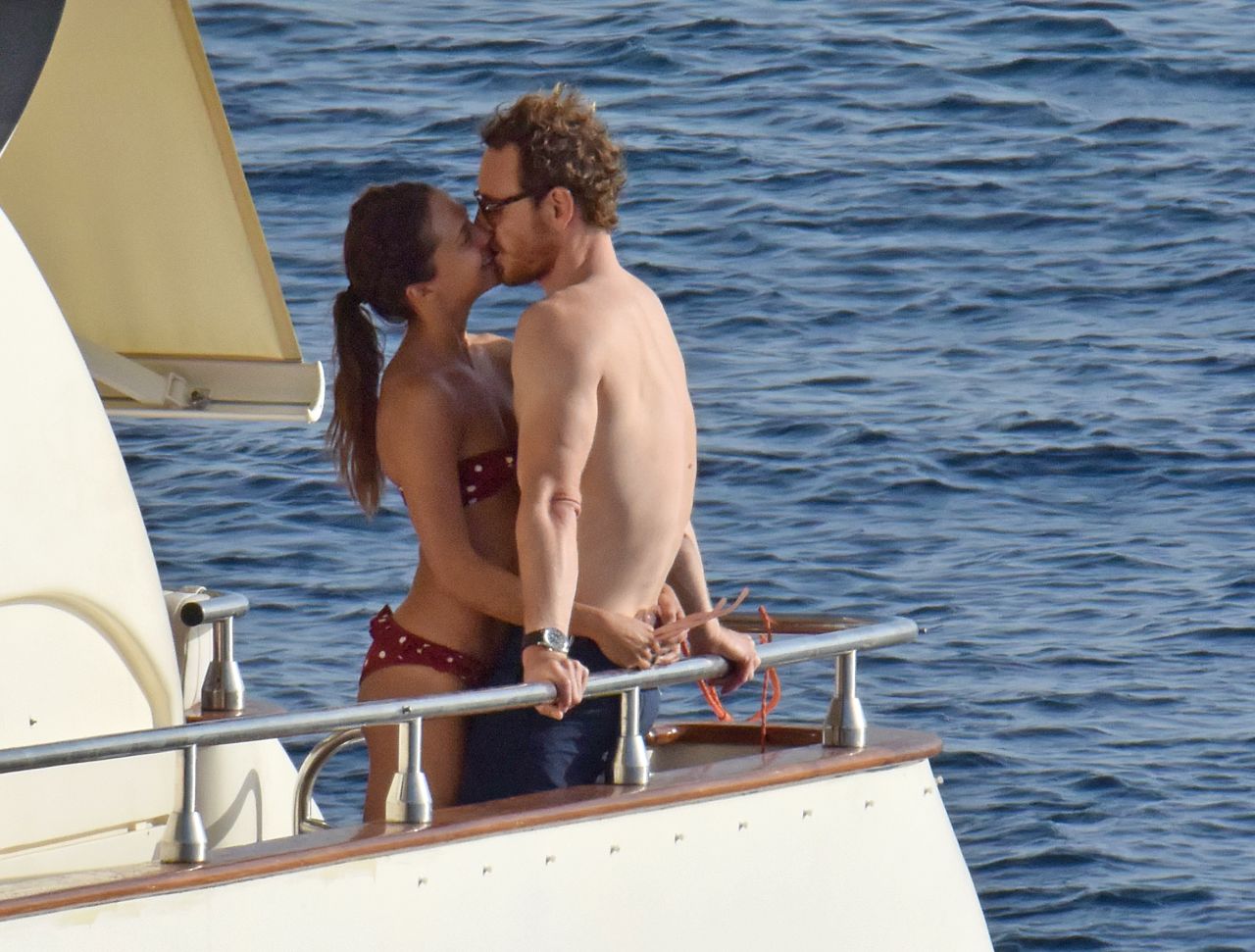 The Jason Bourne star appeared completely confident in her red-and-white polka dot & Other Stories bikini, which featured ruffles and a teeny bandeau top with a ring. The sporty two-piece highlighted the 28-year-old actress' ripped body, which her trainer, Magnus Lygdbäck, told Self is a result of a strict food and fitness program that's "not too far off what professional athletes undertake." These workouts include boxing, heavy lifting, climbing and high intensity interval training. 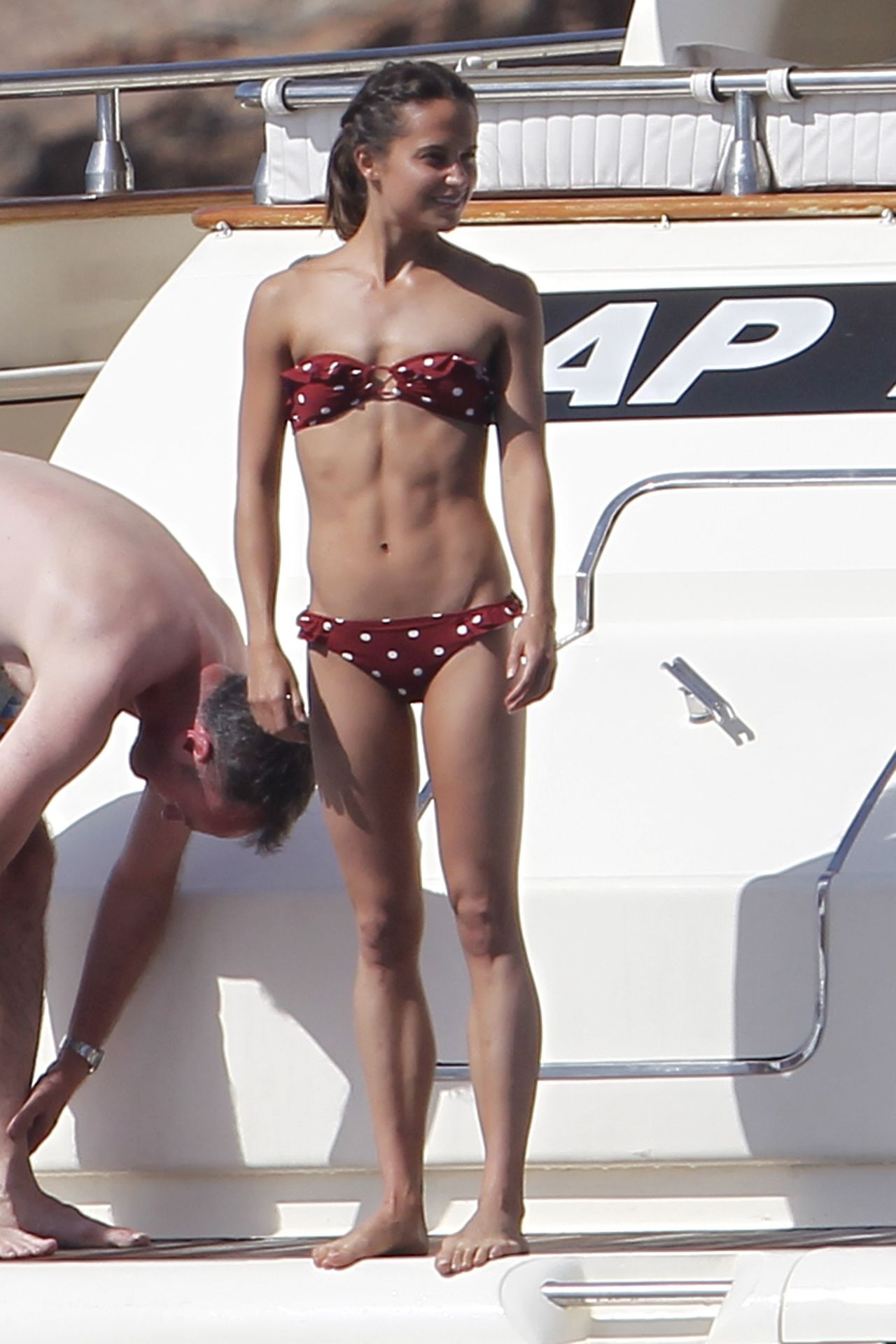 Vikander's 40-year-old beau looked equally fit, showing off his rock-hard abs, pecs and biceps as he went shirtless on the yacht. The Alien: Covenant star sported blue swim shorts, a watch and some scruff, appearing as hot as ever during their party with friends. 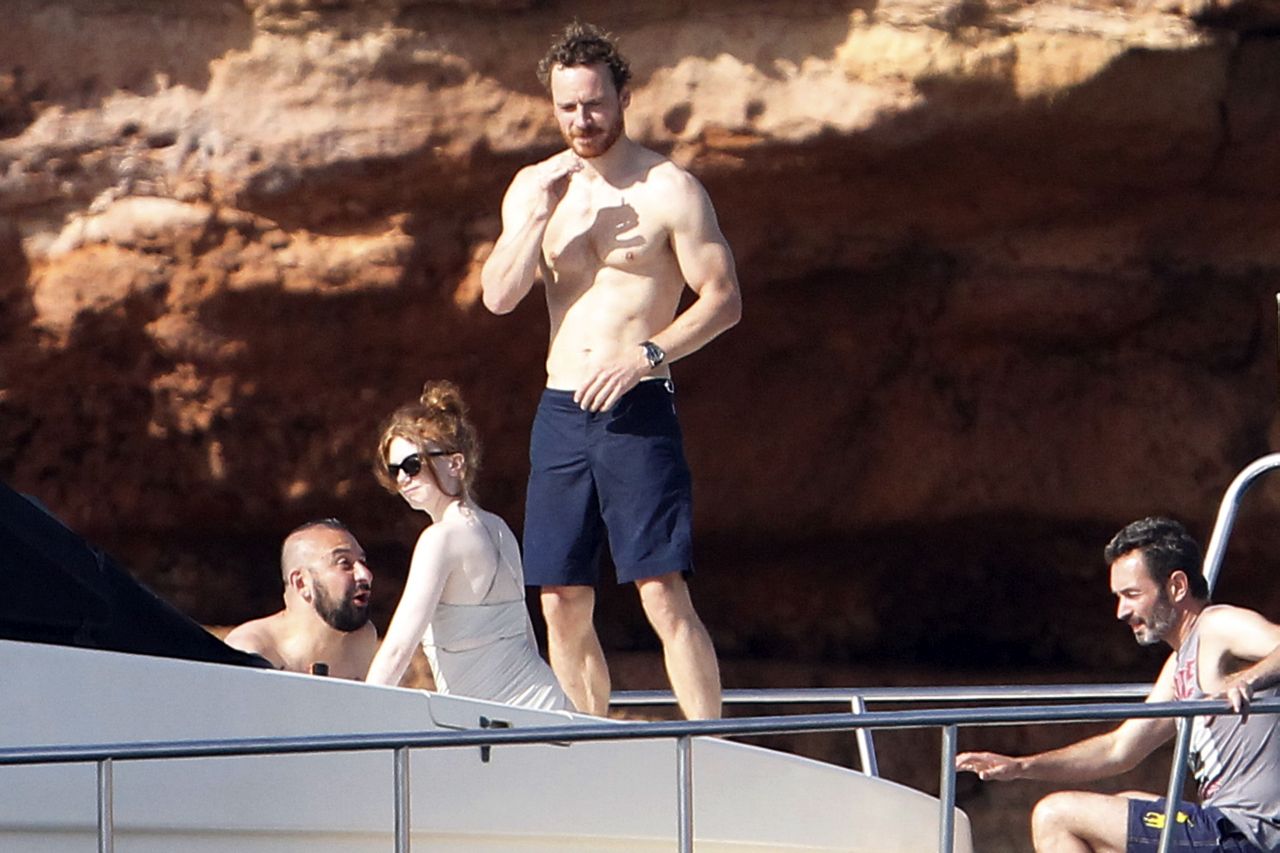 WATCH: Michael Fassbender and Alicia Vikander on Their Instant Chemistry the Night They First Met

Vikander and Fassbender first met in December 2014 while starring opposite each other in The Light Between Oceans. When ET caught up with the couple last July, they couldn't help themselves from sharing the adorable story of how they knew they had instant chemistry.