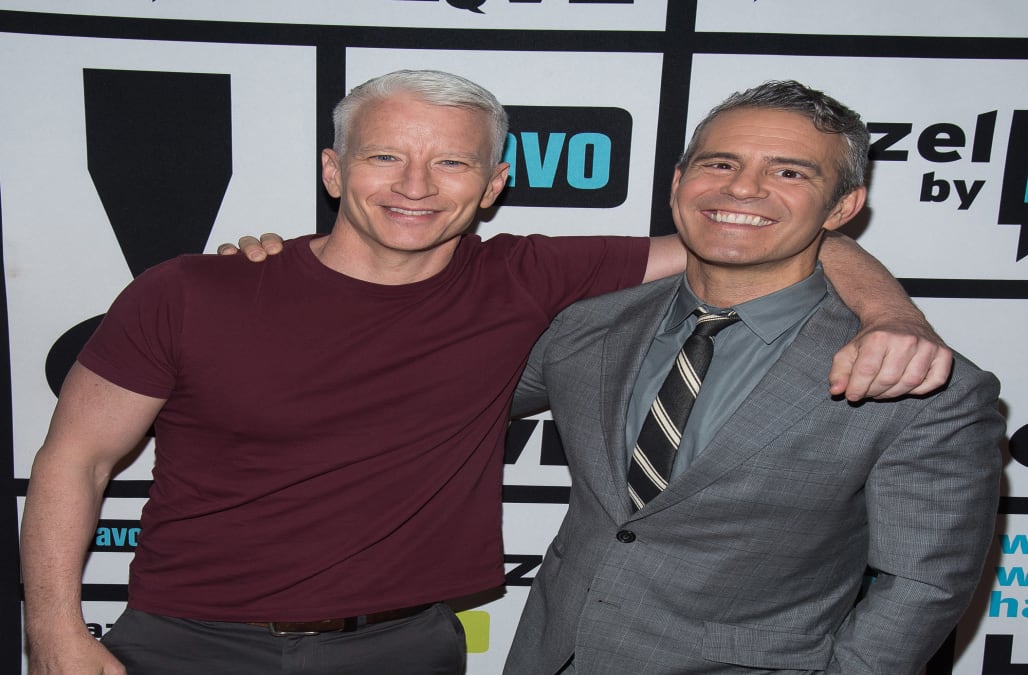 The TV stars took a break from their busy schedules, and jetted off to Tahiti for a much needed vacation. Both the Bravo host and CNN journalist shared a photo from their getaway on Wednesday, which showcased their matching black rash guards. Cohen wore the top with floral swim trunks, while Cooper paired it with dark blue shorts.

Caught a silver fox swimming by a deserted island!

"Caught a silver fox swimming by a deserted island!" Cohen, 49, captioned the pic.

WATCH: Andy Cohen Says Anderson Cooper is 'Moody as F**k,' Reveals Who He'd Like to Set Up Lady Gaga With

The duo have been friends for some time but admitted during an episode of Watch What Happens Live in November that they nearly went on a blind date together.

"Andy and I were first set up on a blind date, which never happened because we had a phone call and after two minutes, I said, 'I'm not dating this guy,'" Cooper recalled. "He broke my cardinal rule... he mentioned my mom [Gloria Vanderbilt] within the first four sentences of meeting me."