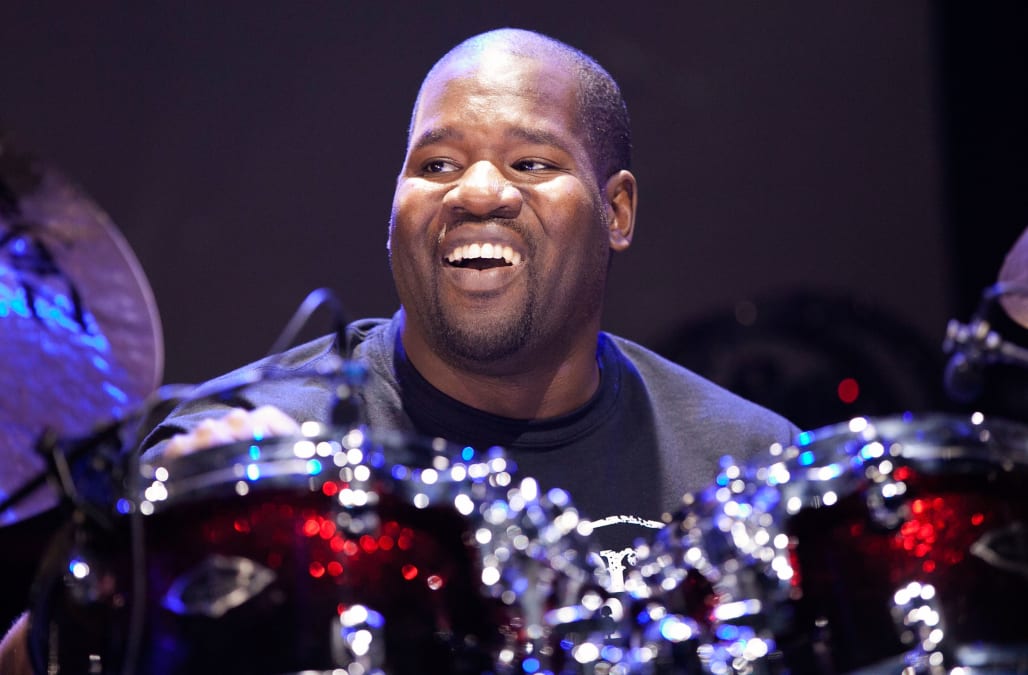 John Blackwell Jr., best known for his work as a drummer for Prince, had died. He was 43.

Blackwell's wife, Yaritza, announced his death on her husband's Instagram account, where she shared a photo of them holding hands.

"My husband incredible drummer John Blackwell Jr. passed the way peacefully in my company today," she wrote. "Thanks God for his life and thanks everyone for their support."

Four days prior to announcing Blackwell's death, she shared an update on his health:

"One year ago, my husband, incredible drummer John Blackwell Jr. was diagnosed with brain tumors while in Japan playing at the Blue Note Tokyo in a featuring with top bassist Nik West. This whole year has been very challenging not only for John, but for me also, that have to provide the care he needs, and with the help of God, you as donors, and his doctors, nurses and therapists he is still fighting hard to get better."

"I pray God for John everyday, every hour... and thank you for your prayers, donations and for the good thoughts for John," she added. A GoFundMe donation page was created to help pay for his medical expenses soon after his diagnosis.

My husband incredible drummer John Blackwell Jr. passed away peacefully in my company today. Thanks God for his life and thanks everyone for their support. Yaritza

Blackwell performed with Prince for over a decade and also played on two of his releases, 2003's instrumental N.E.W.S. album and the Live at the Aladdin Las Vegas DVD.

Prior to meeting Prince, he was a drummer for Patti LaBelle for three years and appeared her 1998 Live! One Night Only album.

In addition to playing with a long list of othermusicians throughout his career, he notably toured with Justin Timberlake in 2006, in support of FutureSex/LoveSounds.