Will wife of 'Hot Felon' Jeremy Meeks forgive him after he was pictured kissing Heiress? 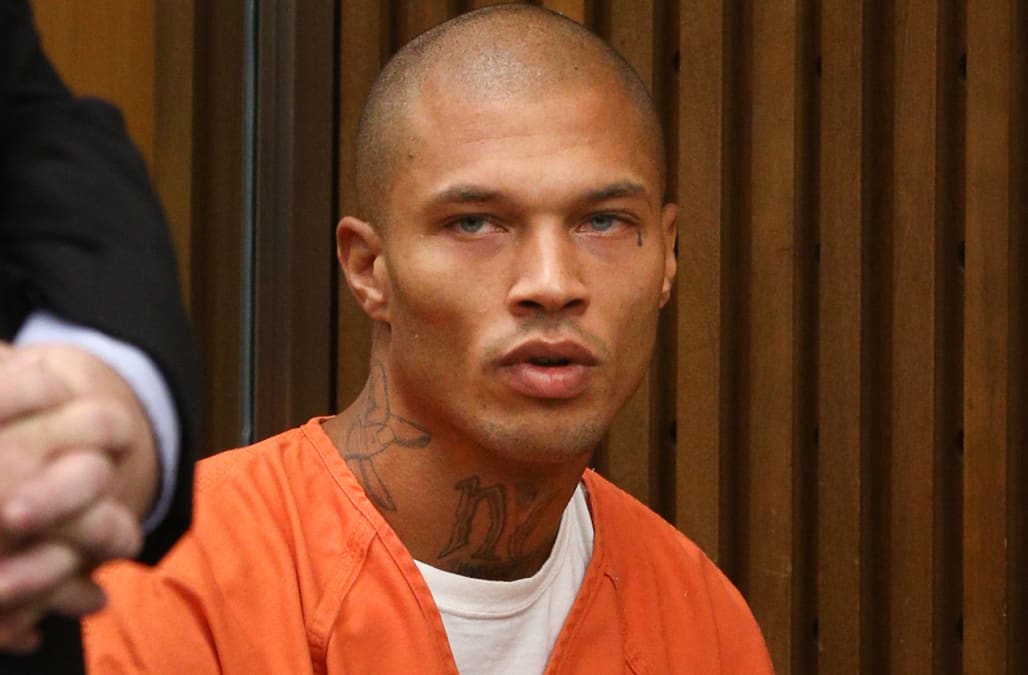 The so-called "Hot Mugshot Guy" has found himself in quite a hot mess after he was spotted kissing a young heiress on a yacht in Turkey.

"People wanna know what's going on with that girl you were kissing on the boat," photographers told Jeremy Meeks after he landed in Los Angeles Monday.

"I ain't making no comments right now, man," he snapped.

But despite the photos of Meeks getting cozy with Chloe Green, his wife, Melissa, actually seems willing to forgive him.

"We are still legally married," Melissa Meeks told a reporter after the images surfaced.

Meeks spent Independence Day at his California home with his two sons.

"Happy 4th of July from me and my boys," he posted on Instagram.

Meanwhile, Melissa posted a sexy selfie on Instagram, perhaps to remind her husband what he's missing.

Since his mugshot went viral in 2014, heavily tattooed ex-con has become a fixture at fashion shows across the globe starting earlier this year when he made his runway debut at New York Fashion Week.

But his success has apparently brought temptation.

Last week, he was photographed dancing at a party on Chloe's yacht off the coast of Turkey.

The heiress is clearly smitten, posting a photo of the pair on social media with the caption, "Just the beginning." Her account has since been deleted.

When Inside Edition spoke to Melissa Meeks back in 2014, her husband was still in jail on gang-related charges, before his mugshot smoldered the internet and resulted in a modeling contract upon his release.

"My husband is the love of my life," she said. "I would do anything to support him. Anything to back him up."