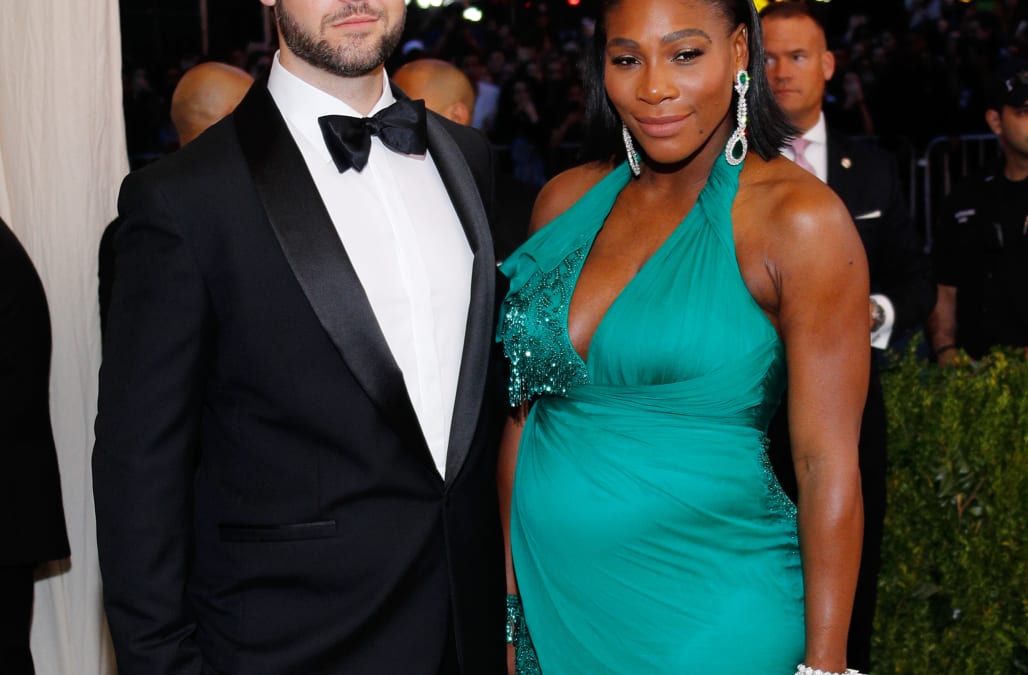 Serena Williams is "awesome at a lot of things," according to her fiance, Alexis Ohanian -- and one of those things is sure to be her soon-to-be mom duties.

The Reddit co-founder spoke glowingly of Williams, with whom he is expecting his first child, during an appearance on CNBC's Squawk Box on Friday.

"She's awesome at a lot of things and she's well on her way to being an awesome mom," Ohanian said.

The 34-year-old entrepreneur also revealed he will be taking six weeks of leave when the new baby arrives.

"At Reddit, it's really important for us to support men and women when they are welcoming a new member to the family," he said. "And so we have a pretty generous parental leave policy. I'll be taking off for six weeks myself and trying to do the best job possible as a first time dad."

Williams recently made news not only for her beautiful Vanity Fair cover, but for dismissive comments by former tennis champ, John McEnroe, who doubted her ability to compete on the men's tennis circuit.

McEnroe later tried to explain his comments. "We were talking to someone on NPR radio and she said something to the effect, she was asking about Serena, and I said, 'Serena Williams is the greatest female tennis player that ever lived and I think she's absolutely tremendous,'" he recalled on The Late Show With Stephen Colbert.

"She followed up with, 'Why do you have to say female tennis player? Isn't she the greatest tennis player that ever lived?'," he continued. "And I just said, 'Well wait, whoa, whoa, whoa, hang on a second here. If we're going to talk about that, you get into a little different category.'"