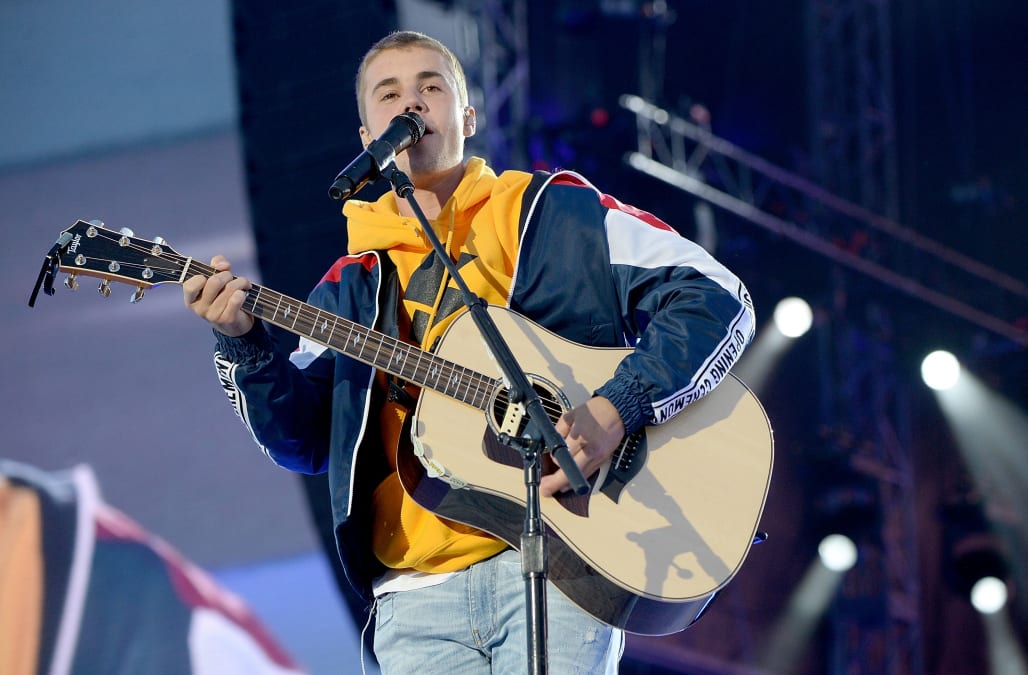 Justin Bieber's been working hard in the gym!

The 23-year-old singer flaunted his rock-hard abs while soaking up the sun during a beach day in the south of France on Friday.

RELATED: Justin Bieber Declares Drake the 'Best of Our Generation' In Random But Sweet Instagram Tribute

Bieber sported bright blue swim trunks with red flowers, all while having a blast splashing through the shallows. 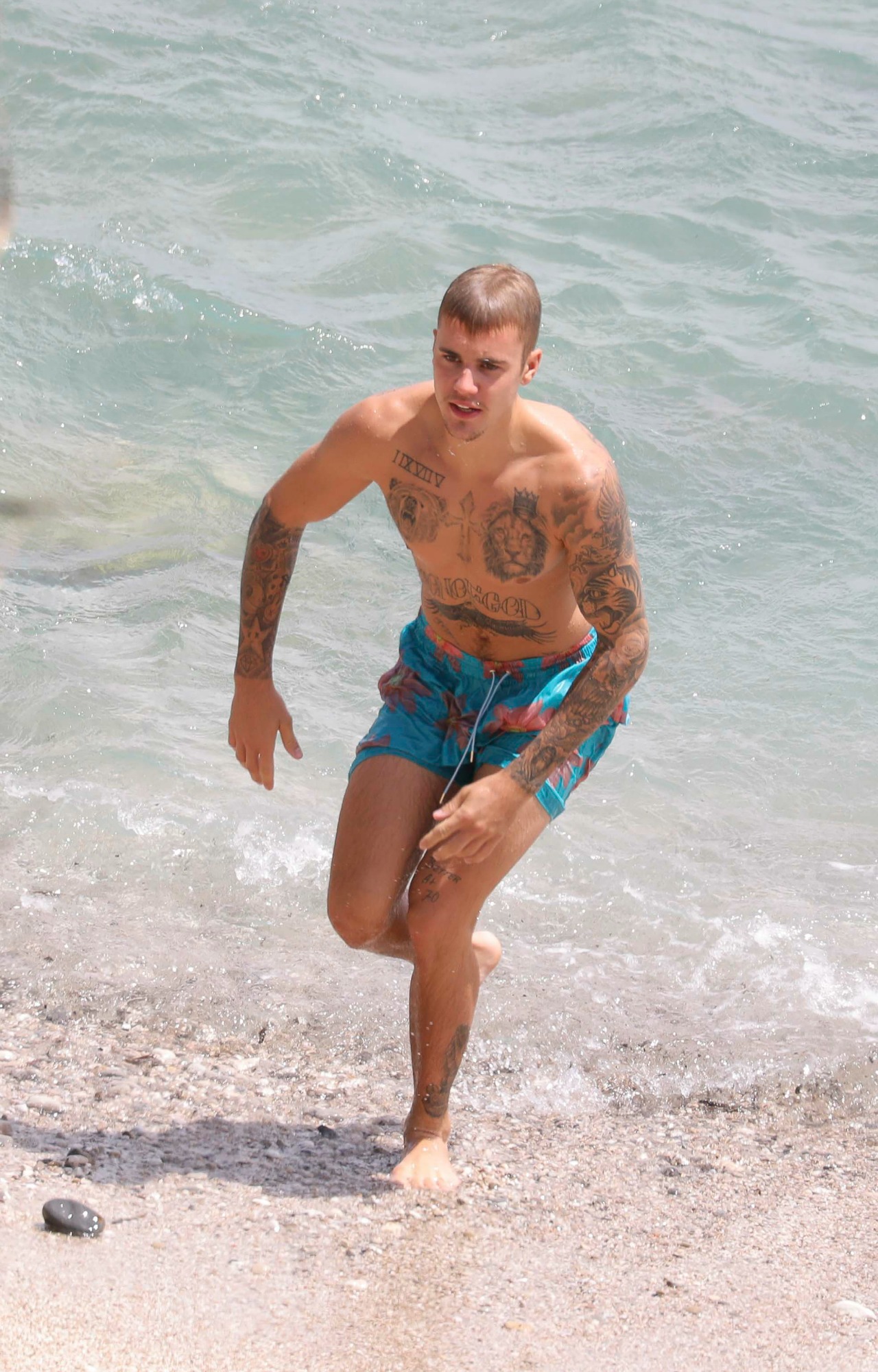 The "Sorry" singer later headed to the airport on a scooter with a friend before flying to the U.K. to make his evening concert in Cardiff, Wales.

Visible during Bieber's beach extravaganza was his new "Better at 70" tattoo, which he got last month in an effort to remind himself to stay on the straight and narrow after his past mistakes.

"I look back at a lot of things in my life, mistakes, insecurities, and although I have felt I've wasted a lot of time it also makes me want to be better faster and longer! For me personally I want to work everyday to be BETTER AT 70," he wrote alongside a snap of the tattoo last month.

More from ET Online:
Justin Bieber Declares Drake the 'Best of Our Generation' In Random But Sweet Instagram Tribute
Ed Sheeran Gets Salty After Being Accused of Not Playing Live: 'It's a Loop Station, Not a Backing Track'
Charlotte Church Loses Her Baby Weeks After Announcing Pregnancy