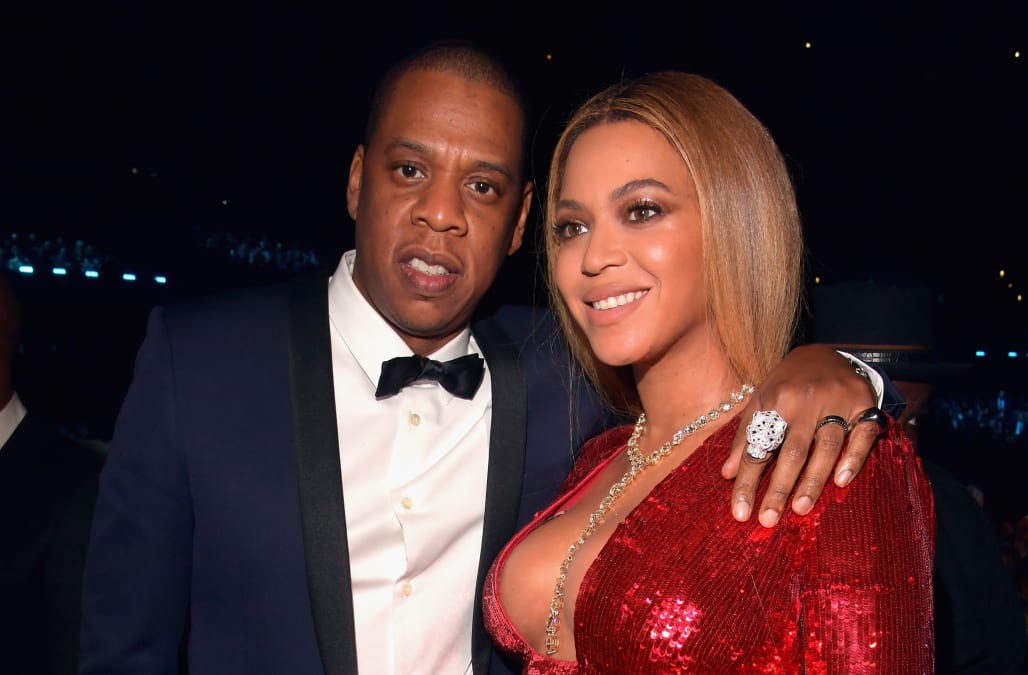 For fans hoping that JAY-Z's new album, 4:44, would address Beyonce's Lemonade -- more specifically, the themes of infidelity and family drama in the diva's award-winning 2016 visual album -- the rapper wasted no time, getting in deep on the album's very first song.

The internet blew up immediately after 4:44 was released exclusively to Tidal and Sprint customers on Thursday night, with many pointing to lyrics in the first track, "Kill Jay-Z," that seem to address both Lemonade and the rapper's infamous elevator spat with Beyonce's sister, Solange Knowles, after the 2014 Met Gala.

"You egged Solange on," Jay rhymes, "knowing all along all you had to say you was wrong."

WATCH: Lupita Nyong'o Breaks Down in Tears During Intense Promo for JAY-Z's '4:44' Album

But it's the next line that fans think is even more telling.

"You almost went Eric Benét, let the baddest girl in the world get away," he raps, referencing the actor and musician who split from Halle Berry in 2003 amid rumors of infidelity. Later, he warns again, "Never go Eric Benet."

JAY-Z gets even deeper in the album's fourth track, also named "4:44," in which "I apologize" is a running theme and the rapper references his and Beyonce's newborn twins.

"Took for these natural twins to believe in miracles. Took me too long for this song, I don't deserve you," he rhymes."My heart breaks for the day I have to explain my mistakes and the mask goes away."

4:44, which also features guest appearances from Frank Ocean, Damian Marley, and a spoken word sample from JAY-Z's mother, Gloria Carter, is available to Sprint and Tidal customers now, after debuting nationwide on 160 pop, rhythm and urban stations, in partnership with iHeartMedia.

WATCH: JAY-Z Is All Smiles at the Gym After Twins' Birth and New Album Announcement -- See the Pic!

The Carter's new digs come with a backyard fit for five (hundred).

An open floor-plan living area is just one of the estate's many treasures.

Okay, even the breakfast nook has floor to ceiling windows and a spectacular ocean view.

When you live in a $54.5 million home, gutters are complimented by ornate tile work.

An in-house movie theater for Netflix and chill.

The gourmet kitchen is all done up in Calacatta marble and luxury appliances. Swoon.

Bey is so happy she's not pregnant anymore.

This chic sitting area doubles as a music room.

(Image credit: Trulia)
Up Next

More from ET Online:
Sean 'Diddy' Combs Reveals the Advice He Gave JAY-Z About Raising Twins With Beyonce: It's 'Double the Fun'
EXCLUSIVE: DJ Khaled Opens Up About His 'Legendary' Baby Boy Asahd at BET Awards: 'I Work For Him'
BET Awards 2017: The Complete Winners List