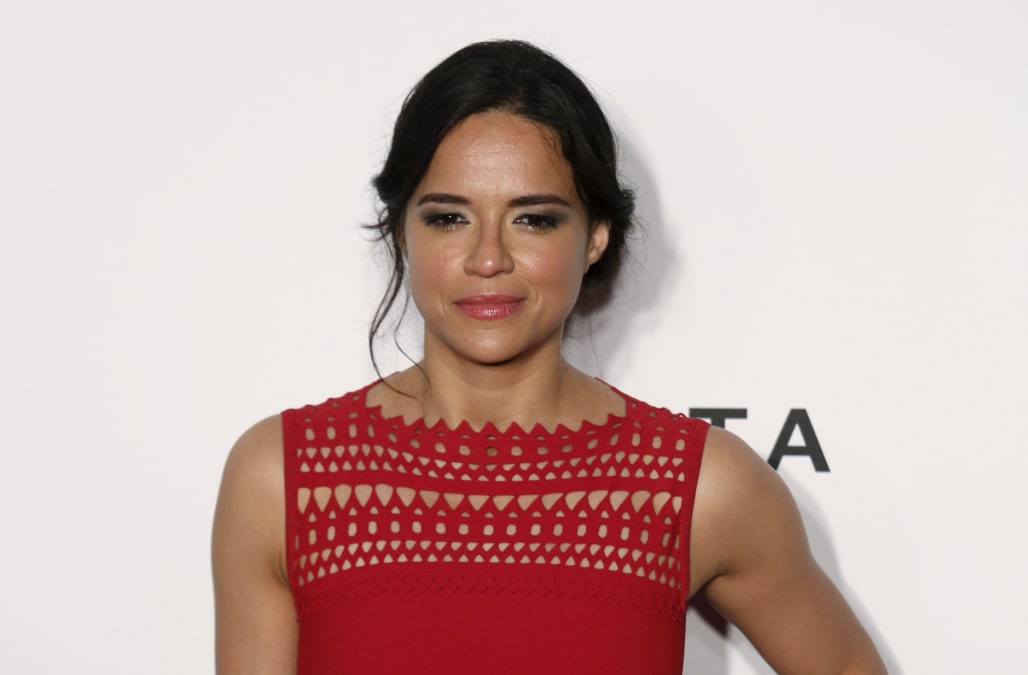 Michelle Rodriguez is, fittingly, furious with "The Fast and the Furious" franchise for not giving enough opportunities to women.

The actress threatened to leave behind her role as Letty Ortiz, the wife of Vin Diesel's Dominic Toretto, if the series continues to limit its female roles.

"F8 is out digitally today," she captioned her Instagram photo. "I hope they decide to show some love to the women of the franchise on the next one. Or I just might have to say goodbye to a loved franchise. It's been a good ride & I'm grateful for the opportunity the fans & studio have provided over the years."

8 PHOTOS
Michelle Rodriguez out and about
See Gallery

Rodriguez, who has portrayed Letty in five of the eight installments, has previously pointed out that she's had limited dialogue along with actress Jordana Brewster, who plays the sister of Dom, and other women who have joined the series.

And despite the films including roles for Helen Mirren, Charlize Theron, and Gal Gadot in her pre-"Wonder Woman" days, Rodriguez qualified to Entertainment Weekly that men still dominate the action series.

"On day one, I [changed] the character from being something that I could not do in front of millions of people into a character that I'm actually proud of, but at the end of the day, what message are we sending out there for women?" she said. "It does weigh heavy on my head — especially in the male-dominated environment that I work in."

Rodriguez, along with Diesel, is one of the only actors to appear in the first film of the franchise that still stars in the new movies.