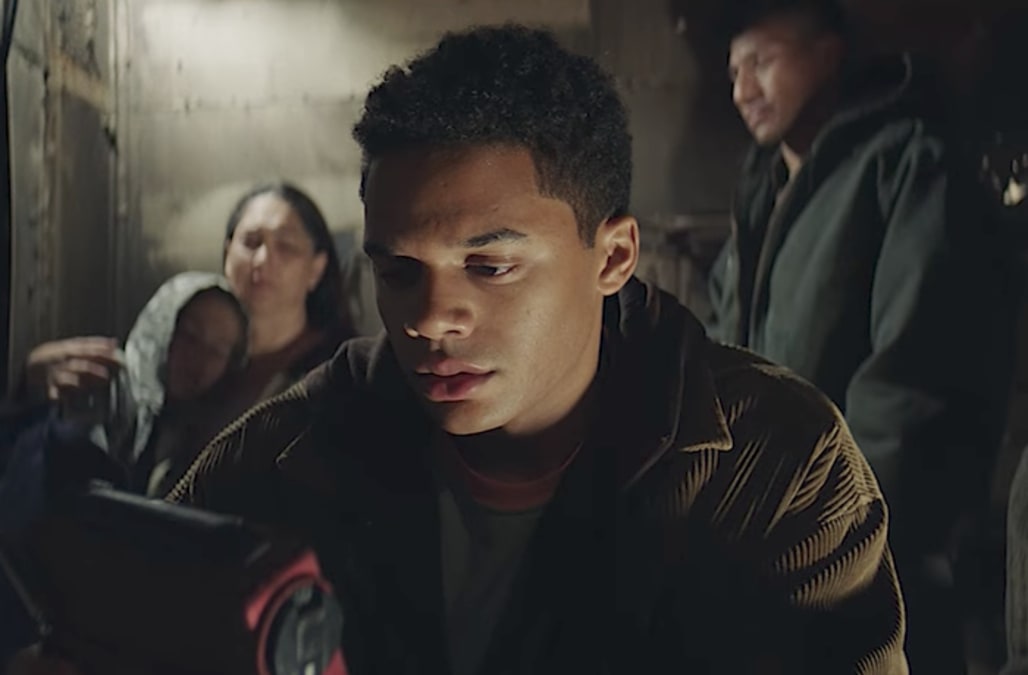 LOS ANGELES, June 28 (Reuters) - "Hamilton" creator Lin-Manuel Miranda on Wednesday released what he called a "musical counterweight" to the U.S. political debate on immigration, inspired by one of the best-known lines from his award-winning, racially diverse Broadway musical.

The video "Immigrants (We Get the Job Done)" portrays refugees and immigrants from around the world in camps, garment sweatshops, fruit-picking fields and crowded trains. It is accompanied by a new song, set to rap lyrics, about their struggles, setbacks and contributions to society.

The line "Immigrants, we get the job done" brings rousing applause on Broadway, where "Hamilton" has been playing to sold-out audiences for two years. The hip-hop infused musical uses a racially diverse cast that includes African-American and Latino actors to tell the story of how penniless immigrant Alexander Hamilton rose to become the right hand man of General George Washington.

Miranda, a Pulitzer Prize and Tony award winner of Puerto Rican descent, said the video was intended as a riposte to a crackdown on illegal immigrants by President Donald Trump's administration and his bid to ban travel to the United States by people from six predominantly Muslim states.

"This election cycle has brought xenophobia and vilification of immigrants back to the forefront of US politics. This is a musical counterweight," Miranda wrote in a commentary on the music community website Genius.com.

The video begins with scenes of immigrants huddled around a radio where a speaker is saying, "It's really astonishing that in a country founded by immigrants, immigrant has somehow become a bad word."

The rappers, including British "Rogue One" actor Riz Ahmed, sing verses in English and Spanish, with a chorus of "Look how far I come, Immigrants, we get the job done."

"Hamilton" won 11 Tony awards in 2016 and has productions already or about to open in San Francisco, Chicago, Los Angeles and London.

The Broadway cast caused a stir when it addressed newly elected U.S. Vice President Mike Pence from the stage when he attended a performance days after the November 2016 election, expressing alarm over the possible loss of protection of diversity rights.

Pence said he was not offended, but Trump called the cast "very rude" and deemed the show "highly overrated." (Reporting by Jill Serjeant; Editing by Richard Chang)

Mike Pence was booed by audience at 'Hamilton' performance
Tonight, VP-Elect Mike Pence attended #HamiltonBway. After the show, @BrandonVDixon delivered the following stateme… https://t.co/ZVumpj3BBD
Proud of @HamiltonMusical. Proud of @BrandonVDixon, for leading with love. And proud to remind you that ALL are welcome at the theater.
There was a full 3 minute standing ovation @HamiltonMusical when the King sang "On Your Own" directly at Mike Pence. This is catharsis.
Here's Pence getting booed as he gets to his seats at Hamilton https://t.co/IRQG68x1sB
Unreal scene here - Mike Pence walks in and there's a massive mix of cheers and boos. https://t.co/GVZ5L67mA3
I'm at #Hamilton and so is Mike Pence. Crowd booed him like crazy, and gave a standing O at the line "immigrants we get the job done" 1/2
2/2 Crowd went NUTS at King George's lines "when people say they hate you" & "do you know how hard it is to lead?" He had to stop the song.
Another theatergoer w/ Pence at "Hamilton" tells me there was "massive, extended applause at 'Immigrants, we get the job done'" line
During "You'll Be Back (Reprise)" they had to keep pausing the song while people jeered Pence on every line. https://t.co/ZSIG7qnfiM
Just heard from friend in NY that Mike Pence is seeing Hamilton tonight and was BOOED by the theatre when he walked in
Up Next