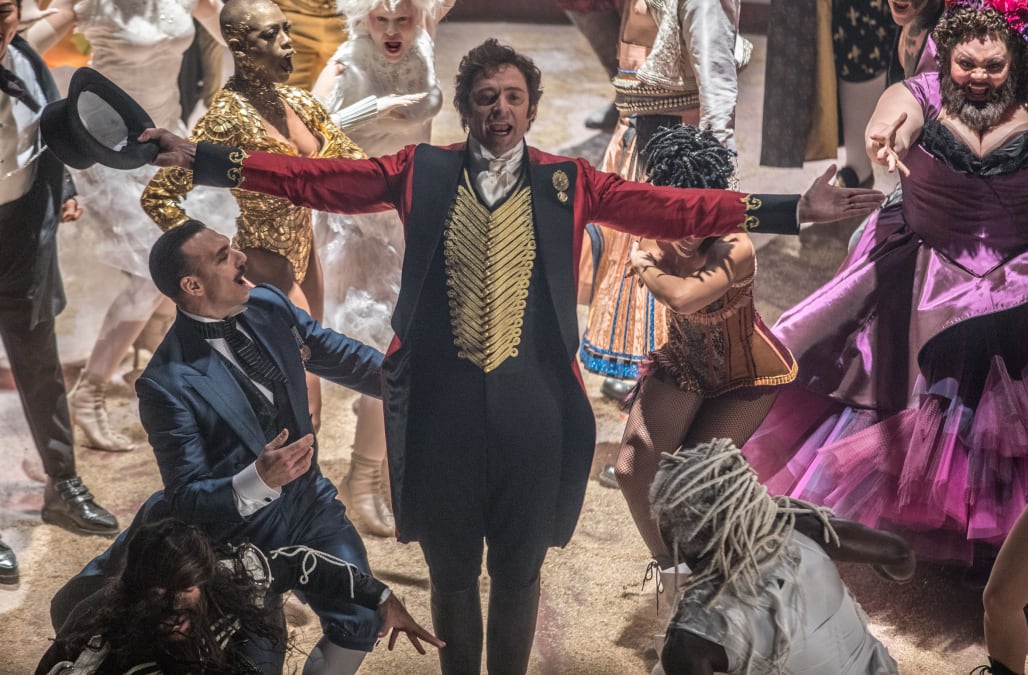 Hugh Jackman puts "together a show" of unique individuals in the first trailer for Fox's upcoming musical, The Greatest Showman.

In the film, Jackman plays P.T. Barnum, who goes from down-and-out and unemployed to inspired to create a circus spectacle.

He recruits performers played by Zac Efron, Zendaya and others to join his attraction, in which, Jackman's Barnum proclaims, "Every one of us is special. And nobody is like anybody else."

The original musical about the birth of show business, directed by Michael Gracey, also stars Michelle Williams and Rebecca Ferguson and is set to hit theaters this Christmas.

The Greatest Showman scenes
Up Next