Chris Cornell's widow suggests singer may have relapsed before death: 'I missed signs of addiction' 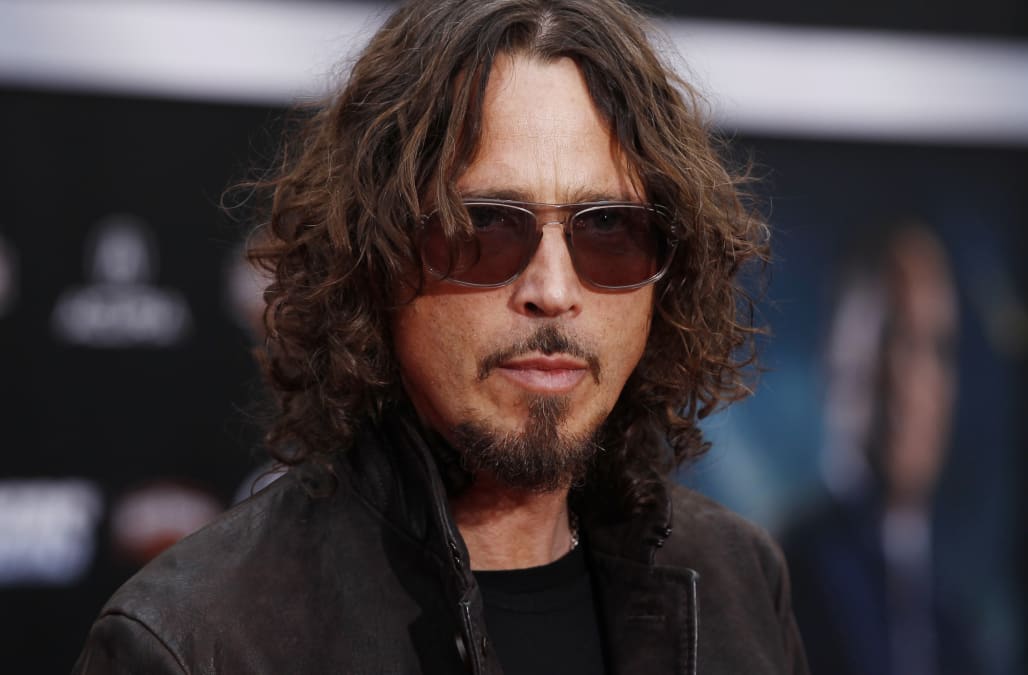 We will never truly know what happened in that Detroit hotel room last month where Soundgarden singer Chris Cornell was found dead of what authorities deemed a suicide. But on Wednesday (June 28) Cornell's widow, Vicky Cornell, peeled back the curtain on what sounds like her husband's troubled state of mind before his death.

Vicky Cornell still takes issue with the coroner's determination that the 52-year-old rock icon killed himself on May 18 by hanging himself in his hotel bathroom, telling People magazine that she fears she missed some obvious signs that Cornell had possibly slipped back into addiction, or at least made a poor choice in mixing medications before his death.

"My Chris was happy, loving, caring and warm," she told the magazine. "This was not a depressed man -- it wasn't like I missed that. What I missed were the signs of addiction." Cornell had been open about his life-long struggle with substance abuse that began in his early teens, but hadn't relapsed since 2009, according to Vicky. A toxicology report obtained by TMZ read that Cornell had Naloxone, the sedative Butalbital, Ativan, the decongestant Pseudoephedrine and barbiturates in his system at his time of death.

Vicky Cornell says she still has not gotten an explanation from the medical examiner's office about why they ruled Chris' death a suicide just hours after his death, well before full autopsy or toxicology results were released, and before considering the possibility that drugs in his system may have altered his state of mind.

"He didn't want to die," she told People. "If he was of sound mind, I know he wouldn't have done this." Vicky points to a possible drug relapse, or at least a deadly, accidental combination of several drugs as potentially altering Cornell's state of mind a short time after Soundgarden played a show in Detroit that night. Addiction psychiatrist Dr. Benjamin Nordstrom told the magazine that it's "hard to overstate how unpredictable the effects of mixing various mind-altering substances can be. Some of these combinations, especially those that involve sedative drugs, can lead to levels of impairment that are far out of proportion to what would have happened if the drugs were taken separately."

Vicky said her husband was normally a very "humble, sweet, kind and good, with the patience of saint." In previous interviews, though, she's said he seemed a bit short, confused and irritated during their final phone conversation on the night of his death. Though she believes Chris had been sober since 2009, she wonders if maybe she missed some signs that he'd fallen off the wagon. "I relaxed, I guess," she said.

Even after Cornell received a prescription for the anti-anxiety drug Ativan last year -- also used as a sleep aid in some cases -- Vicky said he still seemed tired. "That was a sign something was off," she said. "Addiction is a disease. That disease can take over you and has full power."

More from Billboard:
U2 Pays Tribute to Leonard Cohen in Toronto: 'We Could All Be So Lucky to Live a Life Like That'
If Any Band Has Figured Out Rock's Future in the Mainstream, It's Imagine Dragons
Jack Garratt Shines, U2 Rocks & Adam Clayton Collects Stevie Ray Vaughn Award at Musicares Gala