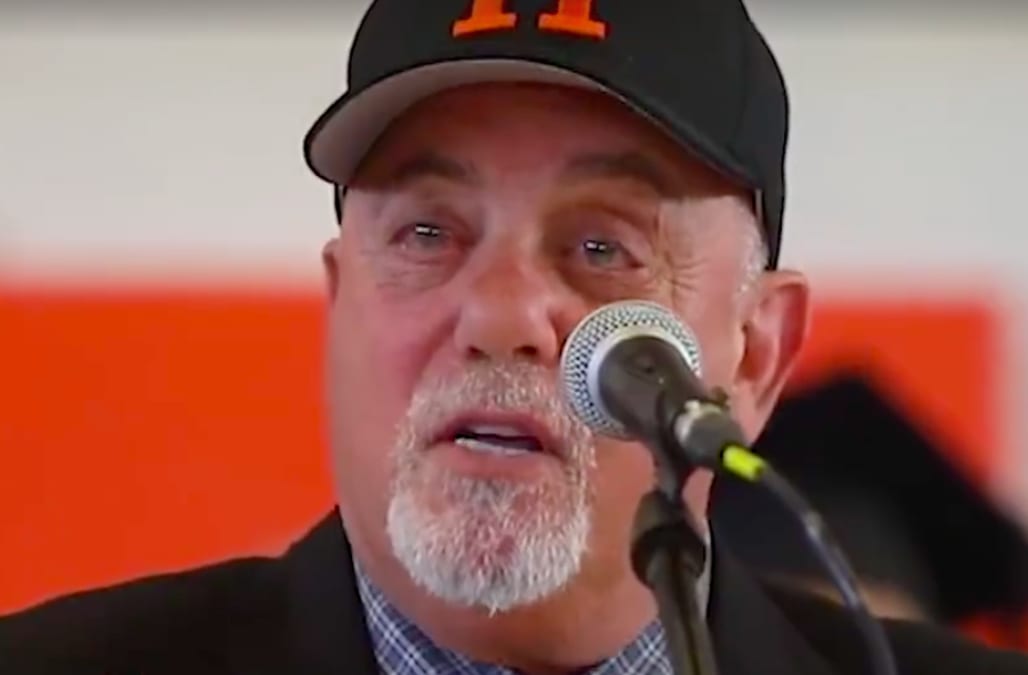 Fifty years ago, Billy Joel was supposed to graduate from Hicksville High School in his Long Island hometown of Hicksville, NY. But after a late-night performance at a piano bar, he overslept and missed a crucial English exam, leaving him one credit short of graduating.

Twenty-five years and one successful career in music later, he submitted some of his work to the school board to meet the missing academic requirements and was finally awarded his diploma, walking at the commencement ceremony with Hicksville High's graduating class of '92.

And today, another 25 years later, Joel once again returned to his alma mater to deliver the commencement speech, advising the 400 graduating seniors to hold onto their 18-year-old idealism to guide them later in life. "And pick a job that you like, because if you pick a job that you hate, your life's gonna suck," he joked.

Watch his address below.

This article originally appeared in Stereogum.