Thomas Jack created his own genre, but doesn't want to be defined by it -- here's what's next for the emerging DJ 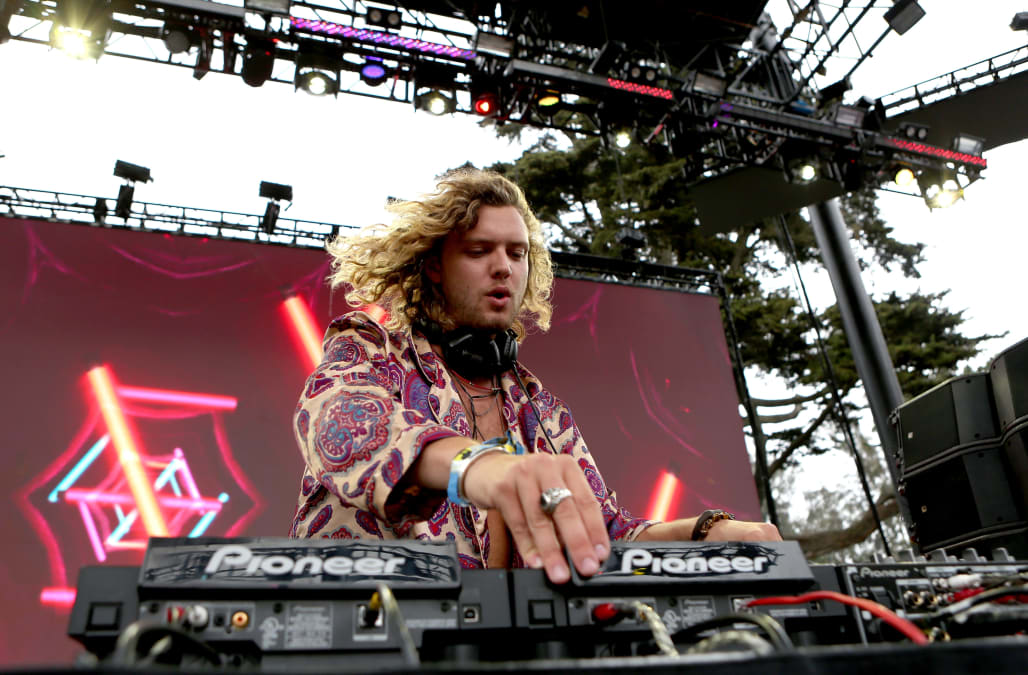 Before musicians earn the label of "headlining artist," they usually have to either ply their trade in the industry for about a decade or release a couple successful albums that achieve radio success.

But most artists don't pioneer entire subgenres -- that's what Thomas Jack did in the early-to-mid 2010s with tropical house. Back then, he was just entering his twenties and trying to make a living. Now, he's a 24-year-old who's leaving behind the sound he helped develop that's since taken over mainstream electronic music and is now dominated by Kygo, Sam Feldt and others.

"When something becomes a 'thing,' I kind of get over it," Jack told AOL shortly before taking the stage as a headliner at Splash House in Palm Springs, California. "There's so much more out there, so much more creativity. Why stop at that one thing? The whole point of life is to continue to evolve."

Jack has certainly done that, in more ways than one. The mellow rising star, who grew up on a dairy farm in Australia listening to Enya records from his grandmother, heavily featured the sounds of flutes, trumpets and saxophones in his tropical house phase. Now, he loves to treat crowds to different forms of house defined by emotive bass lines, cyclic claps and up-tempo hi-hat loops.

He didn't even play "Rivers" -- his most popular single that's been played 60 million times on Spotify since becoming a sunny summer smash hit in 2015 -- at Splash House, which is hosted specifically around hotel pools, making it the ideal setting for such a song.

Jack was happy with the two-hour slot he was granted at Splash House, where he was the only artist who played for more than 60 minutes. It even beat the time allotment for the festival's two other headliners, Bonobo and Hot Chip, who have a combined total of 12 albums to Jack's none.

But even though Jack says he's been working on his forthcoming debut LP for about three years, his success is probably never going to be defined by how many albums he releases or how many of his singles top the charts.

"I've never had an interest in radio. It doesn't do anything for me, it's never inspired me," Jack said. "All my music that I put out is designed for shows. That's all I focus on."

The proof is in the pudding. Musicians often face backlash from their grassroots fans for straying too far from the formula that made them famous, but Jack still routinely sells out huge venues behind his newfound darker approach as he tries to perfect his post-tropical sound.

"I wasn't so forced to put out music the past two years. I was lucky that I could tour so much and do my thing," Jack said. "But now I want people to hear more of my music again. I want to show them my whole new style."

Thomas Jack will fulfill a residency at Hï Ibiza in Ibiza, Spain, for 11 weeks every Monday from July 3 to September 18.