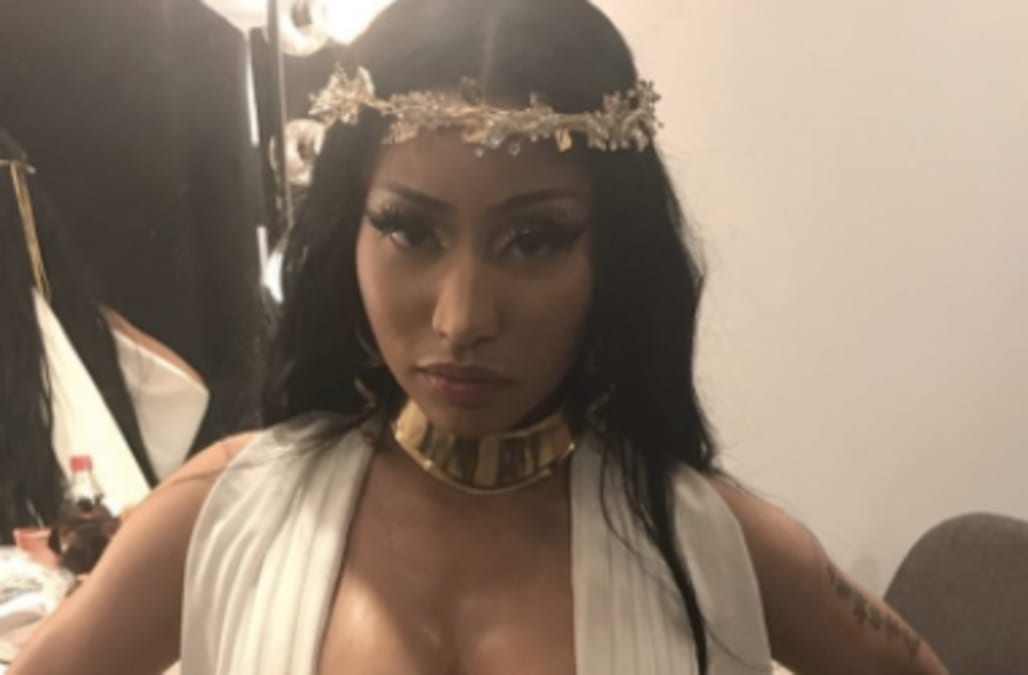 Reese Witherspoon hung out with her "Big Little Liars" and "Wild" gal pal Laura Dern, while Nicki Minaj and boyfriend Nas spent time with their friend, Drake. The Kardashian/Jenner crew celebrated multiple big birthdays, with a Moana-themed bash for Penelope Disick and North West and a surprise party for Khloe Kardashian.

Elsewhere, Miley Cyrus resumed "The Voice" filming, Britney Spears got in her workouts while touring in Asia and Jennifer Hudson hung out with Boy George.

More of our favorite celebrity Instagrams of the week came from Kevin Hart, Carrie Underwood, Katy Perry and Serena Williams.

Check out our favorite celebrity Instagrams of the week:

Social Scene: Week of June 26
Me and my grandparents at Church. Had to go every Sunday. #Catholic #JustGotYelledAtForTalking #MadAF
Attention‼️ I love God. According to Universal Records, this year alone, my album catalogue sold 325K worldwide and #ThePinkprint is now at 4 Million worldwide‼️ Since January, I've received 11 billboard entries, and yesterday with that ASCAP award, I became the most awarded female rapper in history‼️To top it all off, this year I received the title for most Hot 100 entries by any woman in the HISTORY of MUSIC. A title previously held by Aretha Franklin for 40 years.👑 They don't want you to post your achievements & accomplishments. It makes them uncomfortable. But you must! B/c everyday, ppl broadcast your failures. They shout them to the mountain tops. So never EVER stop posting your accomplishments. I love my fans so much. Thank you. 🙏🏽 #NBAAwards Monday. Can't wait for you guys to see my performance❣️
Wild women unite!!! ❤️
My stunning date for the evening @rosgo21
Sisters waiting to surprise Khloe...
Had to wear white for Simons birthday dinner!! 🍾🍾 I wish I knew who made my dress but there's no tag on it ☹️ @missjilljacobs would know. My heels are @tamaramellon ❤️
thank you 🌙
✨bright eyed✨ costume by @jwujek & @zanabayne shoes by @katyperrycollections
@boygeorgeofficial I will follow u anywhere you're everything ! Such an honor to work with u and meet u!!!! #thevoiceaustralia
My mama is sooooo cute! backstage @nbcthevoice !!!!! Love hangin w my fam @adamlevine @blakeshelton and my new new BFF @iamjhud !!!! ❤️❤️❤️❤️
Behind the scenes @Revlon photoshoot #MetallicMatte. ⚡✨⚡ Smells like cupcakes #ad
Gotta get those workouts in, even on the road 😉 Can’t wait for tomorrow’s sold out show in Hong Kong!!
double fisting @ kids birthday party 🥂
👀
rest of 2017
Hopping into Monday like... #rememberitoldyouvideo
Lean-Sagna 🇮🇹
Sorry, buddy, I've already found my Prince Charming...
#SundayFunday essentials with @draperjames! 🌸🌿🥖🧀#Picnic
friday night
Up Next