Susan Boyle targeted by local teens who throw rocks and flaming pieces of paper at her: Reports 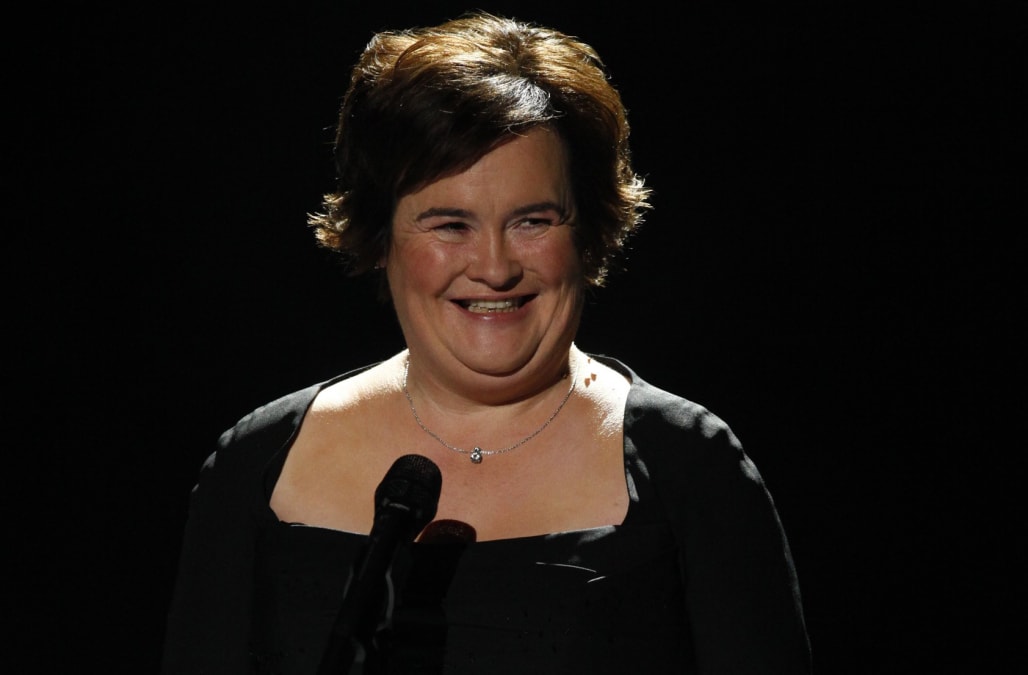 Scottish singing sensation Susan Boyle says she has been at the mercy of a gang of neighborhood kids who regularly hurl rocks, insults and blazing pieces of paper at the Britain's Got Talent star.

The songstress, who rocketed to fame after an appearance on the singing competition in 2009, has repeatedly been harassed by the group, who witnesses say have been tormenting Boyle at her home.

Her assailants are reportedly 10-15 local teenagers.

"Susan was walking out and they were all standing at the entrance and they said to her, 'Why don't you get yourself a pair of glasses you ugly, old b****!'" a witness told The Daily Telegraph. "It's horrendous."

In another incident, some boys set pieces of paper on fire and "threw it at her face," the Mirror reported.

A rep for Boyle said that they were planning to call police.

Read: Susan Boyle Gets Stage Fright on Dancing With the Stars

Boyle, who has Asperger's Syndrome, left Britain's Got Talent judges Simon Cowell, Amanda Holden and Piers Morgan awestruck as she sang "I Dreamed a Dream" from Les Miserables during her appearance on the third season of the show.

She wound up finishing in second place.

RELATED: Where are the contestants from Season 4 of "American Idol" now?

Pretty crazy transformation! The rocker continues to make music and recently had a string of shows in Hawaii.

After long-fought battles with drug and alcohol abuse, Jessica was eventually sentenced to a year in rehab. She now has a child of her own and speaks to kids about the dangers of substance abuse.

She has a standing gig every night singing at Las Vegas' Cosmopolitan Hotel. She also created a web series based on her life, which premiered in 2017.

The dreads are gone! He's a music educator and creative arts advocate.

He's snagged a number of leading Broadway roles, including the title role in "Jekyll and Hyde."

How's that for a makeover? He still makes music and is a proud father.

So gorgeous! She continues to pursue her career in music.

The singer-songwriter was at this year's Oscars, proving that you don't need to win "American Idol" to end up on the red carpet.

He's mostly kept a low profile since the show.