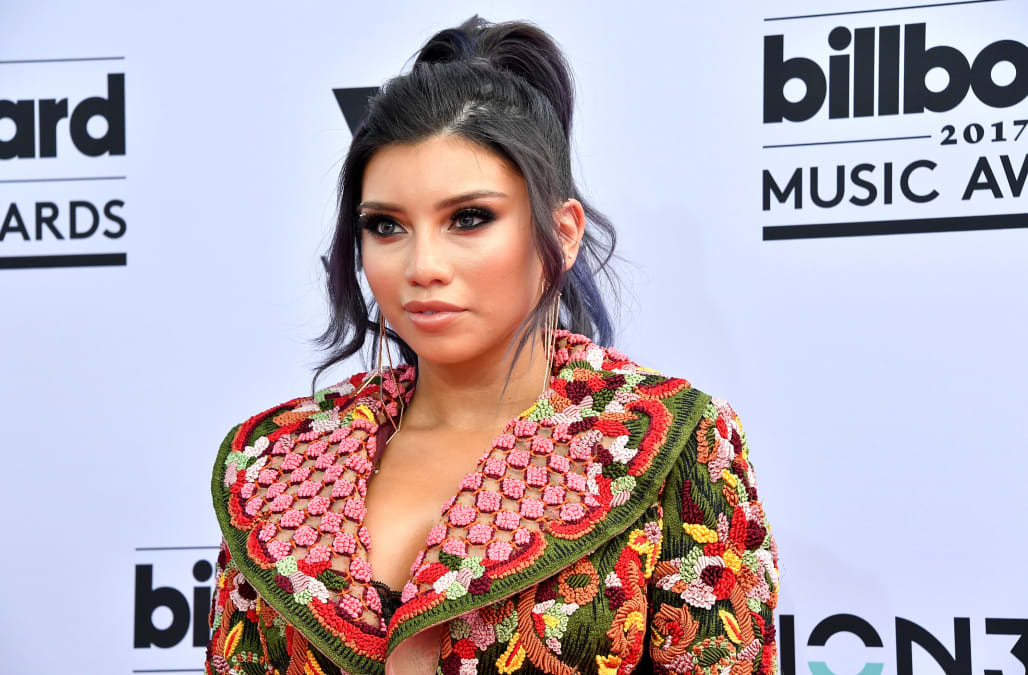 It's Kirstin Maldonado's time to shine!

Maldonado, who rose to fame as one of the five members of the hit a cappella group Pentatonix, just marked a new chapter of her life with the release of her first single as a solo artist, "Break A Little." She also just recently released another hit off her new EP, "All Night."

Her debut EP, "L O V E," debuts in just a couple of weeks, and she got candid in an exclusive interview with AOL.com about her decision to embark on a solo career ahead of its July 14 release.

Kirstin and her friends got their start in 2011 when they auditioned for NBC's "The Sing-Off. Pentatonix was born.

Since then, the group has won three GRAMMY Awards, received a Daytime Emmy nomination, had seven albums reach top 10 on the Billboard 200 chart and even sold out shows all over the world!

Maldonado was only 19 when she began her professional singing career, and the brunette beauty admitted that she spent her early 20s trying to figure out what exactly she wanted to do with her life.

"I loved the comradery of Pentatonix, but I never stopped to think about what I personally had to offer. As as I've gotten more confident in myself [as an artist], I just felt like it was time."

However, she also revealed that she couldn't do it on her own: "The people who I started working with, my team right now, just made the process really incredible."

While Kirstin's journey as a solo artist hasn't been perfect, she wholeheartedly feels as if everything is happening the way it should be, revealing that she wouldn't have been ready if she made the decision sooner.

"I think if I started a bit too early I would've held myself back personally."

And while fans are used to Pentatonix's electronic and pop sound in all their covers, Kirstin says we can expect an edgier vibe from her.

"The overall vibe and concept are a little edgier and darker than Pentatonix would be."

Despite the worldwide fame she's achieved since skyrocketing to fame in 2011, Kristin is still all about keeping it real with her fans. While we have no reservations about her success as a solo artist, she did reveal a major fear she has:

"I'm fortunate that Pentatonix has done so well, now I almost feel like I need to do well because it would be embarrassing if I don't."