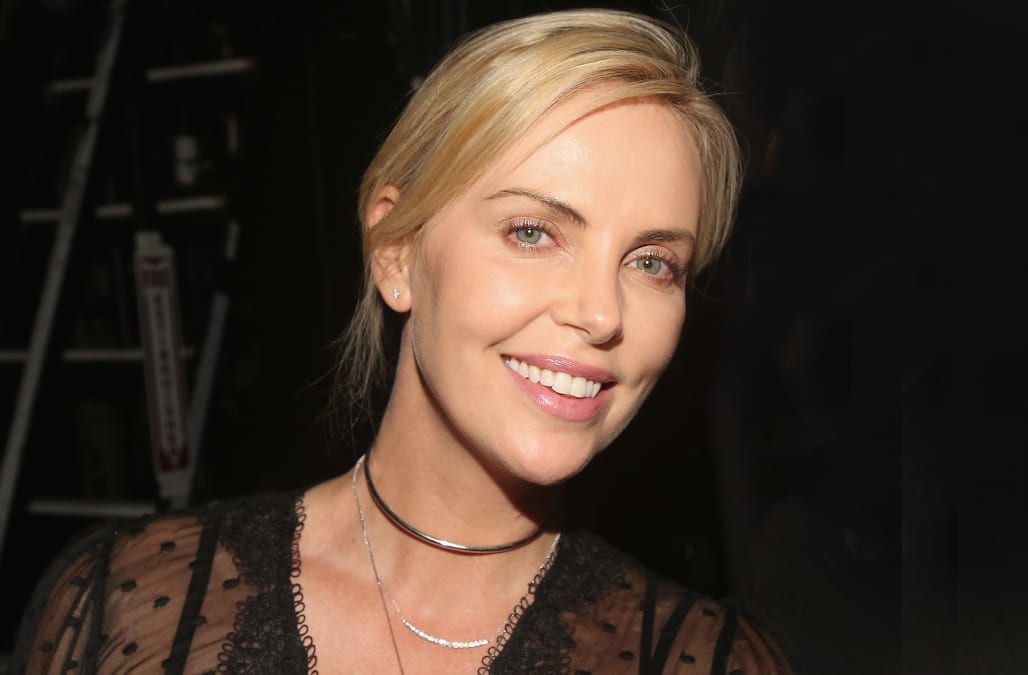 Charlize Theron's fight scene with Teri Hatcher in 2 Days in the Valley was probably more realistic than her co-star would have liked.

The 41-year-old actress covers the latest issue of W magazine and recalls the memorable action scene in the 1996 movie when she accidentally punched Hatcher in the face. "Rotten Tomatoes gave it number 17 on the list of 20 Greatest Fight Scenes Ever," Theron notes. "The fight was between me and Teri Hatcher. I hit her really bad."

WATCH: Vin Diesel Explodes at Charlize Theron's Comments That He Kisses Like 'a Dead Fish'

While she claims she didn't knock out Hatcher's teeth, Theron does think her co-star "was bruised" by the hit. "And because it was Teri Hatcher, who was a star, and I was this bleached-blonde-Amazonian, catsuit-wearing nobody who was punching her in the face, I was like a wild animal," she adds. "Back then I didn't know how to hone in my energy and I was knocking over lights. I had no concept of a set. I connected right with Teri Hatcher's face."

The Oscar winner did try to make amends with her co-star. "I felt terrible about it," she remembers. "I had no money and sent her some cheap beer the next day. Sorry, Teri."

WATCH: Charlize Theron on Her Steamy Atomic Blonde Sex Scene With Sofia Boutella -- 'Being Naked Is Nothing'

Theron notes that before starring in Atomic Blonde, her only serious fight scene was during 2 Days in the Valley. "It's like dance, and I grew up taking ballet. I love discipline. I function really well within the parameters of discipline and knowing what to do," she says of the fight sequences in her upcoming action film. "But other than Teri Hatcher, I had only connected my fist with a girl's face once in my entire life, so I had to do a lot of training for this film."

Charlize Theron in W Magazine
😘🙏@wmag
“I didn’t just want to play a girly spy who depends on her flirty ways." @CharlizeAfrica is a mix of icy beauty, alluring mystery, in-your-face sexuality, and fierce fighting skills in her new action thriller #AtomicBlonde (click the link in our bio to read more). #CharlizeTheron photographed by @AlasdairMcLellan, styled by @Edward_Enninful.
"It is cathartic to play a character who is evil. It’s a free pass for your soul." Cover star @CharlizeAfrica opens up about having an interest in why people do horrible things (click the link in our bio to read more). Photo by @AlasdairMcLellan, styled by @Edward_Enninful.
"I didn't knock any teeth out, but I think she was a little bruised." @CharlizeAfrica still feels bad about the time she punched Teri Hatcher in the face.
Up Next

In addition to Atomic Blonde, which hits theaters on July 28, Theron also had a fierce role this year in The Fate of the Furiousas the villain Cipher, and impressed her co-star, Michelle Rodriguez. "We're gonna go hard on this one," Rodriguez told ET when talking about the sequel. "Charlize Theron is, I think, the most powerful villain this franchise has ever seen."