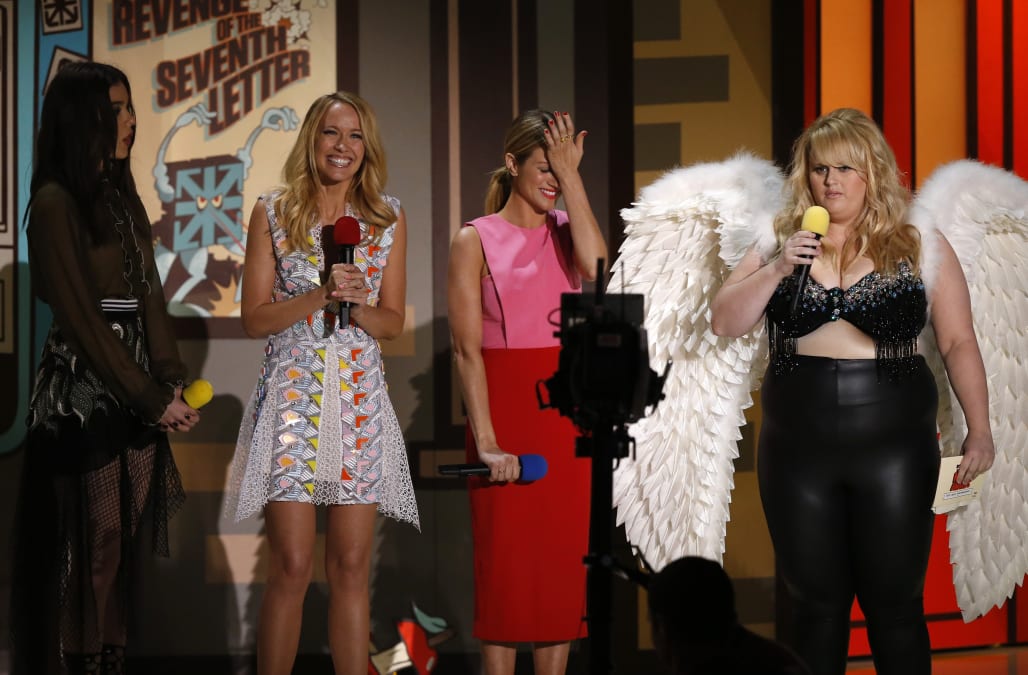 The first trailer of Pitch Perfect 3 has arrived, bringing together Anna Kendrick, Rebel Wilson, Brittany Snow, Anna Camp, Elizabeth Banks and Hailee Steinfeld for the "farewell tour" of the a capella trilogy.

The third film finds the Barden Bellas have gone their separate ways after graduation and are struggling with their careers. After the women reunite at a bar, they decide to enter a USO competition in Europe where they're up against more than just a capella groups -- but as Kendrick notes in the film, "bands that actually have instruments," including a rock group fronted by Ruby Rose.

John Lithgow, DJ Khaled and Trinidad James will also make an appearance in the film directed by Trish Sie.

This article was originally published on The Hollywood Reporter.