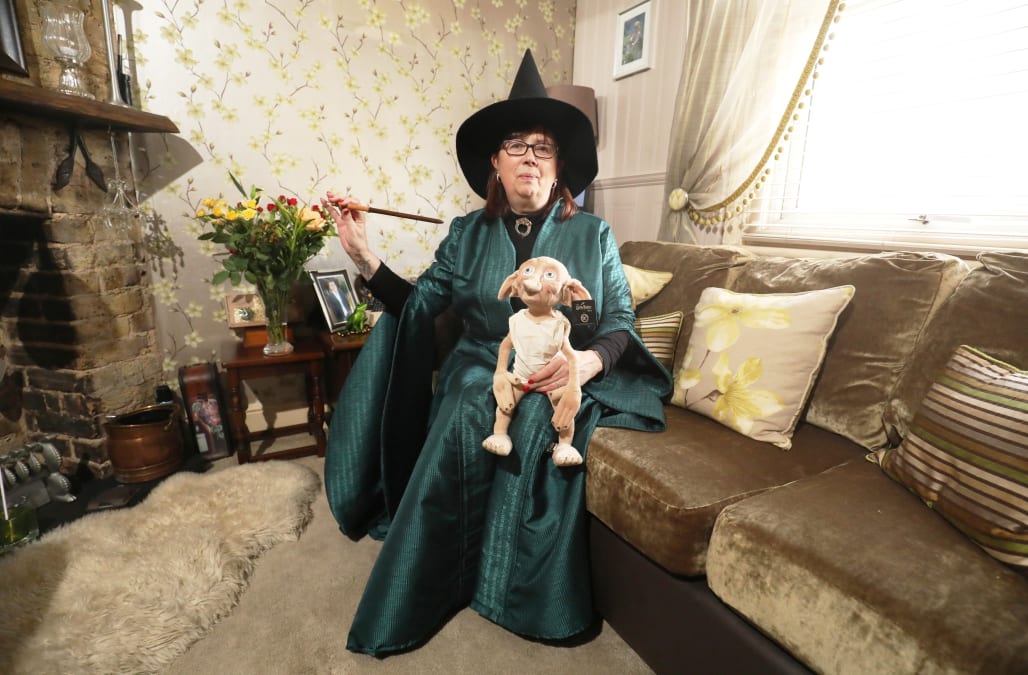 Dressed in a long black gown and holding a wand, George Massingham is keen for everyone to know he is a Harry Potter super fan.

If he isn't doing Professor Severus Snape, the mysterious potions master at Hogwarts School, the 27-year-old likes to dress in some other costume relating to J.K. Rowling's fantastical world of witches and wizards.

Massingham said of his colleagues: "They don't react as much now as they used to. They just sort of go 'oh, you're wearing that again'."

Check out the images below:

Monday marks 20 years since the release of "Harry Potter and the Philosopher's Stone," the first of seven Potter books in a series that sold 450 million copies in 79 languages and sparked a $7 billion movie franchise.

Massingham is not the only super fan. Tracey Nicol-Lewis, 43, and her 15-year-old son Brenden like to dress up in Hogwarts uniform for trips to the supermarket in Cardiff, Wales.

Nicol-Lewis' obsession with Rowling's world of wizards started when her husband gave her one of the books, "Goblet of Fire," shortly before he died.

"We kind of clung to that," she said.

She has a wizard-themed toilet, and her mother's ashes sit in a glass jar replica of Wolfsbane Potion – a magical substance from the Potter series that stops werewolves being dangerous.

"People are going to look at it and think I'm a complete freak," said Maclean, who named her children Harry and Daniel after British actor Daniel Radcliffe, who plays the wizard in the movie franchise.

For 29-year-old Luke Williams, the link to Radcliffe is even stronger. His dark hair, thin nose, brown eyes and even his voice bear a striking resemblance to Radcliffe, who first starred as Harry in the 2001 film version of "The Philosopher's Stone."

Plans to do a graphic design course were scrapped as Williams embarked on a 15-year career as a Potter impersonator. It has taken him around the world to parties, book launches and shows. But he longs for a different kind of attention.

"The girls still squeal when Harry Potter walks down the road ... but I'd rather be a Brad Pitt lookalike," Williams said.