Whitney Port says she's not having sex while pregnant: 'It's so not for me!' 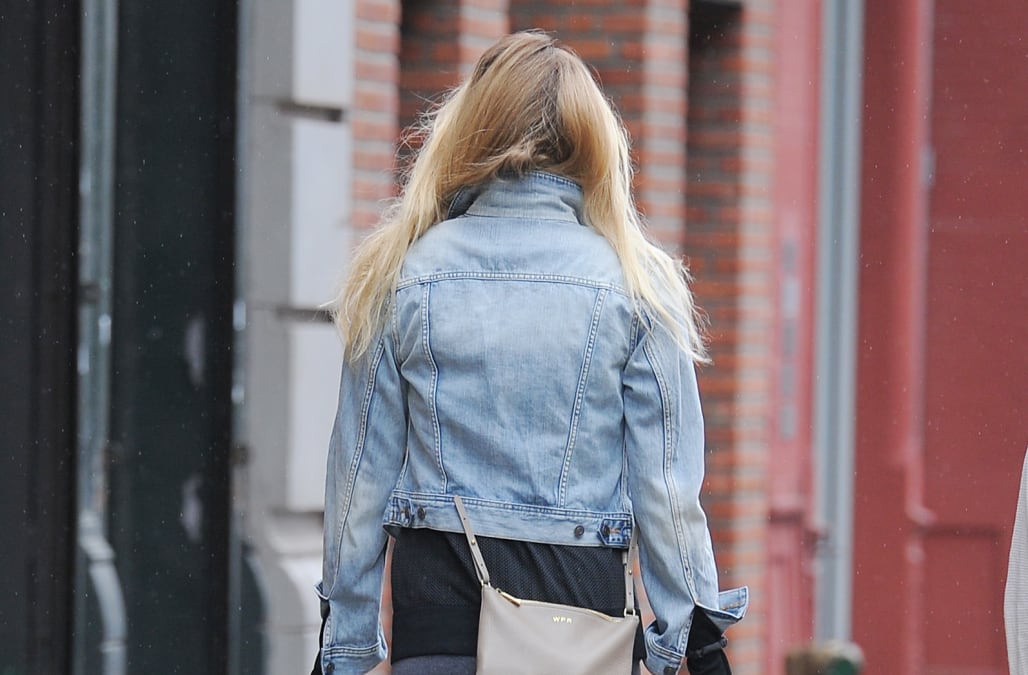 Whitney Port admits that her sex life isn't what it used to be now that she's very pregnant.

The former star of The Hills got candid with The Insider's Keltie Knight, actress Becca Tobin and stylist Jac Vanek on The Ladygang podcast about how her growing baby bump has affected her time with husband Tim Rosenman in the bedroom. "It is so not for me! It's not," Port exclaimed when asked by Knight what it's like to have sex while pregnant. "I feel so uncomfortable with my body that I can't get into the mood. Like, I can't feel sexy."

The 32-year-old reality star confided that she and her husband do "other things," but "once the belly really started happening," she really wasn't into lovemaking.

When asked if Rosenman likes how her body is changing, Port admitted, "No, because I don't."

"I think if I was one of those pregnant women that loved it and was confident, then he'd be into it," she explained. "I think I've turned him off of it because I'm like, 'Don't look!' I'll even not say anything and he'll see me getting undressed and be like, 'I'm not looking, I'm not looking!'"

In addition to Port being pregnant, Hills alums Heidi Montag and Lauren Conrad are also expecting, while Kristin Cavallari and Audrina Patridge already have kids. "I don't really care," Port said of the so-called Hills baby boom. "I mean, I'm like so happy for them, but I don't really keep in touch with them."

The MTV star did confess that she was "surprised it took so long" for Montag and her husband, Spencer Pratt, to have a child, because "they've been together for so long."

While fans of The Hills may have seen Pratt in the role of a villain of sorts on the show, Port insisted that he has a softer, smarter side that she got to see when the two went to Crossroads High School together. "I always got such a kick out of Spencer. He's so funny and actually really, really smart," she noted. "I was really bummed [about] how he played out the whole thing, because I didn't ever really see that side to him. Spencer and I have always gotten along. We just have a history that people don't even really know about."

In an exclusive interview with ET, Montag and Pratt admitted that they're still not ready for the birth of their first child.. "Definitely in way over my head here," Pratt quipped. "I'm glad Heidi's pretending that she's not!"

MORE: Whitney Port Gets Brutally Honest About Her Pregnancy -- 'Not Very Fun'

"We've been moving so much, and I haven't had the chance to even do the nursery," Heidi, who's about six months along, added. "I have no idea what I need, and the baby registry and the baby shower... so, I definitely need the next few months to prepare."

Blac Chyna and Rob Kardashian welcomed a baby girl, Dream, this past November.

Behati Prinsloo and Adam Levine welcomed their first child back in September. And just like other celeb parents, they chose an especially unique name -- Dusty Rose Levine.

Megan Fox gave birth to baby No. 3, Journey River, back in August with her husband Brian Austin Green.

Actress Jurnee Smollett-Bell welcomed her bundle of joy, Hunter Zion, into the world in November.

"The Newsroom" actress Alison Pill revealed she had "so much to be thankful for" after giving birth to Wilder Grace Leonard in November.

Angela Simmons is a new momma to this adorable tyke, who she named Sutton. He was born back in October.

Kerry Washington gave birth to baby No. 2 back in October, but she has yet to share a photo with her bundle of joy. Here she is at the Met Gala back in May showing off her baby bump.

Actress Blake Lively is certainly the most glamorous pregnant women we've ever seen! The "Gossip Girl" star recently gave birth to her second daughter, she and husband Ryan Reynolds have yet to disclose the name.

Tatyana Ali welcomed son Edward Aszard back in September. By the looks of this photo, the "Fresh Prince" actress is totally lovin' motherhood!

It was love at first sight for "Mean Girls" star Lacey Chabert and her sweet baby girl Julia Mimi Bella.

Mila Kunis and Ashton Kutcher welcomed baby No. 2 -- a boy -- in early December. The couple has remained tight-lipped about their bundle of joy's name.

Eva Mendes and Ryan Gosling kept news of baby No. 2 under wraps for nearly the entire pregnancy. Three weeks after the news broke, the actress gave birth to a beautiful baby girl, Amada Lee.

Anne Hathaway has grown up right before our eyes. The "Princess Diaries" star welcomed a baby boy with husband Adam Shulman in March. They named their cute tyke Jonathan Rosebanks.

Morning stroll ☕️
Shepherd's pie at The Ivy in London! Teamed up with @Chase and loving 3X points on dining around the world with my #SapphireReserve.‎.. and 3x the points means more culinary adventures around the world!
Thank you @archetype_photo for the beautiful pictures once again!!! Y'all are the best!

It seems like fatherhood suits "One Direction" member Louis Tomlison. The 24-year-old singer is seen here with his cute son, Freddie Reign.

In a rare "Bachelor" success story, Catherine and Sean Lowe not only found love with each other, but with an adorable tyke named Samuel Thomas!