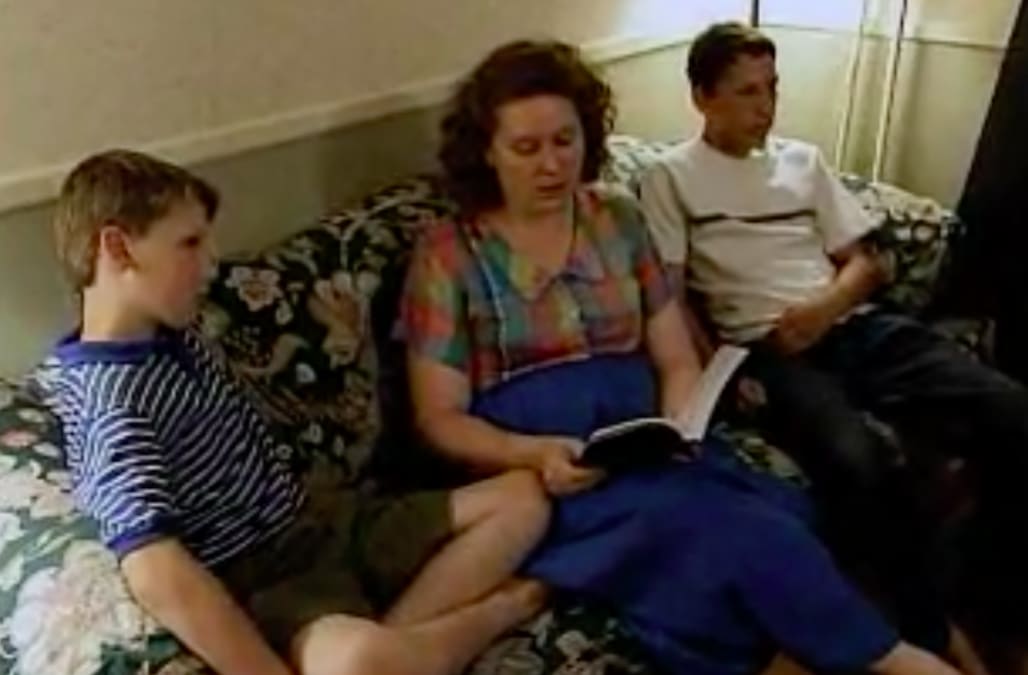 A 25-year-old Ohio man whose ultra-conservative family was once featured on ABC's "Wife Swap" allegedly shot his mother and brother dead before attempting to kill himself.

Police say Jacob Stockdale fired a 20-gauge shotgun twice at his mother, 54-year-old Kathryn Stockdale. He then shot his younger brother, 21-year-old James Stockdale, in the head. Jacob himself is in critical condition as he shot himself in the head after killing his mom and brother. 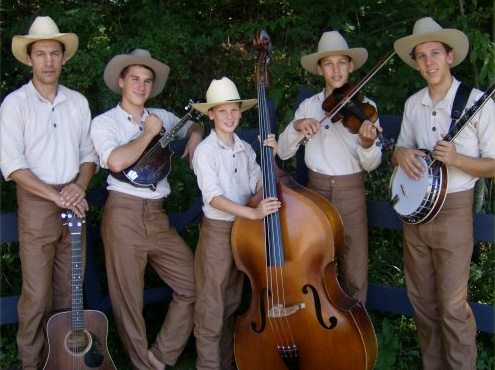 Above: The Stockdale sons and their father were members of a family bluegrass band. James is third from left; Jacob is fourth. (Credit: Bluegrass Today)

The Stockdale family, which also includes two other brothers and dad Timothy Stockdale, was featured on an 2008 episode of "Wife Swap." A clip from the episode describes a hyper-strict household in which Kathryn and Timothy's sons were not allowed to watch TV, play video games or date.

"I think that dating has physical dangers, like pregnancy," Kathryn explains in the clip. "It's not worth it."

Two of her then-teenage sons acknowledge the strict rule: "I've never been allowed to date. There's better ways to find out about girls than dating," one said, while the other admitted, "I have not kissed a girl in a romantic way."

The parents homeschooled their children. "It's important we have control over their character and education," Kathryn tells the camera.

In their episode of "Wife Swap," Kathryn switched places with a mom from another family. That mom was Laurie Scheidegger, who told Inside Edition she found the Stockdales' home environment alarming.

"I knew something would break -- I just didn't know what it was," she said. "When my son called to tell me what had happened, he didn't know who the shooter was. I knew immediately."

Law enforcement officials told TMZ that after officers arrived on scene, Jacob tried to communicate with them, but was unable to do so due to his own wound.

Jacob and James were remaining members of a family bluegrass band led by their father. Their older brothers reportedly left the band when they moved away from the area. Kathryn posted a YouTube video of the brothers performing together in March 2017, just after James' 21st birthday.