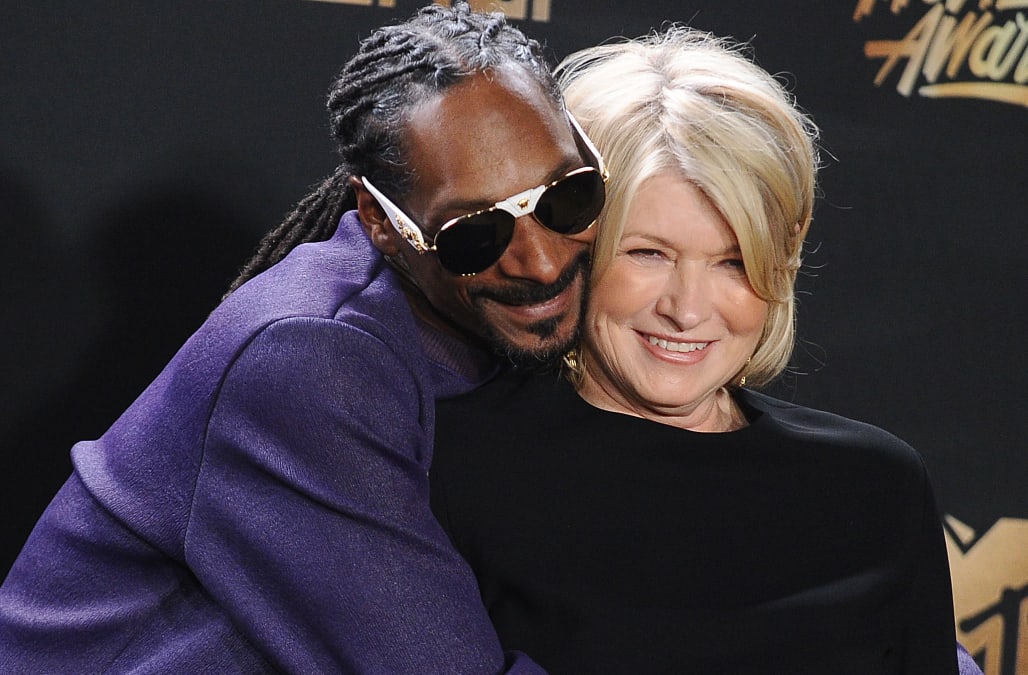 Martha Stewart has plenty of business ventures under her belt, but Snoop Dogg wants her to add one more: Weed.

"He'd been waiting for Proposition 6 to pass in California -- and it passed, and he's a very rich man as a result," Martha said with a laugh at the launch of her new Martha Stewarts Crafts collection, available exclusively at Michaels. "He said I should've bought the stock up in Canada. But I'm not investing in marijuana yet."

Although she's not interested in that green stuff, she is passionate about another: Green Eucalyptus, her favorite color in her new Home Décor paint line.

"It can be used on any surface, interior or exterior. Great for summer projects," she said. "I find color inspiration in a number of different places -- on my travels, in my gardens." 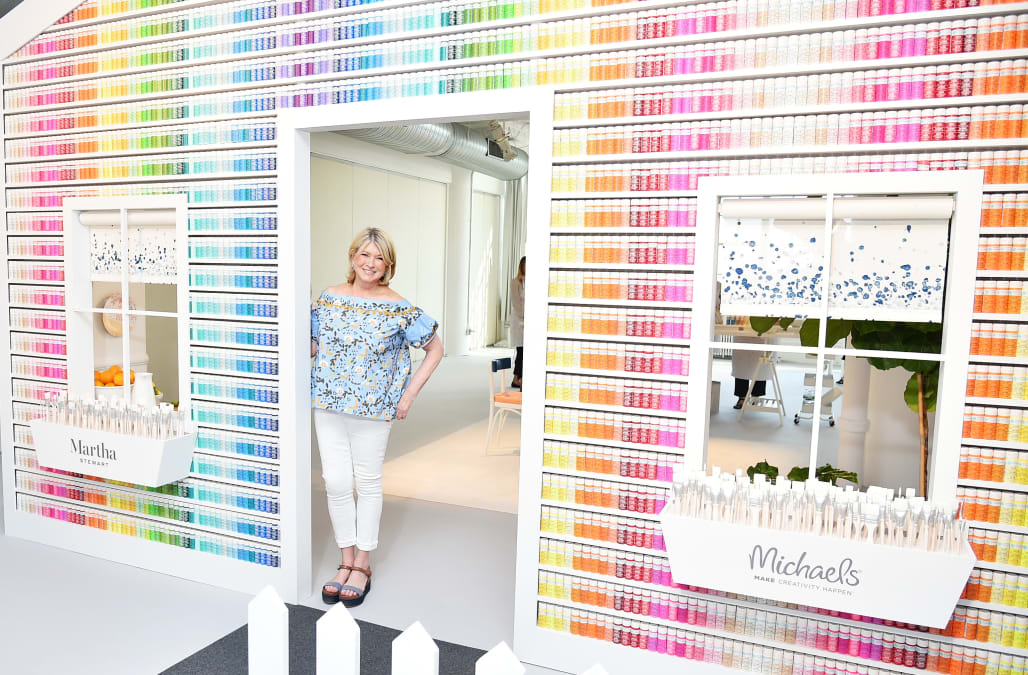 Martha recently wrapped filming for the next installment of VH1's "Martha & Snoop's Potluck Dinner Party," during which the famously tight duo invites celebrity guests to enjoy a big home-cooked meal. Last season featured guests including Seth Rogen, Jason Derulo and Naya Rivera -- and the upcoming season is just as star-studded.

"We had Jamie Foxx, who's one of the most talented musicians ever. He's fantastic. He can sit down and play the piano and play any tune from any time," Martha said. "He's very well-versed in the classical as well as rap and hip-hop and everything else."

Another favorite guest was "Empire" star Terrence Howard, who has a secret talent Stewart can't get enough of: "He's very talented -- he's a scientist. He designs the most beautiful lighting fixtures you've ever seen," she revealed. "He makes them out of special polymers; they look like molecules. He wants to disprove the theory of relativity, oh my God."

But of course, nobody compares to Snoop -- except, maybe, his mother. "I don't know how old she is, but she's fantastic-looking and so lively!" Martha said. (For the record, her name is Beverly and she does look amazing at 66.)