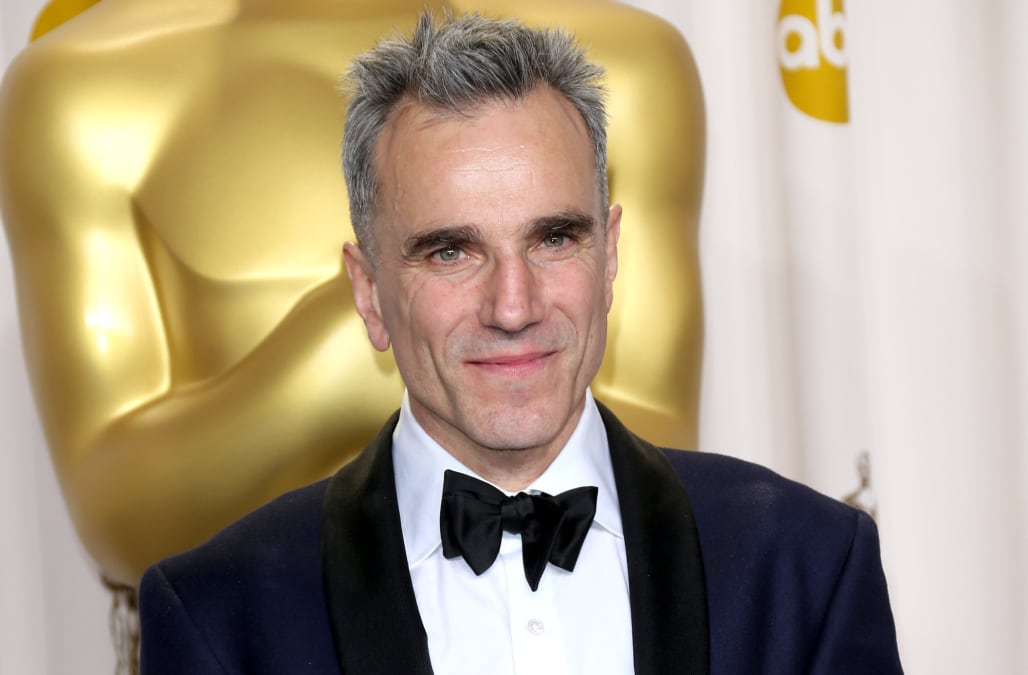 Three-time Oscar winner Daniel Day-Lewis, widely considered one of the preeminent actors of his generation, is retiring from acting, Variety has learned.

The 60-year-old star, who has played presidents, writers, and gang leaders in a career that has spanned four decades, has one final film awaiting release, "Phantom Thread," a drama set in the world of high fashion. It is scheduled to hit theaters on December 25, 2017 and reunites him with Paul Thomas Anderson, who directed Day-Lewis to a best actor Oscar in 2007's "There Will Be Blood." Day-Lewis intends to help promote the movie, according to a person familiar with his plans.

He did not give a reason for his retirement. In a statement, Day-Lewis' spokeswoman, Leslee Dart, confirmed the news: "Daniel Day-Lewis will no longer be working as an actor. He is immensely grateful to all of his collaborators and audiences over the many years. This is a private decision and neither he nor his representatives will make any further comment on this subject. "

27 PHOTOS
From 'A Room with a View' to 'Lincoln': Daniel Day-Lewis Style Transformation
See Gallery

From 'A Room with a View' to 'Lincoln': Daniel Day-Lewis Style Transformation

Daniel Day-Lewis is photographed in October 1989 in New York City.

62nd Annual Academy Awards with Daniel Day Lewis and Jodie Foster after Lewis won the award for Best Actor for his performance in "My Left Foot."

Daniel Day-Lewis and Madeleine Stowe attend the premiere of 'The Last of the Mohicans', in which they both starred, 4th November 1992.

Daniel Day-Lewis, director Martin Scorsese and Leonardo DiCaprio in Paris for the premiere of "Gangs of New York" in January 2003.

Daniel Day-Lewis accepts his "Actor" for Outstanding Male Actor in a Motion Picture for "Gangs of New York" at the Ninth Annual SAG Awards in March 2003.

Inside Daniel Day-Lewis and Adrien Brody during Miramax 2003 MAX Awards - Inside at St. Regis Hotel in Los Angeles, California.

"The Ballad of Jack and Rose" Portraits Camilla Belle and Daniel Day-Lewis in January 2005.

Actor Daniel Day-Lewis poses at the photocall for "The Ballad Of Jack And Rose" at Hotel Kempinski during the day 8 of Marrakesh International Film Festival 2005 on November 18, 2005 in Marrakesh, Morocco.

Daniel Day Lewis attends the There Will Be Blood photocall during day two of the 58th Berlinale International Film Festival held at the Grand Hyatt Hotel on February 8, 2008 in Berlin, Germany.

Daniel Day Lewis attends the There Will Be Blood photocall during day two of the 58th Berlinale International Film Festival held at the Grand Hyatt Hotel on February 8, 2008 in Berlin, Germany.

Day-Lewis is the performer to ever win three best actor Oscars, for the title role in Steven Spielberg's "Lincoln," his turn as a rapacious oil man in "There Will Be Blood," and his performance as writer and artist Christy Brown in "My Left Foot." He earned two other Academy Award nominations for "Gangs of New York" and "In the Name of the Father."

Day-Lewis has been praised for his shape-shifting acting and versatility. He is known for going to extreme lengths for his performances, frequently remaining in character off-screen. He has also starred in musicals ("Nine"), adventure epics ("The Last of the Mohicans"), and period dramas ("The Age of Innocence").

The method master once learned Czech to play a philandering doctor in "The Unbearable Lightness of Being," listened to Eminem records to channel rage in "Gangs of New York," and confined himself in a wheelchair for "My Left Foot" to play Brown, who had cerebral palsy.

Day-Lewis, who is the son of poet Cecil Day-Lewis and English actress Jill Balcon, made his screen debut at the age of 14 in a bit part in 1971's "Sunday, Bloody Sunday." He first gained attention on the stage and on television before dazzling critics in 1985 with the one-two punch of "My Beautiful Laundrette" and "A Room With a View," convincingly playing a street tough and an Upper Class Edwardian.

Although he has remained in high demand, Day-Lewis is also known as being highly selective, often waiting years between projects. In the late '90's and early aughts he appeared to give up acting for a while, reportedly working as a cobbler before Martin Scorsese convinced him to return to the screen for "Gangs of New York."

Day-Lewis has three children and is married to writer and director Rebecca Miller.