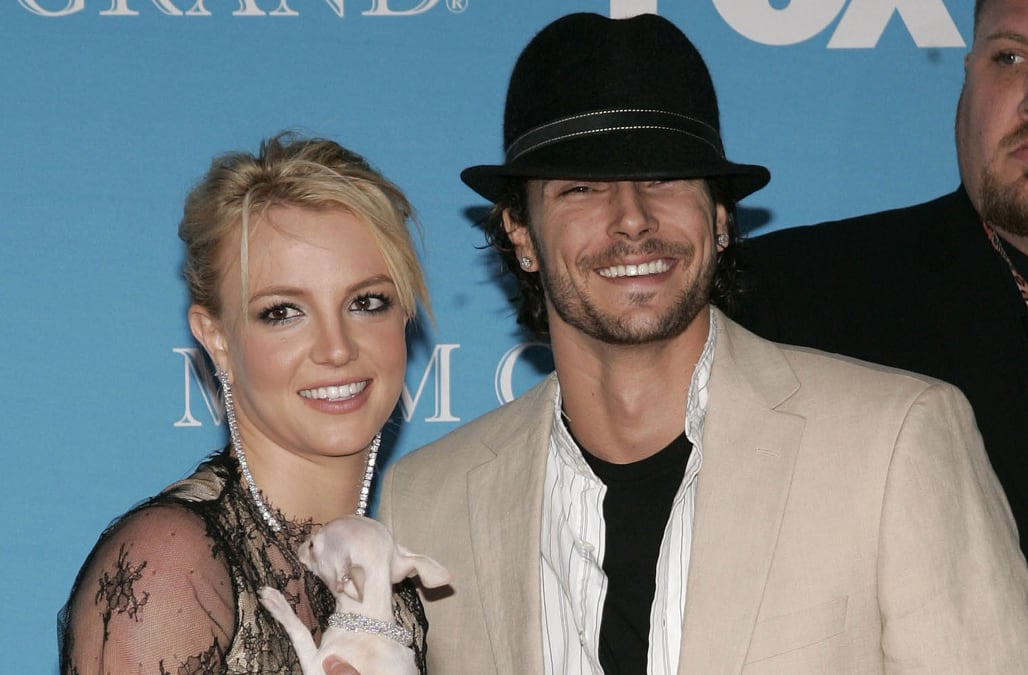 Kevin Federline has largely stayed out of the headlines since his split with ex-wife Britney Spears, partially because of the part-time DJ/rapper's now full-time focus on parenting.

In a new interview with BravoTV's Personal Space, KFed spoke about his experience co-parenting and raising six children. Because Federline has been focused on parenting Kaleb Federline, 12, and Kori Federline, 14, with ex Shar Jackson, and Jayden Federline, 10, and Preston Federline, 11, with ex-Britney Spears -- as well as his two daughters with wife Victoria Prince -- he said, "Having six, it feels like you're trying to control a basketball team. But it's worth it. All my kids are great; they get along. By the time you have six, you are so well-seasoned."

See photos of Kevin Federline and Britney Spears together:

Though Federline said he "can probably change a diaper with one hand and feed a kid at the same time," parenting hasn't come without its challenges for him. The DJ said co-parenting with Britney Spears has gotten better over time, but also explained it never gets easier while they're away on tour: "I'm used to not having all my kids, and this is gonna be one of those years. When you are co-parenting, you have to be willing to give up some of the things you would really like to do. My boys will be gone, their mom's off in Asia on tour. They are with me until the 15th, and then they are gone for the rest of the month. So I won't have the boys for Father's Day."

When his sons are back in the States, though, he said he works with Preston, who is interested in the "EDM trap music scene," on learning how to DJ. So a future KFed x Spears family collaboration could be in the works a few years down the road.

Britney Spears and her kids Sean Preston and Jayden James
Throwback to exploring London with the boys! Can't wait to be back for #PieceOfMe next week! 🍎🍎🍎 #TBT
Every year i come back to this tree. It’s beautiful! ⭐️⭐️⭐️⭐️⭐️⭐️⭐️
Love when we go to our favorite spot on Sundays 💕🥞 The boys are bigger than me now!!!!! 😜
Painting feels so therapeutic to me! Getting to do this with my boys on a beautiful day like this is such a blessing!!!
This was from our lil trip to see Aladdin. What a great show!!!!
🐠🦋🐠 So much fun at this beautiful place
Me and my boys enjoying the warm weather!!! 🕶🌴🌊⭐️
Jumping for joy because school is out for the holidays!! 🎄
Enjoying the holiday break! 👟🍎
Going for a walk with my son and the dog always does wonders for my mood...
YES! JOY IS ALL AROUND! 🎄🎁🎄
My favorite boys at my house for Thanksgiving!!!! 🦃🦃
I did this shoot two years ago with my friend @glennnutley... I remember being on my knees, making sure my sons’ hair stayed straight!! #FBF
Dinner with the boys!!! 🍔🍔🍔
I took these photos of my children before my trip this summer… looking back at the photos I've taken of them, it brings me to my knees everyday to see how blessed I am to have such amazing and inspiring kids!!!!! Let’s stay inspired y'all!!!!! ❤️
My boys!!! #tbt
Brushy brushy brushy!
My son looks so handsome with his new haircut 💇‍♂️💇‍♂️💇‍♂️💇‍♂️💇‍♂️
Before Sky Zone!
Miss my boys 💘💘
Who wants to go to Texas? ☺️
No homework! Best day ever!
Right before the boys went to their play last week ☃️☃️☃️ #tbt
Family time ☀️
My son received an award at school today for being the best encourager!!
❤
The socks 😂😂🙊🙊💜💜💜💜💜💜
Photos of my boys taken about a year ago. They're such lovely young men. It's simply the sweetest gift being a mother
Beautiful parrot in Hawaii!
The boys with @kennybritt18! Vote for him for Pro Bowl!! ☺️
Church with the family!
My son has blue hair!! Wheeee!
Goodbye Hawaii 😢 so sad!
Great Vegas trip!
The boys and I saw @disneythejunglebook this weekend and we give it ⭐️⭐️⭐️⭐️⭐️⭐️⭐️
Time for a haircut!
Fun in Vegas!
Dinner with my boys at one of our favorite spots 🎀🎀🎀
I'm so grateful for my wonderful boys!!! I couldn't be more proud of them!! Happy birthday, Jayden and Preston!!!! Love you! ❤️❤️❤️
Up Next