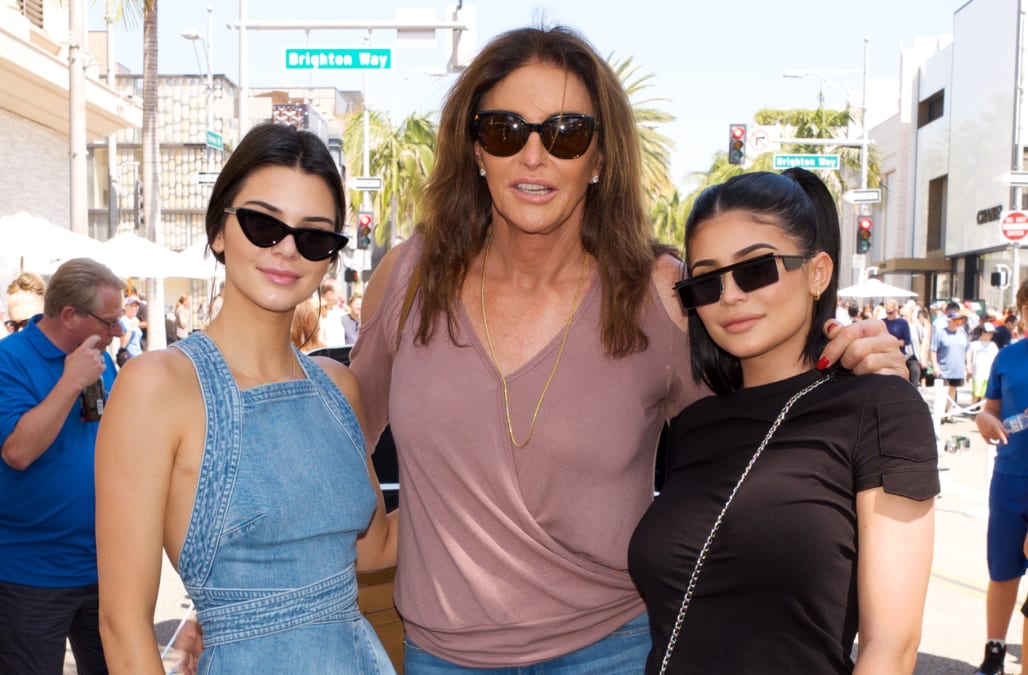 Have the Kardashian-Jenners decided to forgive Caitlyn for her tell-all memoir? Um... some have.

Kendall and Kylie Jenner posed alongside Caitlyn at an event on Father's Day, but if their social media is any indication, the girls weren't particularly keen on celebrating the holiday. Meanwhile, mom Kris Jenner created a photo college of all the special dads in her life: Kanye, Rob, Scott and the late Robert Sr. Notice anyone missing?

Caitlyn and her daughters posed for a photo together at the Rodeo Drive Concours d' Elegance in Beverly Hills on Sunday, and they looked like a happy family, pet dog and all. (By the way, whose dog is this? Kendall only held her for one photo.) But social media told a different story. 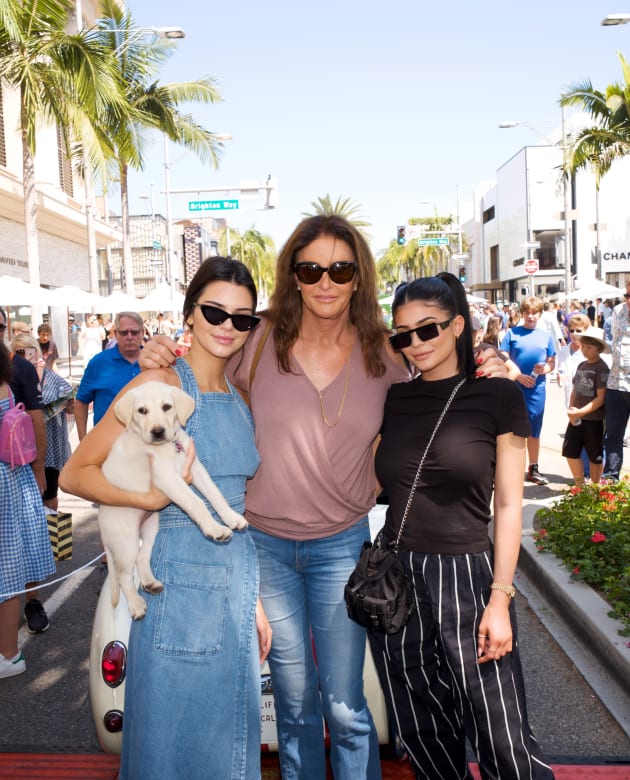 Despite the serene-looking professional photo, there's clearly still some animosity within the family. Neither Kendall nor Kylie acknowledged Caitlyn on social media, even though they were both actively posting: Kylie shared a pic of herself and Kendall, but Caitlyn is nowhere to be seen. Later, she posted another photo from the event, captioning it "daddy's day" -- but again, no Caitlyn. Kendall also shared a photo on Father's Day, but it had nothing to do with the holiday.

For her part, Caitlyn did share a version of the above photo, writing, "Good day at the Father's Day car show on Rodeo Drive with my girls. Happy Father's Day to all the dads out there."

Meanwhile, mom Kris Jenner made a strong statement with her very telling Instagram collage. The Kardashian matriarch wrote a lengthy caption celebrating all the dads, but there's not even the slightest nod to Bruce or Caitlyn. Kendall and Kylie are not in the collage, but all her other children and grandchildren are.

Plenty of fans called out the snub, writing comments like "Where's Caitlyn??" and "The sun may be out, but there's plenty of shade here."

Just another day in the Kardashian-Jenner world.