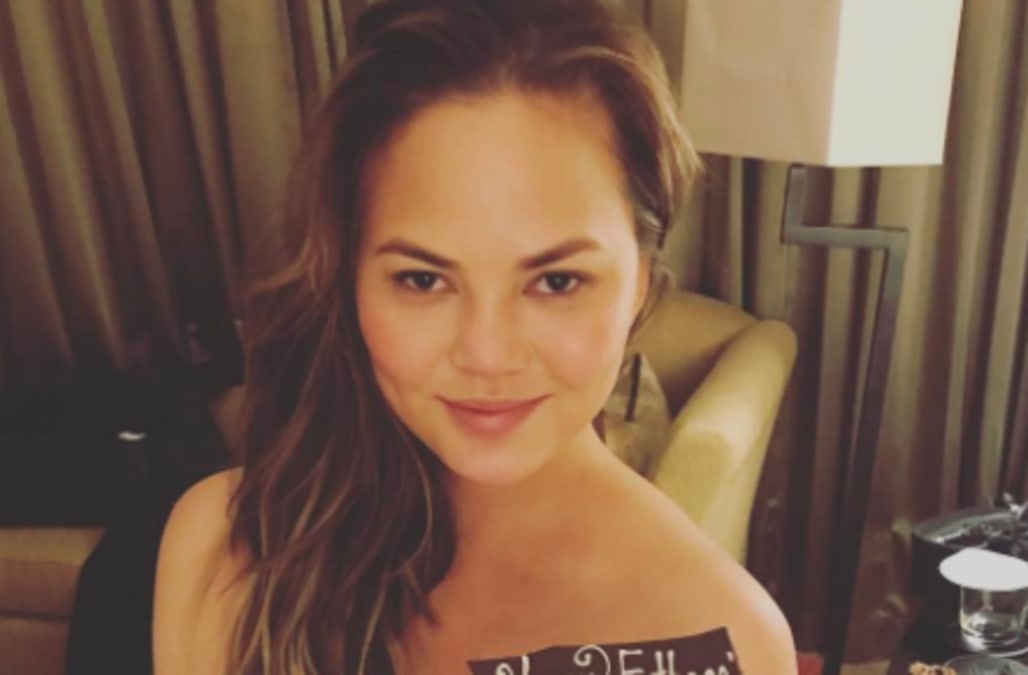 Chrissy Teigen surprised husband John Legend on Monday with the ultimate Father's Day gift: Herself. (And a cake.)

Legend was unable to spend the holiday with his wife and daughter Luna because he's off on tour, but Chrissy worked her magic for a late Father's Day celebration: "Successfully surprised John with a secret trip to see him in Boston :) gift level 10/10," she wrote on Instagram.

The caption doesn't quite capture it all -- Chrissy is in bed totally naked, her body hidden only by a decadent chocolate cake. She's partially under a white comforter, but no doubt about it, she's very much sans undergarments.

Chrissy is no stranger to nude Instagrams: Before the Met Gala in May, she shared a snapshot of herself and John nude in bed.

The model, mom and Twitter comeback queen celebrated her man on Sunday with an adoring photo. "10 years ago, I didn't think he could get better, then I got to see him as a father," she wrote. "I don't know how or why Luna, my family and I got so lucky in this life but I will stop questioning and just be grateful."

Later, she also paid tribute to her own father, a man who "never stopped working to make sure we had the best life possible," she wrote.

John is performing in Boston on Monday night, and his tour continues through the end of June with stops in New Jersey, New York and New Orleans.