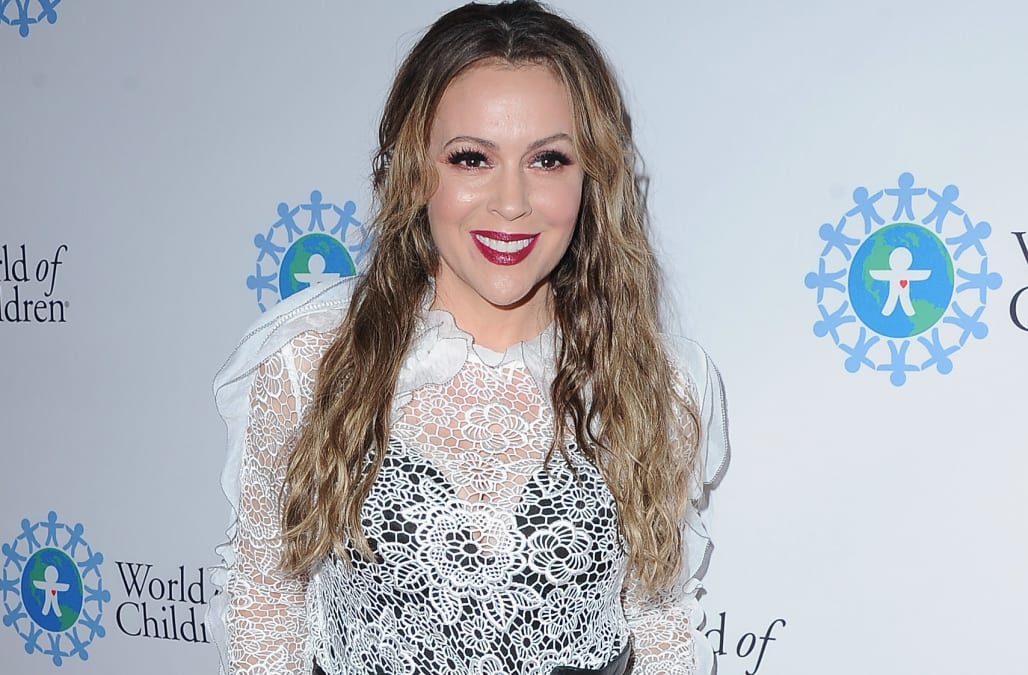 Alyssa Milano and husband David Bugliari are suing their former business manager and asking for at least $10 million in damages, claiming he and his firm led them to financial ruin.

In court papers obtained by ET, the 44-year-old actress accuses accountant Kenneth Hellie and his firm Hellie, Hoffer & Company of leaving the couple "with millions of dollars of debts" and "their credit in ruins." According to the lawsuit, the firm failed to competently perform "the most basic and crucial function of business managers," then engaged in an alleged cover-up of the "escalating financial chaos" they created by allegedly withholding and actively concealing information from them.

The suit filed on June 12 also alleges Hellie forged Milano's signature on checks, failed to pay overdue bills and taxes, and coerced her into making bad investments in which he allegedly had a stake.

Milano worked with the firm for a decade and terminated their relationship last June. She says she was left in the dark about the true state of their financial plight, and even turned down lucrative financial opportunities she claims she wouldn't have if she's been aware of her money issues -- for example, a third season of the show Mistresses in 2014.

PHOTOS: Alyssa Milano out and about

24 PHOTOS
Alyssa Milano out and about
See Gallery

"Had Defendants properly advised Plaintiffs of their precarious financial state, Milano would never have turned down a job which would have generated $1.3 million for Season 3, and the potential for an even more lucrative renegotiated deal for Season 4," the court documents read.

"A review of Plaintiffs' financial records by their new business manager disclosed extensive malfeasance which left Plaintiffs' finances in shambles," the documents continue. "HHC's files included financial documents with forged signatures, loans from Plaintiffs' accounts to other HHC clients at times when Plaintiffs had insufficient funds to meet their own financial need .... undisclosed and unapproved capital contributions to a failing investment in which Hellie personally invested and late home mortgage payments for eight of the prior thirteen months. The full extent of Defendants' breaches and the havoc created on Plaintiffs' finances are still being investigated."

Hellie responded to the lawsuit on Monday, telling Variety, "I'd like to say something. Obviously a lot of it's like the Johnny Depp situation. I can't say anything just yet."

Depp accused the Management Group (TMG) of defrauding him out of tens of millions of dollars in a lawsuit in January, claiming the group mismanaged his finances and took out loans without his approval. Depp's ex-managers then filed a countersuit and claimed that the actor was kept fully informed that he was allegedly spending more than he was taking in.

Milano and Bugliari's attorney, Ellyn Garofalo, responded with a statement to ET on Monday.

"We anticipated this defense. Nothing could be further from reality. Alyssa and David live a relatively modest lifestyle centered on their family. It is unfortunate that Mr. Hellie finds it appropriate to blame the clients who trusted him rather than take responsibility for his own negligence and misconduct."

WATCH: Alyssa Milano Fights With Wendy Williams Over Breastfeeding -- I'd Feed My Baby Right Here on Your Show

Milano and Bugliara share two children -- Milo, 5, and Elizabella, 2. ET spoke with the former Charmed star in October, when she dished about her kids' different personalities and whether or not they'll follow in her showbiz footsteps.